Virtual reality targeted at the visually-impaired 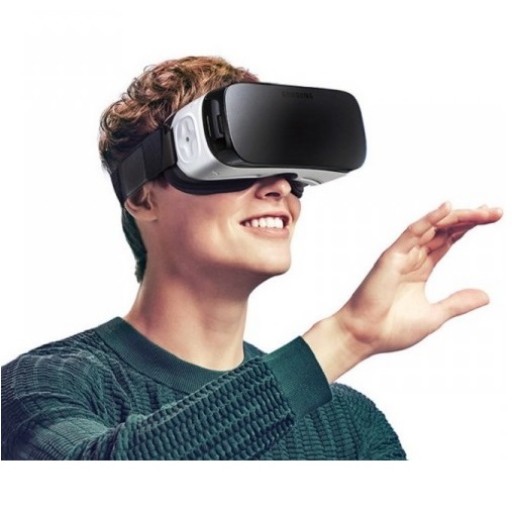 If you don't mind walking around with a big, clunky virtual reality headset strapped to your face all day, then Samsung's recently-launched 'Relumino' visual aid application for Samsung's Gear VR may a godsend for those visually impaired.
While hardly a mainstream product, the new release highlights the boundless opportunities for virtual reality applications.
So how does Samsung's Relumino compare to alternate solutions?
Those who are visually impaired have had options available to them, through both smartphone apps, as well as expensive wearable technology.  Many of the smartphone apps are limited in their ability to provide the user with actual visual enhancement, instead focusing on mere object identification. The extremely pricy wearable technology does provide visual enhancement and clarity, but is often far too expensive for those who could benefit from it.
Some of the apps focusing on object detection include ‘Be My Eyes’, ‘Aipoly Vision’, and ‘TapTapSee’.  Be My Eyes works a little differently than the next two, but still works via object detection.
Using this smartphone app, blind or visually impaired individuals are matched up with volunteer “sighted” individuals, who then describe the objects they see through the impaired user’s smartphone camera.
An obvious problem many blind or impaired people may take issue with, is the fact there can be no privacy based on the nature of the app’s functionality.  Assistance with certain private documents, information, or images cannot be performed without the “sighted” individual becoming privy to this information.  Another problem many persons with disabilities face is the lack of independence.  Depending on others to provide assistance in everyday tasks turns certain individuals off, which would definitely eliminate the Be My Eyes app as a viable tool for such an individual.  Even with its limitations, this app is free, and offers an opportunity for individuals to experience their world in a way they otherwise wouldn’t be able to.
Aipoly Vision and TapTapSee are also smartphone applications, which are available for free download, though Aipoly Vision does offer a premium monthly subscription for $4.99 per month.  Their technology works by “recognizing” pictures or live video, taken by the blind or visually impaired user.  Aipoly Vision uses thousands of programmed recognizable visuals which, when identified by the software, communicates the information to the user.
TapTapSee works a little differently, in that it analyzes each individual set of visual data, and describes what is seen through text or audio functions.  Both of these apps effectively allow the user to privately and independently seek and understand information and visuals.  However, as I stated earlier, there remains another level of visual assistance, the likes of which serve to actually enhance and restore certain portions of vision to those who are merely visually impaired.  Neither of the aforementioned apps are capable of delivering this type of visual assistance.
Cue Samsung’s ‘Relumino’ visual aid. 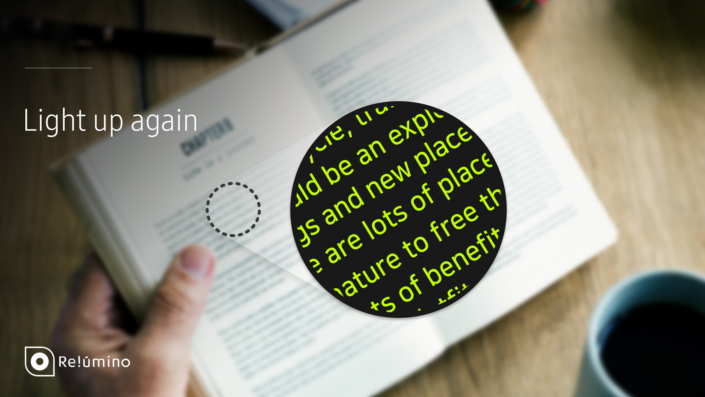 Not only will this hot new technology be available for free, through the Oculus Store, but it will serve to change the way individuals see and interact with their world.
Samsung Newsroom published an article detailing the capabilities of its visual aid technology, which described the various functions, assisting a variety of visual needs.  They explain how images processed through the rear camera of a smartphone, are then displayed to the user, to suit their individual needs.  The functions featured through this app include image magnification and minimization, highlighting certain objects’ outline, adjusting color contrast and brightness, reversing color, and screen color filtering.
Each of these features allow the individual to see images or text more clearly.  The app also helps those who suffer from blind spots or tunnel vision.  For these users, the unseen visual information is moved to areas where there is no impairment, and meticulously put together with the existing information, to create an image containing the previously missing information, while maintaining the overall visual story.
While there are other similar devices in existence, like the eSight wearable visual aid device, Samsung’s Relumino visual aid provides competitive and innovative visual enhancement technology without costing the consumer thousands of dollars.
This is a wonderful example of tech aimed at helping those in our society who truly need it, without pricing most of those individuals out by charging outrageous sums of money.

I was born in Oakland, CA, on April 4, 1987. I attended Las Plumas High School, in Oroville, CA. My wife and I were married in December 2009. We have two beautiful girls. I currently work at Graphic Packaging, in Oroville, as a Department Lead.