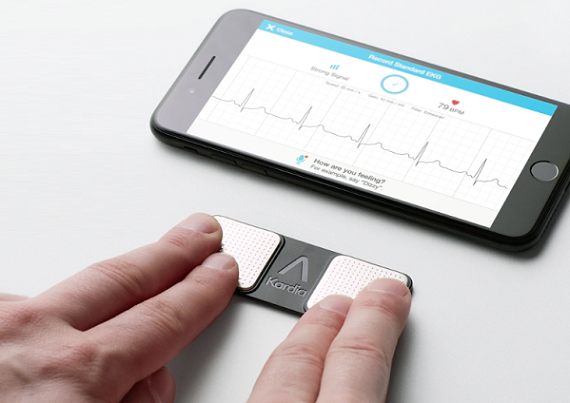 This is a very serious problem, one that technology companies like AliveCor, the developer of a device that can turn any smartphone into a clinical-quality ECG (electrocardiography) recorder, are tackling. On Thursday, the company made two big announcements, one involving a big new funding round, and the other a new kind of platform that uses artificial intelligence to help stop strokes.

First, AliveCor revealed that it has raised $30 million in Series D funding. The round was led by Omron Healthcare and Mayo Clinic.

AliveCor says that it will use the new money to "accelerate innovations in heart health and continue the rapid expansion of the business," as well as to expand its team.

"One key area of focus is engineers as the company looks to expand its focus to include engineers with specialized skills like A.I. We want to continue the engineering work we’ve been doing with Kardia Pro and become a leader when it comes to machine learning and EKGs," Vic Gundotra, CEO of AliveCor, told me.

In addition to the funding, AliveCor also made a major announcement regarding its platform, unveiling the U.S. release of Kardia Pro, an artificial intelligence-enabled platform for doctors to monitor patients.

"To manage heart disease and stroke risk, we knew that cardiologists wanted to see more than just EKGs from their patients. We created Kardia Pro to track important measures of physiology like weight, activity and blood pressure and for the first time, AI technology is used to create a personal heart profile for each user, enabling user identification," said Gundotra.

"This new platform enables doctors to be better doctors and patients to be more active participants in their own health. This is truly a revolution in healthcare and it drives the industry forward into the 21st century. Heart disease is the number one cause of death for men and women worldwide and Kardia Pro’s first AI-enabled platform helps the doctor see things that were previously not available to human eyes, and we’re just getting started on unlocking the secrets of heart health."

"First, it helps keep the data clean. If a doctor is monitoring your health using Kardia Pro, she can be more confident that the data she is reviewing is truly her patients, and not someone else's," Gundotra said. "Second, and even more exciting, is that in the future, a heart profile may be able to find, and flag to your doctor, important changes in your ECG." 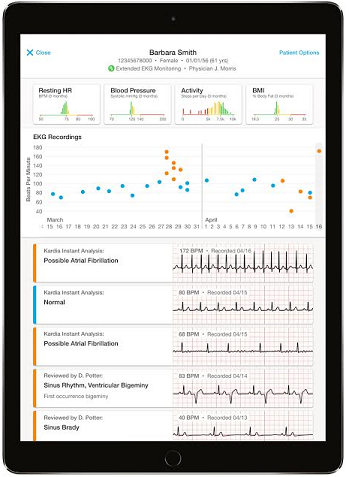 Kardia Pro is a platform designed for doctors, to allow them to monitor patients for early detection of atrial fibrillation. The patients who use Kardia Mobile include people with or at risk of a chronic heart condition called AFib or AF, a leading cause of stroke.

Other users include people who want to take proactive action against stroke and heart disease, such as those with a family history of heart disease or health-conscious people in general, as well as caregivers concerned about the heart health of a loved one and want to take an active role in the monitoring and management of their heart care.

Users of Kardia Mobile can start using Kardia Pro with their doctors if they prescribe and invite them to use the platform.

The new platform is part of whay made AliveCor a compelling investment for Omron Healthcare.

"AliveCor is compelling to us because of how proactive its platforms like Kardia Pro can make patients in their own healthcare. That kind of innovation means more awareness and real behavior change. Omron Healthcare’s mission is Going for Zero heart attack and stroke and we are connecting with partners who share this bold vision and are committed to pursuing it," Ranndy Kellogg, president and CEO of Omron Healthcare, told me.

AliveCor's core product is its Karbia Mobile ECG device, which records accurate ECGs and heart rate on their mobile device via the AliveCor app. Users just put their fingers on the device's electrodes, without any wires, patches or gels required and, as long as they are within 12 inches of their smartphone or tablet, it will take an EKG recording. Users just have to pay a one time fee of $99 to access Kardia Mobile.

The device allows users to track medications, symptoms, such as palpitations and shortness of breath, habits like caffeine or alcohol consumption, and activities like exercise or sleep. Users can also record voice memos with each EKG to record their how they are feeling. Ultimately, this makes it easier for patients to share ECGs, AF episodes and symptoms they are feeling with their doctor.

Over 5 million ECGs have been recorded from around the world.

The use of AI in healthcare has been on the rise. In 2012, there were only 20 companies in the digital healthspace that raised funds; by 2016, the number had more than tripled to 70 companies, according to data from CB Insights. 50 companies have raised their first round of funding in just the last two years.

In February 2016, speaking at Vator Splash Health, Gundotra was asked about what new technologies that he was seeing coming up. His answer was deep learning and artificial intelligence.

"What we can do with this data? Does exercise help or hurt your heart condition? Today we have the data to know, from millions of people, and that is just one of many examples of the kinds of insights we're about to derive for the first time. And I think it's going to lead to much better outcomes."

He predicted that such technology would be revolutionizing healthcare within 18 months. Only 13 months later, it's already here.

"We are excited to be supported by investors like Omron Healthcare and Mayo Clinic. These
partnerships further validate AliveCor as a medtech leader and we are looking forward to redefining
the role technology plays in delivering 21st century care," Gundotra said.

Lumiata is a data science company that is transforming healthcare by enabling hospital networks, health insurance companies and risk bearing entities to become predictive-first: Continuously able to predict the health, risk and cost of individuals and populations in real time and at scale.

Lumiata combines the analytical power of big data and data science with the brilliance of physicians and medical science to deliver hyper-personalized, actionable analytics that enable the entire care team to continuously know what to do, for whom, when and why.

Lumiata is a venture-backed company based in Silicon Valley, comprised of clinicians, data scientists, engineers and experts in care delivery. 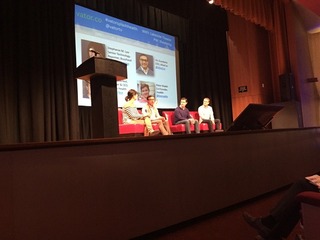 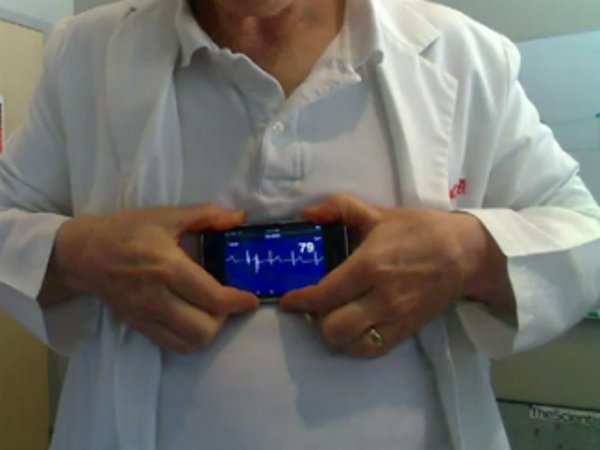 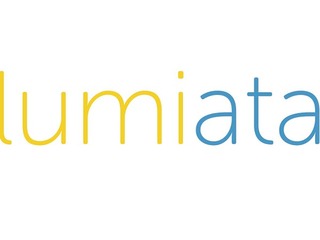