CEOs of Joyable, AliveCor and Mango Health discuss the demands, and future, of patient-centered care

Mango Health builds mobile products that allow consumers to lead healthier lives by better managing their medications, while AliveCor develops a device that can turn any smartphone into a clinical-quality ECG recorder and Joyable is an online program for overcoming social anxiety. It takes cognitive behavioral therapy and automating it.

During the discussion, the three CEOs took a deep dive into how consumers are becoming more accountable for their own healthcare, how doctors view their services and what they see as the future of technology in this space.

"How do you actually prove that it works?," Lee asked the panel. "Healthcare has been centered around providers and doctors for so long, how do you show that a new model that is patient-centered can actually work? How much evidence do you need to prove to consumers or investors or whomever that it can actually deliver outcomes?"

For AliveCor, the "greatest proof is that we are not a reimbursed product," said Gundotra, meaning that people have to spend their own money to buy it.

"Our sales are largely due to recommendations by cardiologists and word of mouth. So we the see the effect based on patient stories every day. That's a very, very powerful thing," he said.

"We also see the effect in our personal lives. In my situation, my father had a cardiac condition that almost killed him. We could see, over a period of three months, his deteriorating health. He would go up a hill and we could see that increasing. He went to see cardiologist, and they did an EKG and said, 'Paul, you're fine, go home.' Because they had a single point of data, but as his family we were monitoring that, we could see the decline. And so we that with the product all the time. People don't go one EKG, they do many EKGs a week, and they monitor their progression, or in some cases a regression, of their health. And they bring that to their doctor's attention. That's brand new. Science didn't have that capability, until recently, for a patient to walk into a doctor and say, 'Look at my data.' That's enough proof."

For Shalek, he believes the onus on outcomes in digital health is the same as personal health, where helping the patient has to come first.

"So we started from, 'What is the best literature available? What are the absolute best things you can do for people?' and then wrap around that the delight and engagement and making it as easy as possible for people. The other way risk doing something that people like but doesn't help them."

Ultimately, it's having people buy the product that proves its valuable enough that people want to pay for it.

"If you think about buying a car, you'd never but a car without knowing the quality of it, reading Consumer Report, or knowing its price. And, yet, that's exactly what people do with healthcare all the time. Even if you want to know the price of a service calling a hospital to ask for a price is one of the most frustrating experiences you can possibly have. So we found that just giving people that information about cost and quality, and allowing them to figure out what is efficient, and what they want, is a huge step toward solving this problem over the long term," said Shalek.

Mango Health, while complimentary to the other companies, also takes a different approach, Oberfest said since it uses software.

"It's software that's compelling enough to get people to download it, and recommend it to others," he said.

"The challenge we all face in generating evidence is that we are trying to marry data that's never existed before to traditional clinical decision making, and traditional practices, and that's a really tricky thing to do. Especially when, in order to generate that evidence, you have to work with very traditional healthcare organizations, that, for very good reason, in a lot of cases take a long time to make decisions about how they run and deploy programs. So, for companies like ours, I think it's a very difficult situation to build and operate a great consumer service that patients love, and, at the same time, focus on working with the leaders in healthcare that you need to to generate the evidence to prove that your products work. That's what I spent most of my time thinking about, how to balance those two things in an effective way."

Lee then asked the panelists how doctors have reacted to their services, and where a more patient-centric approach actually leaves the doctor.

All three said that they had good relationships with doctors, with doctors recommending Joyable and AliveCor to their patients.

Mango Health is the company that has the closest relationship to healthcare providers, and when it launched, Oberfest said he wasn't sure if it would be received well at all.

"Consistently, what we hear is that all those professionals seem to be grateful that the app takes care of an initial frontline of communication and support with the patient, that then frees the professional up to have higher value discussions with each patient. Their time is better spent on more important, complex issues and they seem to appreciate that. For us, that's a really important thing to know."

Toward the end of the discussion Lee asked what new technologies that they were seeing coming up, and were curious about, as well as which technologies they think are overhyped.

"The ones I'm most excited about are precision medicine and personal genomics, without a doubt. If you think about the idea of patient-centered healthcare, the potential there is absolutely fascinating to me,"Oberfest said. "For me, the challenging areas are the more mandate-driven technologies that are influencing the system and are fairly cumbersome. They create a lot of friction in the system, and we hope that will change."

"So far, speaking specifically to mental health, I think that wearables haven't lived to the hype. Really, they don't have the level of biofeedback necessary to inform people about an anxiety attack or giving them control of the data," Shalek said.

"If you went and saw a doctor, they would have more complex equipment that allows people to use meaningful biofeedback and so I'm particularly excited about the next generation of wearables that can measure things like heart rate accurately, that can measure perspiration, and that can allow Joyable to find when someone is starting to feel more anxious. You're sitting in class, and you raise your hand and you begin to perspire, and that can cue you something that could calm you and put you into a better place. So I'm very excited about, I don't know if its in the next two, or three, or five years, where wearables will go."

Gundotra gave the most interesting answer to this question. While he agreed with Shalek about wearables, which he said will "shock us with their accuracy," there's actually another piece of technology that is going to revolutionize personal health very soon.

"I would also add to that deep learning, artificial intelligence, what we can do with this data. Dos exercise help or hurt your heart condition? Today we have the data to know, from millions of people, and that is just one of many examples of the kinds of insights we're about to derive for the first time. And I think it's going to lead to much better outcomes."

The most shocking thing: rather than happening over the next decade, Gundotra thinks this will happen within the next 18 months! 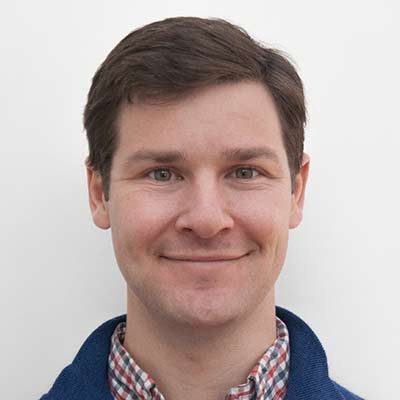 Co-founder & CEO of Joyable, where we aspire to free the world of anxiety and depression. Former health tech investor, founded and sold my first company in college. 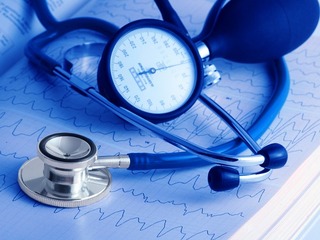