It was a joyous night of tech talks at the first “SplashX: Lessons for Entrepreneurs” in LA 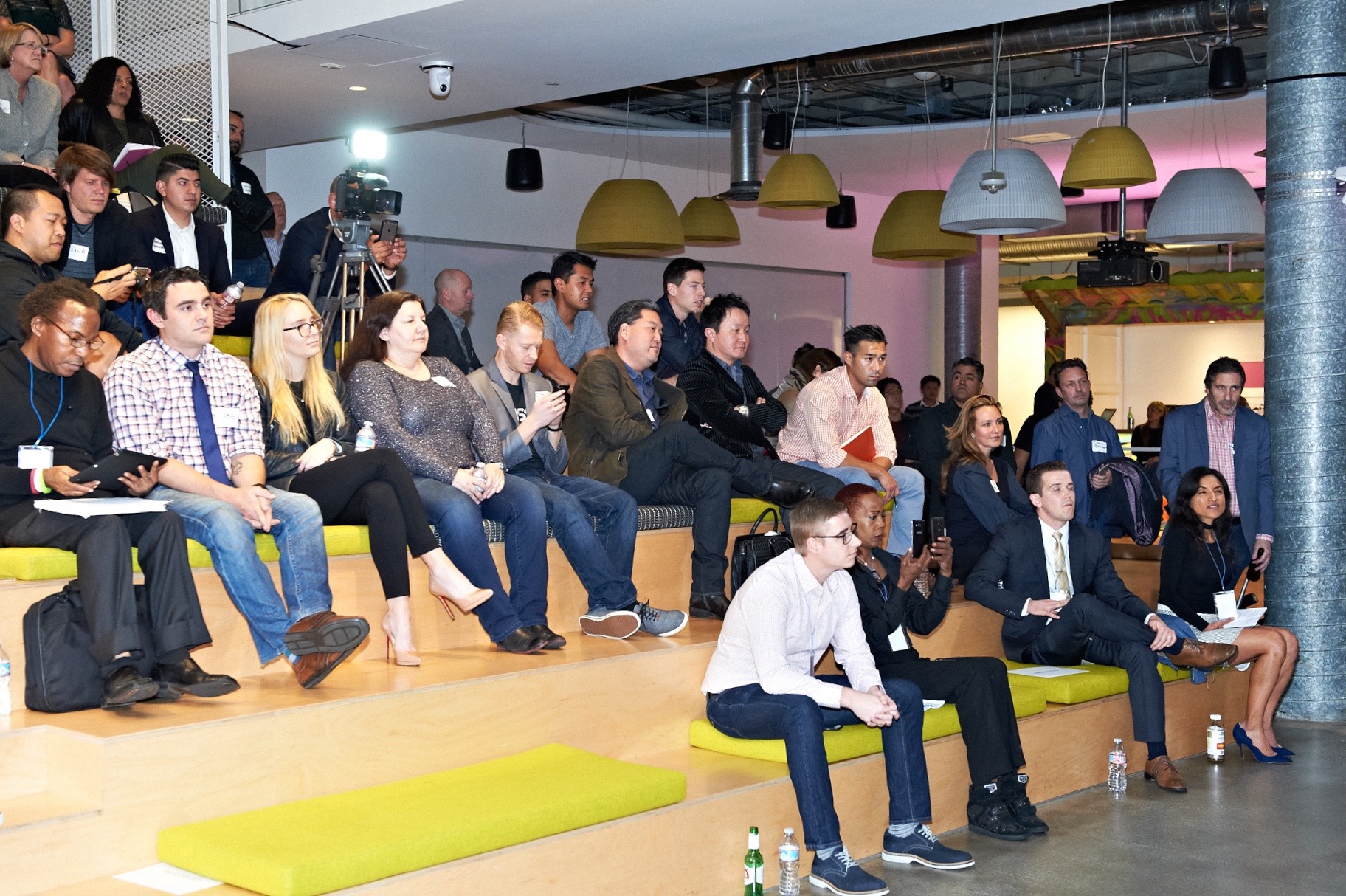 Six months ago, SplashX debuted in Oakland. On January 19, 2017, the LA inauguration of SplashX was launched. What is SplashX? SplashX is a new twilight tech talk series, where valuable lessons and inspirations are shared by founders and C-level executives from local startups that have reached a level of success by raising $15M+ in funding. Splash Talks and Splash Chats are 20 minutes of pure, raw wisdom about fundraising, building, and scaling a startup, proceeded by 10-minute audience Q&As.

As producer of SplashX LA "Joy Ventures," I was thrilled to see nearly 200 entrepreneurs, venture capitalists, techies, fashionistas, and curious minds turn out at the ultra chic headquarters of TechStyle Fashion Group in El Segundo, California. With the theme of “Joy Ventures” in mind, my goal was to spotlight three innovative SoCal-based tech companies whose products and services delight us: TechStyle, Events.com, and Saucey. I complemented the inspiring startup tales of these companies with riveting conversation by top LA-based VCs about the local funding climate.

Here’s my wrap-up of the event! 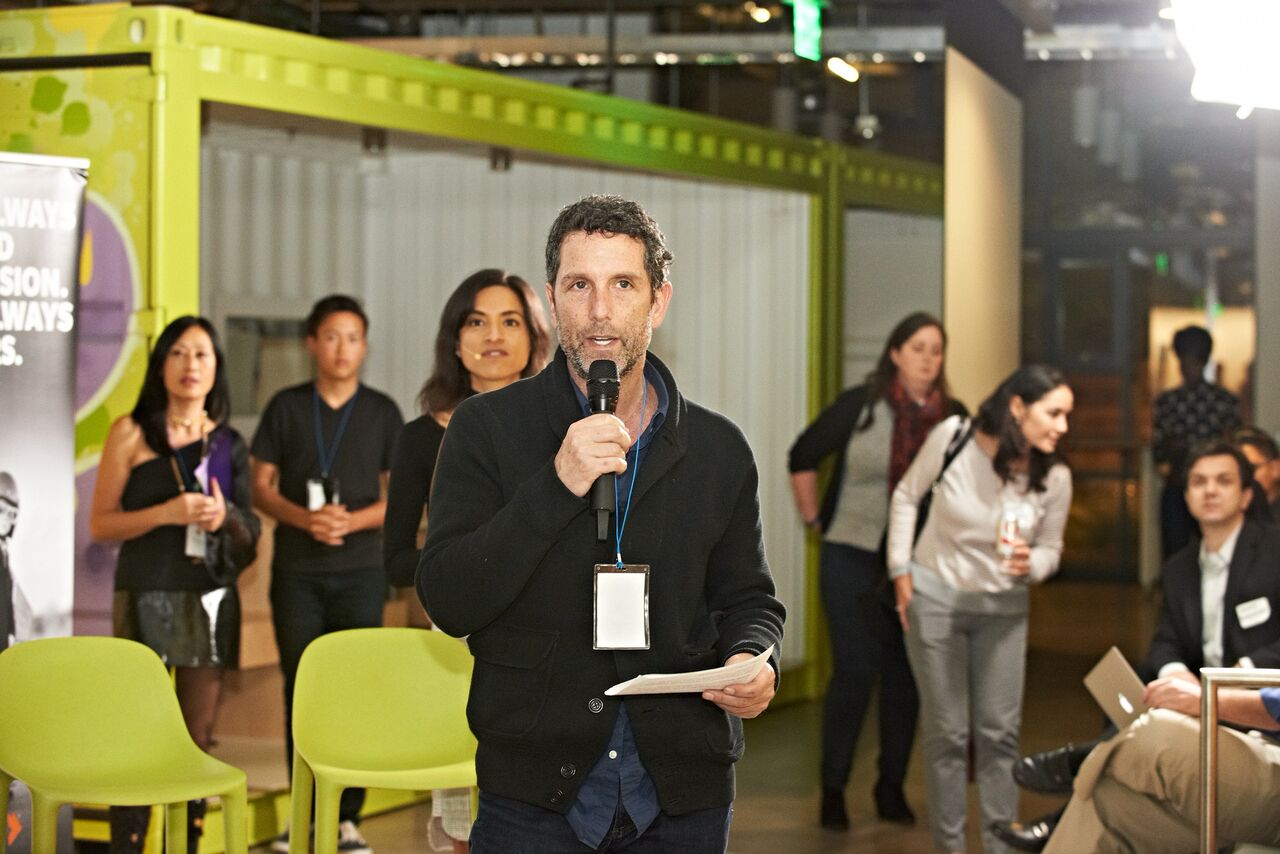 The night came to life as emcee Shawn Gold, CMO at TechStyle, kicked off the program with wit and charm. He pointed out that TechStyle still considers itself a startup because it’s constantly iterating and changing in order to test, launch, and scale fashion.

For this reason, Co-Founders Don Ressler and Adam Goldenberg graciously offered to host the event, as TechStyle considers itself an integral part of the LA startup ecosystem.

Take-away lesson No. 1 for the evening was humbling: The key to expanding a business empire and maintaining your competitive edge is to never stop thinking of your company as young, even after six years of growth and $250 million in funding, as TechStyle has done.

After Shawn, we had our first keynote speaker, Mitch Thrower, Founder and Chairman of Events.com, which has been part of the Vator Splash LA cohort since 2010. 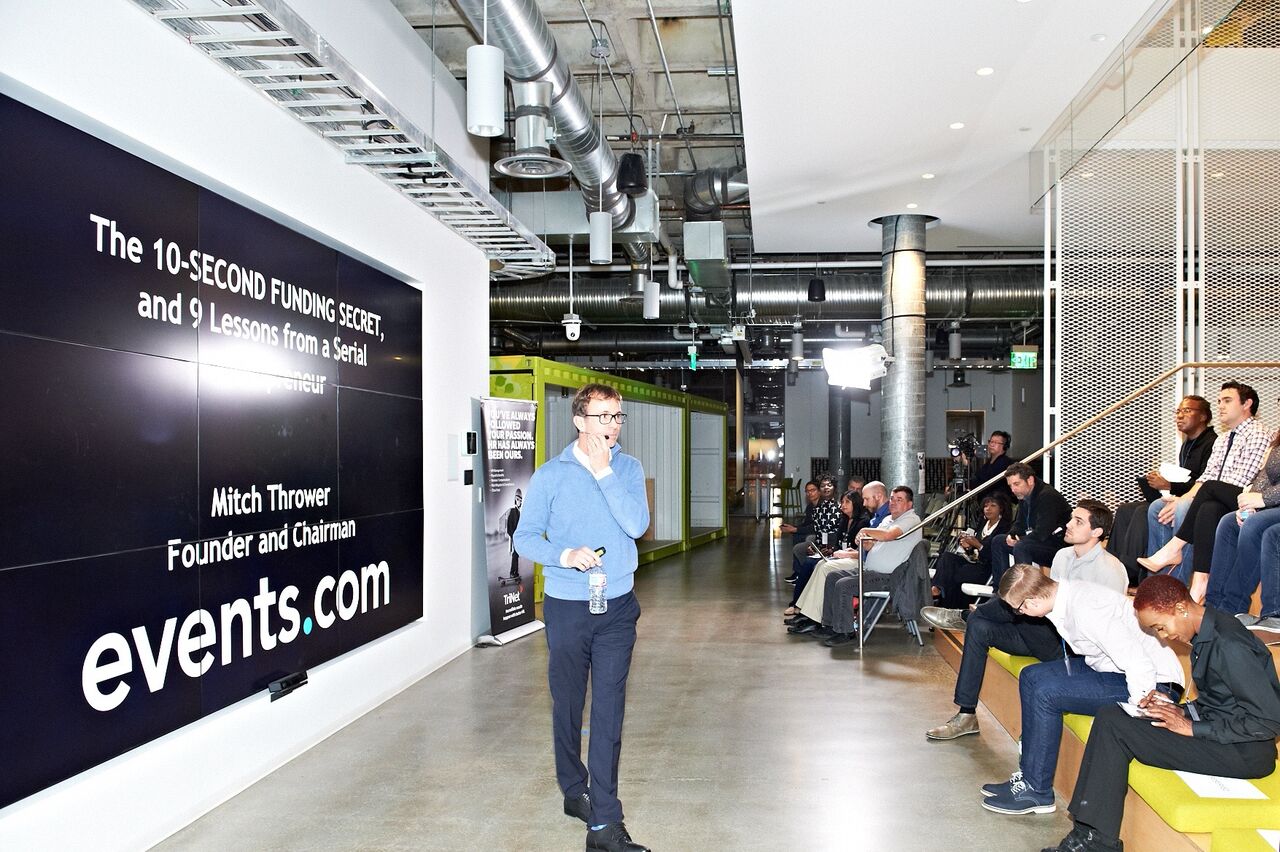 Mitch shared his experiences as a serial entrepreneur. His countdown of 10 funding secrets included insightful nuggets, such as: Find your #28 – Identify the people and moves that can accelerate your climb (Refer to Square #28 on the board game, “Chutes and Ladders,” which shoots you directly up to Square #84); read Venture Deals by Brad Feld and Jason Mendelson; Entrepreneurship and fundraising are both more of an art form than a science.

He strongly believes “People invest in People.” Therefore, we need to get off of email and connect in person!

He motivated the audience by closing his presentation with the question, “What kind of startup entrepreneur do you want to be?” 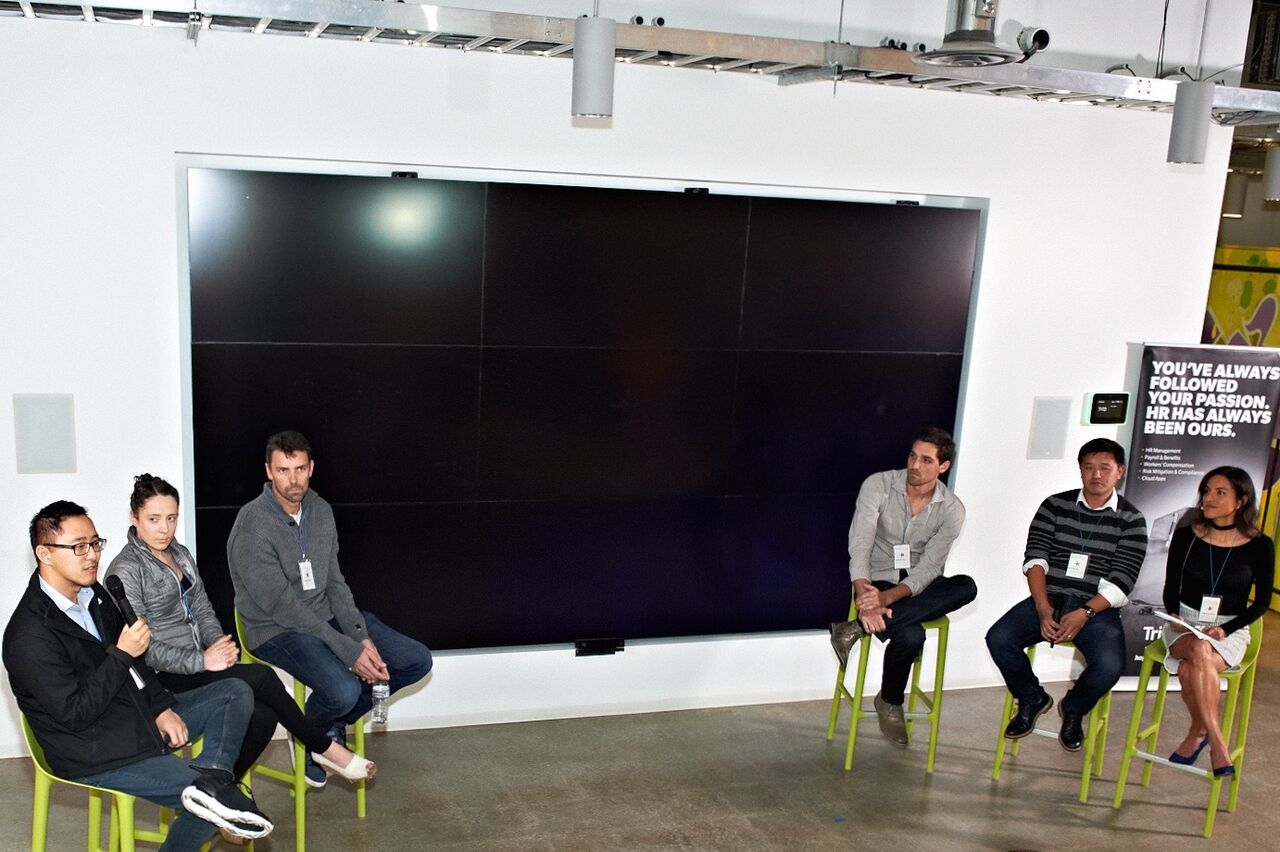 Next, Carmen Palafox, Partner at Make in LA, moderated a panel of savvy VCs on a discussion of “The Funding Landscape” in the SoCal startup scene. The group was mixed on whether or not 2017 looks bullish for early-stage investing.

Laurent Grill, Program Director and Investor at Luma Launch, noted that virtual reality and augmented reality are coming to the forefront, as well as healthcare tech and biotech.

According to Richard Jun, Managing Partner at BAM Ventures, the market is highly competitive, with a ton of great companies. He predicts more companies are going to go public in 2017.

Brian Garrett, Co-Founder and Operating Partner at Crosscut Ventures, believes there’s a glut of startups, so the system is going through a healthy cleansing. There’s more capital for pre-seed and seed than for A-round. It’s difficult to convince Silicon Valley C-Funds to do LA deals, but it’s not hard to convince Silicon Valley A-Funds to do LA deals.

Kevin Zhang, Partner at Upfront Ventures, thinks this year will be more or less the same as 2016, adding that LA needs more diverse sources and variety of local capital.

Colleen Poynton, Vice President at Core Innovation Capital, has observed that established fintech companies from other cities are starting to move to LA because of the local talent, so LA is becoming recognized not only as a place to discover local companies but also a place to build a new company. She went on to note that some of the folks from Bay Area venture firms are starting to show up in LA. Fintech, nextgen savings, and nextgen retirement tools are some of the hottest growing sectors in which her firm seeks to invest.

After an engaging Q&A between the mostly entrepreneurial audience and the VC panel, Brian Garrett announced that his firm, Crosscut Ventures, is holding an Open House on March 2nd, where startup founders can connect with four to six of the firm’s partners. Contact Sarah@crosscut.vc for more information.

Laurent Grill, of Luma Launch, also is looking for pre-seed candidates. He can be contacted at laurent@lumalaunch.com.

The show was capped with stories of the exciting adventures of Saucey, as presented by the company’s Co-Founder, Chris Vaughn. Saucey is an on-demand app for booze delivery in less than an hour. Funny and entertaining anecdotes of his company’s journey were thoughtfully woven with helpful tips for success. 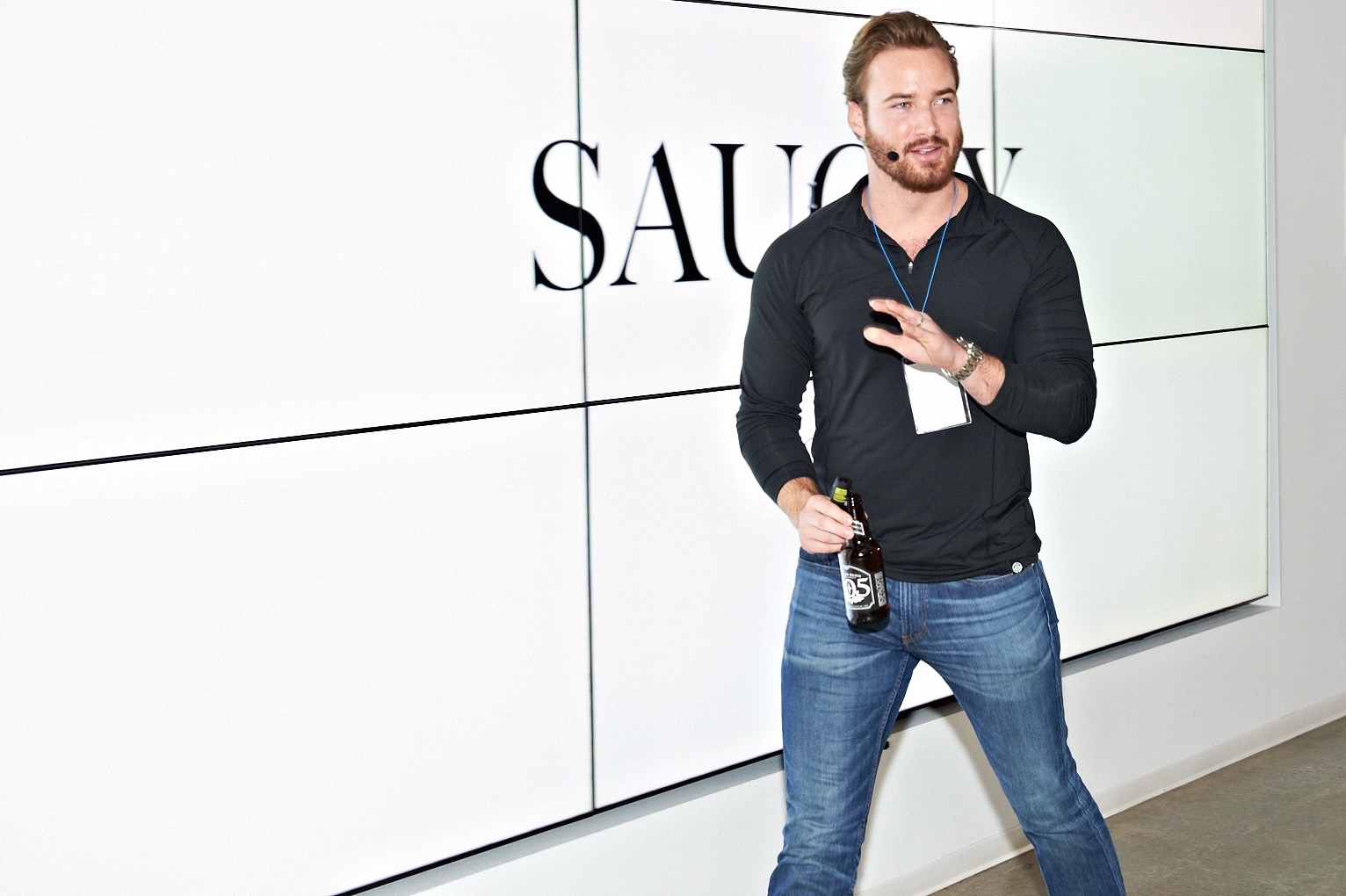 He stressed the importance of, “Get lots of eyes and the word out there,” and went on to give 6 pieces of advice:

1.  Address a real behavior: People don’t stock alcohol; most people don’t have a wine cellar. This is real and meaningful behavior that is being addressed.

2.  Brand matters: Brand is everything. It gives you freedom on how to address your customers. This is key to how Saucey came about and how they communicate with people.

3.  Should you raise capital? Does raising capital make sense for your company? Not always. Certain business models require capital, some don’t. VC firms miss about 80-90% of the time. However, any company that raises capital gets a huge amount of press.

4.  Hustle beats dollars: Get creative in getting noticed, such as delivery service by underwear models and male strippers.

Closing on a high note, he emphasized that “It pays to be a winner” and to always have confidence and believe in yourself.

Words of wisdom to live and grow by for entrepreneurs and investors alike.

Thanks to Adam Goldenberg, Don Ressler, Shawn Gold, Malory Katz, Lilli Weiner, Damon Cartee, Sean Allen, Elgin Willis, and William Miller at TechStyle Fashion Group for their generous contribution and support. Shoutout to all the dedicated volunteers who helped with pre-production and production – many of whom are up and coming entrepreneurs with their own startups to keep an eye on. And most of all, big thanks and appreciation to everyone who showed up for this fun inaugural LA event and made it a joyful start to 2017!

Read more from our "SplashX" series

Founder & President of LeadGenius shares his Splash Talk at SplashX

VC panel at the inaugural SplashX event in Oakland

Our team is building a community in Los Angeles dedicated to bringing hardware companies to market. Our background ranges from seed-stage businesses to public companies. With the backing of NEO Tech, we are able to apply professional manufacturing tools and other resources directly into programs and start-ups to maximize the odds of success.

Hardware can be costly and time consuming. It can be hard. But it doesn’t have to be that way. Our definition of hardware is broad, but we look for teams bringing a technologically advanced and tangible item to market.

We focus on developing the people behind the products, knowing that a talented team in the right place at the right time will be successful. Entrepreneurs and their business models are stress tested through a 4-month immersive crash-course to get to market.

We bombard you with resources which include access to production level and prototype level equipment, office space, warehouse and logistics, seasoned mentors from the hardware space, ancillary business partners, and good coffee. And checks up to $150,000 in the first year.

Saucey is the technology platform bringing the $113B/year retail alcohol industry online. With 80% of alcohol purchase decisions being driven by convenience, Saucey uses delivery to address the top buying behavior for alcohol: impulse/convenience driven buying. This results in Saucey outperforming any traditional retailer by capturing more than 5X the purchases form an alcohol consumer, as well as unlocking Direct-to-consumer Marketing/Data for brands in an otherwise regulated industry. Saucey is building the future of retail in one of the most archaic brick n' mortar industries in the world. 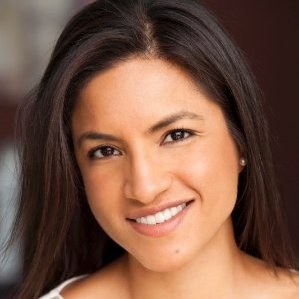 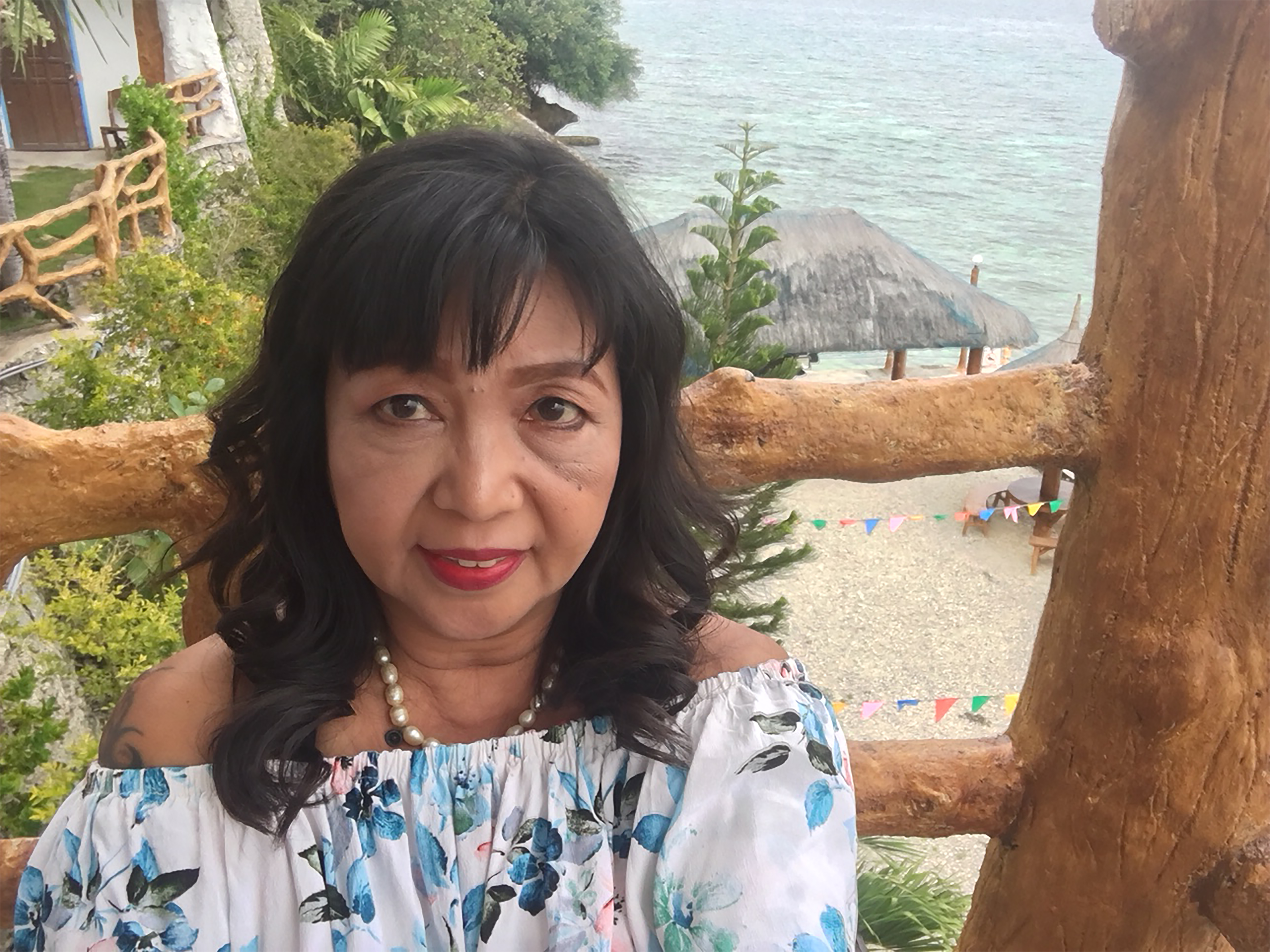 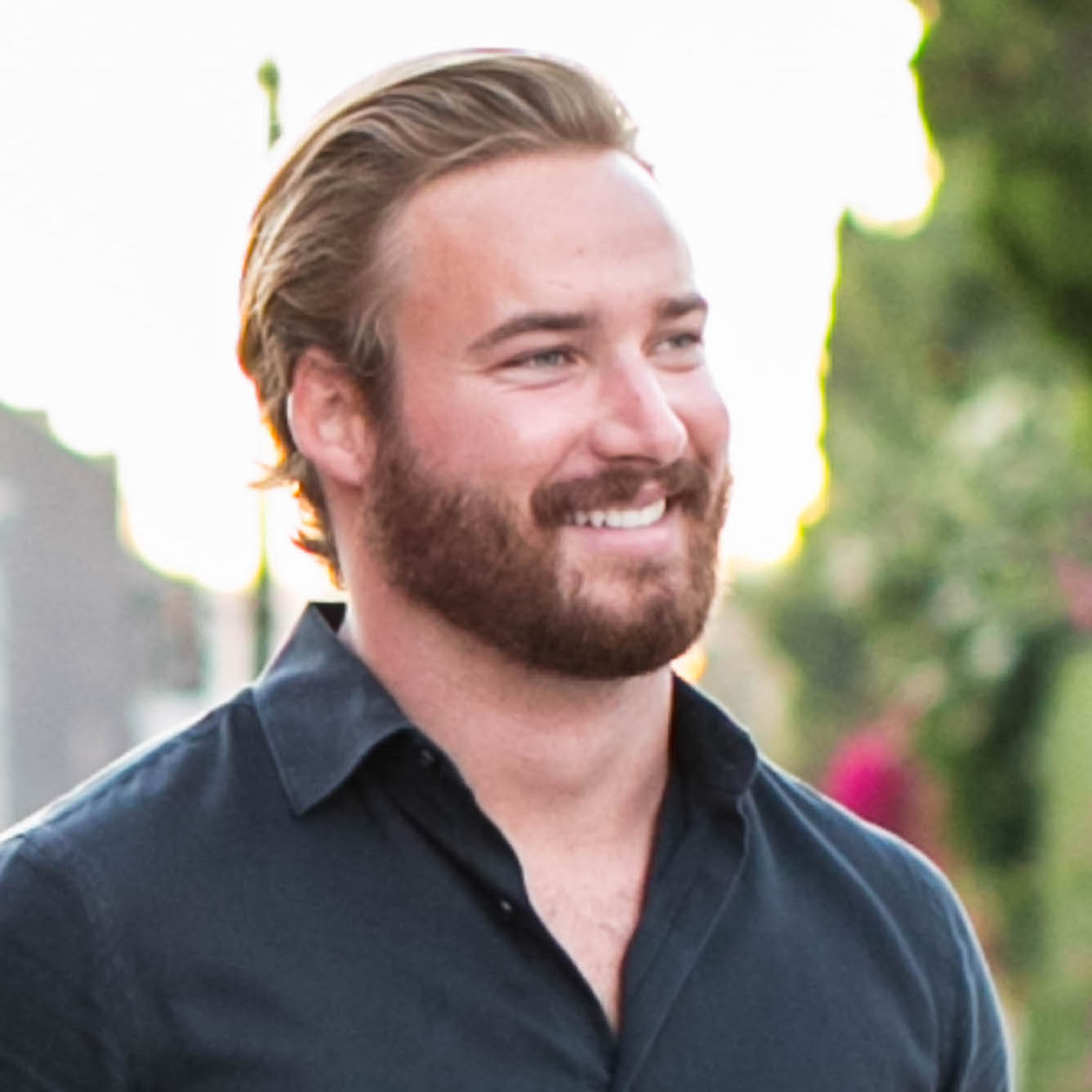 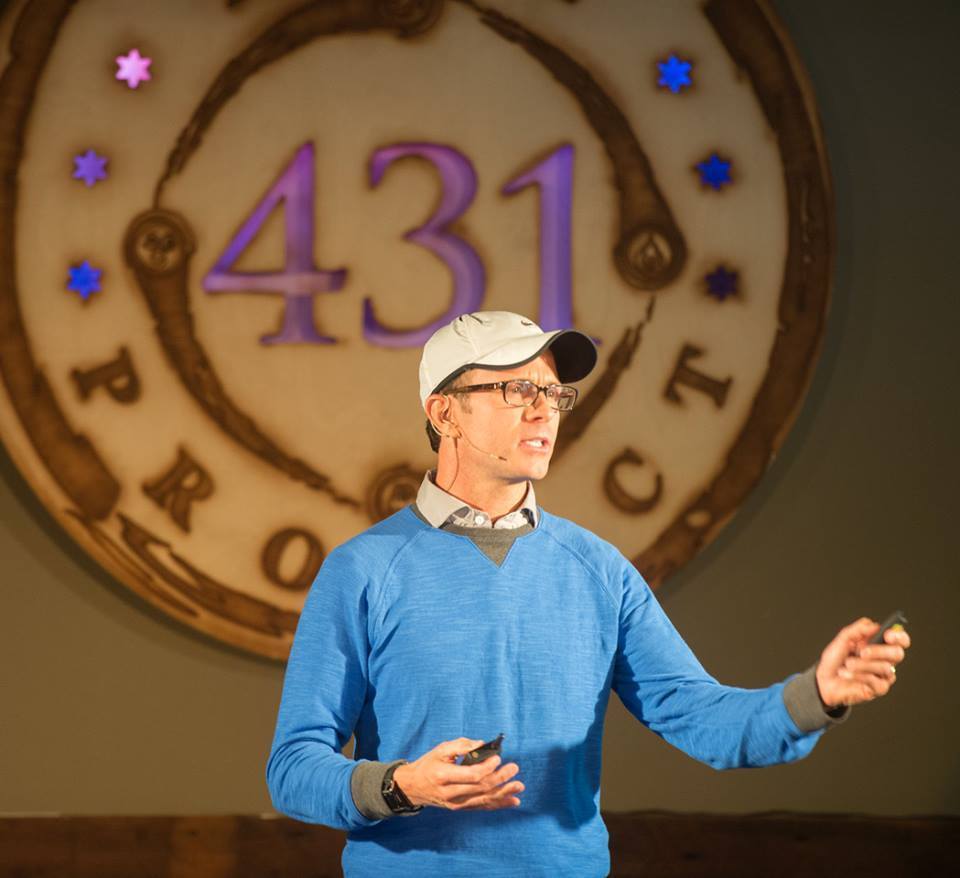 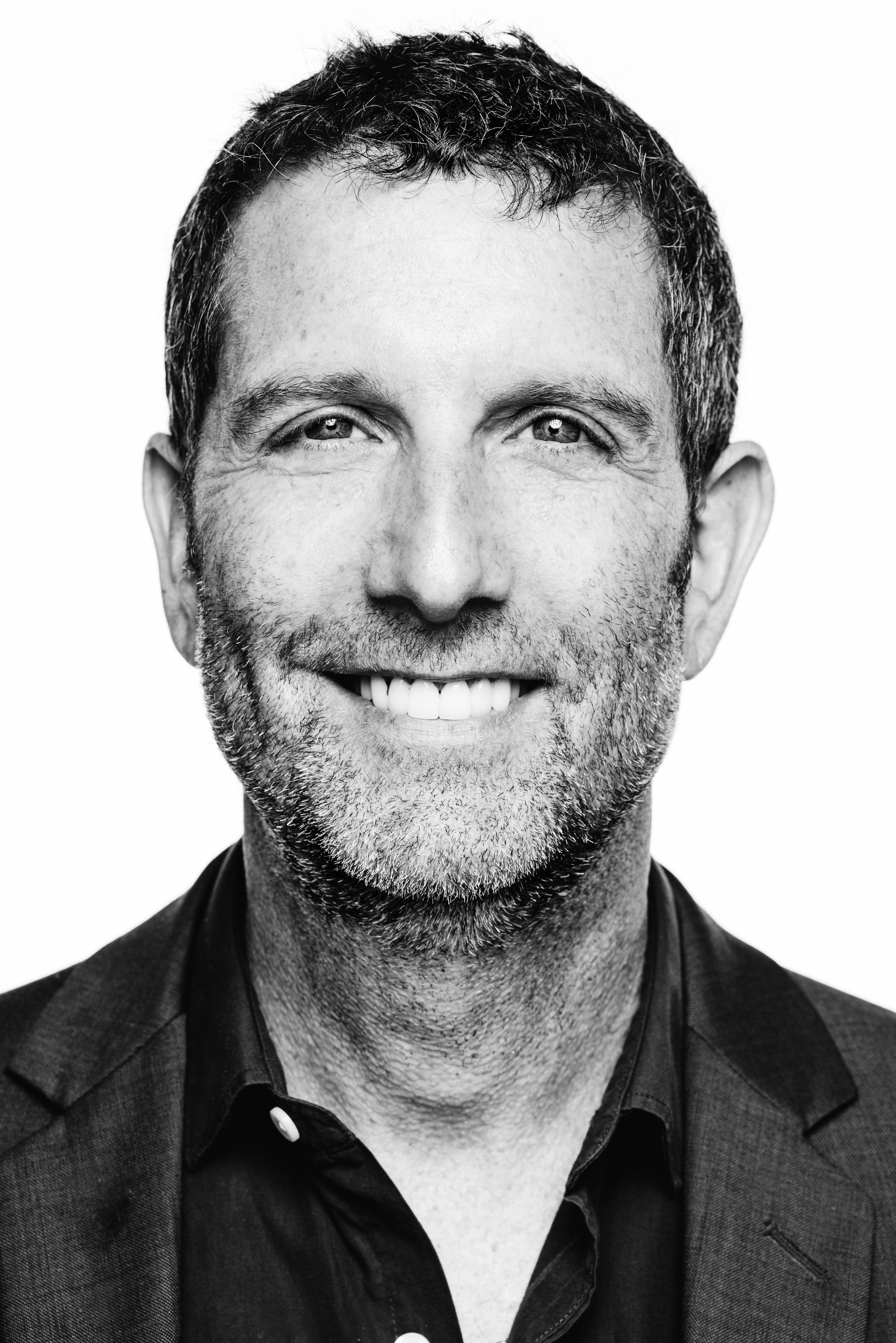 CMO of TechStyle, an industry leading platform that was created to build hi-value fashion brands and efficiently distribute them across the globe.

Richard Jun is the Co-founder and Managing Director of BAM Ventures, a Los Angeles based venture capital firm that he started with Brian S. Lee, a serial angel investor and the co-founder of Legalzoom, Shoedazzle and The Honest Company. 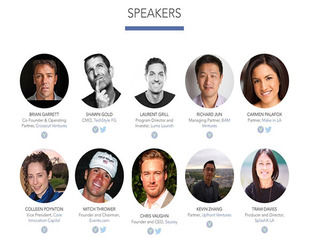 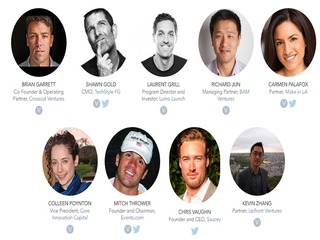