YPlan had raised over $37 million in funding, but stumbled due to losses and cutbacks 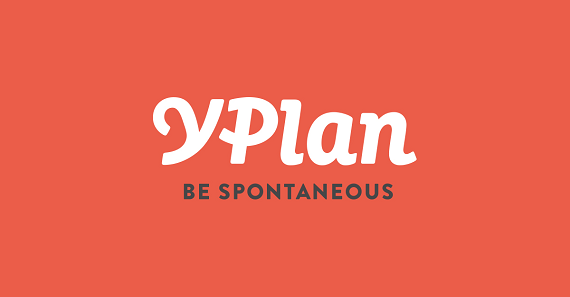 Every once in a while, a company gets bought out for a price that is startling low, compared to the amount of money it had raised, or had once been worth. It's rare but it does happen. I'm thinking of Fab, which had been valued at $1 billion, but sold for $15 million. Or One King's Lane, once worth $900 million, but sold at a price that was "not material" to Bed Bath & Beyond.

The latest to join that group is YPlan, a London-based event discovery startup. The company, which had raised over $37 million in venture funding, was sold to travel publication Time Out, it was announced on Friday.

The writing may have been on the wall for the company for a while now.

YPlan had not raised any money in nearly two years; the last time was in November 2014, when itraised $24 million in Series B funding from Octopus Investments, General Catalyst Partners and Wellington Partners.

Even then, the company was already pivoting and laying people off, getting rid of 20 employees in New York City, as it changed from a direct sales model to an event listings platform. The company was once again forced to lay off staff at the beginning of this year, affecting 22 people, or 30 percent of its global staff.

“As a startup, we are reliant on an exceptional team to drive our business forward,” Rytis Vitkauskas, CEO and cofounder of YPlan, said in a letter at the time. “As we continue to evolve our proposition, it is crucial that we now streamline our operations and align the right teams to the focus areas where we see the best opportunities to maximize the company’s growth.”

Compounding those problem were the company's losses, which were explained in the acquistion announcement.

"Since its foundation in 2012, YPlan has invested heavily in the development of an award-winning e-commerce platform and associated software for the events industry as well as in customer acquisition marketing. As a result, in the year to 31 December 2015, being its last full financial year, YPlan generated a pre-tax loss of £6.2m."

In the current year it was able to reduce those losses thanks to "subsequent reductions in its cost base," and so "the transaction is expected to be mildly dilutive to Time Out’s earnings in the current financial year and broadly neutral in 2017."

Founded in 2012, YPlan is an events discovery app, which allows users to find and book tickets to events going on in their city. It also allows event organizers to promote their own events on the platform.

It's not entirely clear what will be happening to the service going forward; if it will continue to offer its app, or if it will be shutting down, or if Time Out has any designs on its technology.

The team will be coming to work at Time Out, according to a statement from Julio Bruno, CEO of Time Out Group, where they will be helping to build out the company's e-commerce solutions.

“Developing e-commerce and monetising our audience is an important element of our ambitious growth strategy. We acquired YPlan because its advanced technology will significantly accelerate this strategy. It will enable us to offer our large audience more online booking opportunities, whilst improving the user experience," he said.

"We look forward to welcoming the highly skilled YPlan employees to the Time Out team. Together we will be stronger than ever to bring our customers the capabilities to make the most of the city and to make Time Out an even better place to discover, book and share.”

For YPlan, becoming part of Time Out will allow it to take its mission and bring it to a wider audience.

"For us as founders, the acquisition is a natural continuation of our vision for YPlan: to enable people to discover and do amazing things, whether in their beloved home cities or while traveling. We’re both very proud to join with our team such an iconic brand and to be part of Time Out’s next chapter," Vitkauskas and co-founder Viktoras Jucikas said in a statement.

VatorNews has reached out to YPlan for more information. We will update this story if we learn more.