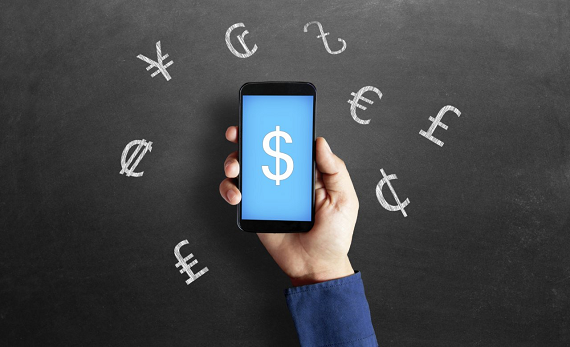 Zomato, a restaurant discovery service, acquired Sparse Labs, a logistics-tech startup that helps restaurants track and optimise their in-house delivery fleet. No financial terms of the deal were disclosed.

Last year, Zomato began expanding into delivery, with the launch of Zomato Order, and, so far, it has been a big success. In the month of May, the company processed over 750,000 orders, and is growing at an average of 30 percent month-on-month. By August it hit over one million orders in a single month.

Adding Sparce Labs will benefit both the restaurants on the Zomato platform, and their customers, with a Web dashboard, rich APIs, out-of-the-box driver apps, customer notifications, ETAs and a map that lets recipients track their orders in realtime/

The Philadelphia 76ers, in partnership with NextEquity Partners, a growth equity and venture capital investment firm, acquired controlling stakes in two esports teams: Team Dignitas from owner Michael O’Dell, and Team Apex from David Slan. No financial terms of the deal were disclosed.

The two teams will be combined under the Team Dignitas banner, and will compete across five games including “League of Legends,” “Counter-Strike: Global Offensive” and “Overwatch.” The team will consist of 30 players, along with coaches, general managers, and support staff, among others.

O’Dell will lead the newly merged Team Dignitas’ team operations as President, while Slan has been named Vice President and General Manager. Greg Richardson will serve as Chairman of the new Team Dignitas.

Peter Guber, the co-owner of the Golden State Warriors, the Los Angeles Dodgers, and Los Angeles Football Club, and Ted Leonsis, CEO of Monumental Sports & Entertainment,  which owns the Washington Wizards, Washington Capitals and the Washington Mystics, acquired esports team Team Liquid. No financial terms of the deal were disclosed.

Steve Arhancet and Victor Goossens will continue in their respective roles as Co-CEOs of Team Liquid and will also serve as Directors for Team Liquid.

Guber and Leonsis will serve as Co-Executive Chairmen of their new esports ownership group aXiomatic and will be joined by a group of leading strategic partners in building their broad based esports enterprise. Bruce Stein will serve as CEO of aXiomatic.

Team Liquid was founded in 2000 as a clan on Battle.net

Stephen Kaplan, co-owner and vice chairman of the Memphis Grizzlies NBA basketball team, acquired a majority stake in esports team The Immortals. No financial terms of the deal were disclosed.

Kaplan is also joining the company’s board.

Avast Software, a provider of security software, completed its acquisition of AVG Technologies, a developer of business, mobile and PC device security software applications. Avast will offer to purchase all of the outstanding ordinary shares of AVG for $25.00 per share in cash, for a total consideration of approximately $1.3 billion.

The two entities operate as a single company as of Monday, October 3. The combined user base will have more than 400 million users worldwide, 160 million of which are mobile users.

Avast will now be able to prevent around one billion malware attacks, block more than 500 million malicious URLs and around 50 million phishing attacks per month, and handle around 9 million new executable files every month, 25% of which are malicious.

The acquisition was first announced in July.

AppLovin has been profitable since its first year of operation and the business has more than doubled every year since launch. Advertisers are tracking to spend nearly half a billion dollars in 2016 on the AppLovin platform.

With this addition, Ubisoft expands its footprint in digital and mobile gaming and becomes the fourth largest mobile game publisher when measured by number of downloads.

Founded in 2014, Ketchapp's titles include ZigZag, Stack, Stick Hero, Twist and Jelly Jump. It has seen 700 million downloads, an average of 23 million a month.

The deal is expected to close in Ubisoft's 2016-17 third quarter.

Founded in 2013, AdThrive is used by more than 1,200 bloggers. It has grown from 2 million monthly unique visitors to 63 million in less than a year.

Sharecare, a digital health company, acquired BioLucid, a developer of virtual reality and immersive healthcare technology. No financial terms of the deal were disclosed.

As part of the deal, BioLucid’s co-founders Jeff Hazelton, Lawrence Kiey and Dale Park are joining Sharecare, and will retain their office in Sarasota, Florida, under the name Sharecare Reality Lab.

Sharecare will combine BioLucid’s real-time simulation of the human body with 360-degree video and augmented reality.

Compact will remain under its own brand and direction of David Johnson. All of Compact’s staff members in London, the US and Australia, will join ole.

Founded in 1995, Compact Media had raised $26.7 million in venture funding from Lyceum Capital. It manages Audio-Visual Secondary Rights for more than 700 clients around the world.

LearnCore, a training and coaching platform for sales and customer success teams, acquired a majority take in the most screen recording Chrome extension Screencastify. No financial terms of the deal were disclosed.

With this acquisition, LearnCore will continue to improve the technology and the experience for all of Screencastify's users. In addition, LearnCore will integrate the video recording capabilities into its core learning platform to make it more valuable for sales, customer support and training teams.

The company had raised $31 million in venture funding from Pamlico Capital and Petra Capital Partners.

Goodwin Procter LLP is serving as counsel for Thoma Bravo. The Carlyle Group, in conjunction with Madison Capital Funding, provided the debt financing for this transaction.

Falfurrias Capital Partners, a private equity firm, purchased a majority interest in Marquis Software Solutions, a provider of data analytics software and services that help financial institutions. No financial terms of the deal were disclosed.

Former Bank of America executive Susan R. Faulkner will join Marquis as CEO immediately. She succeeds Jay Kassing, who has announced plans to devote his time and energy to his own nonprofit organization following a brief transition period.

El Grocer, a grocery delivery app,  acquired QUICKSHOP, an instant live ordering platform for your local store. No financial terms of the deal were disclosed.

The combined company will have over 75 stories, more than 20,000 products and one hour free delivery.

Both companies are headquartered in Dubai.

SAP acquired enterprise-grade Internet of Things solution platform Plat One. No financial terms of the deal were disclosed.

SAP plans to accelerate innovation in its IoT solution portfolio, increase sales and marketing, scale service, support and co-innovation, and grow its ecosystem of partners and startups in the IoT market

Founded in 1979, Plat One had raised $1 million in venture funding from Momenta Partners.

The two companies have combined scale of over a 1 billion impressions and 35 million clicks a day.

It will allow Mobads to expand its geographic reach into the emerging smartphone markets of South East Asia (Indonesia, Thailand, Malaysia), South Asia (India and Bangladesh) and Africa.

Founded in 1999, BuzzCity had raised $10 million in venture finding from Naspers.

791 Technologies, a provider of digital identity and authentication solutions, acquired Tillchecker, a comprehensive grocery shopping app. No financial terms of the deal were disclosed.

791 will be moving Tillchecker™ operations to the US over the coming weeks, and will begin development of the enhanced Version 2.0 features on all mobile devices for a pilot program in Sugar Land, Texas launching in early 2017.

Tillchecker founder Nelson Ko will continue to play an essential role in the creative direction of the company going forward.

SportsEngine, which makes software that youth sports leagues and other organizations use to manage their websites,acquired RallyMe, a platform for sports fundraising. No financial terms of the deal were disclosed.

Bill Kerig, founder of RallyMe, along with RallyMe president Whitney Childers, will continue to lead the company from its Salt Lake City headquarters.

RallyMe will continue to develop and support their products and services which are helping thousands of athletes and teams worldwide.

Kibo, a provider of cloud-based omnichannel commerce solutions, acquired Baynote, a cloud-based personalization platform. No financial terms of the deal were disclosed.

With this acquisition, Kibo continues to strengthen its commerce solutions with personalization technology that quickly enables retailers and brands to provide individual buying experiences.

The Baynote personalization solution will continue to be available standalone and will be compatible with any platform. In addition, the solution will be integrated with Kibo’s omnichannel commerce platform, which includes eCommerce, order management and mobile point of commerce.

Go-Jek will integrate the entire team from Pianta, including the founders, into its engineering centre in Bengaluru. Sidu Ponnappa will continue to head Go-Jek’s India engineering centre as managing director. The founders of Pianta will form a larger core leadership team, using their expertise in building on-demand services they acquired at Ola.

Founded in 2015, Pianta had raised an undisclosed amount of funding from Kunal Shah and Sandeep Tandon.

Recipero will be combined into Callcredit's existing fraud and identity protection solutions business, where the integration of products and solutions will enable Callcredit to bring differentiated solutions to its customers.

Founded in 2000, Recipero delivers over five million reports each month. 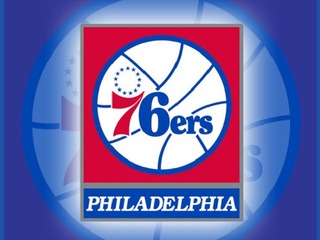 The 76ers are the proud new owners of an esports team 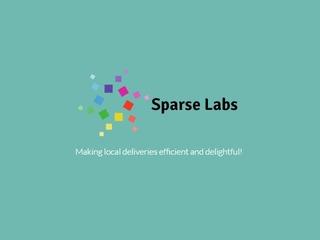 Zomato buys Sparse Labs so customers can track their orders