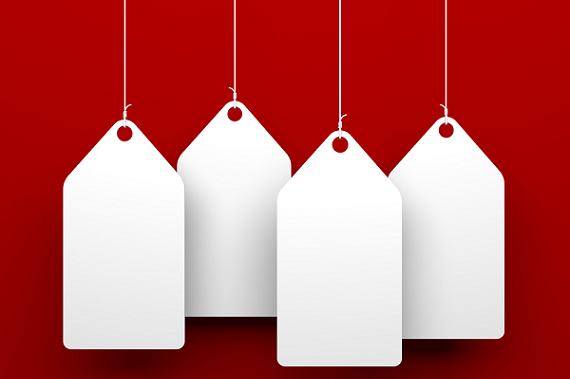 Baback Elmieh, CEO of Nascent Objects, and his team will be joining Building 8, a research lab formed earlier this year to focus on the hardware it is building, which is based on Facebook software.

Founded in 2014, Nascent Capital had raised an undisclosed amount of funding from Orestone Capital and Co-Creation Capital.

What will happen to Palerra going forward is unclear. At least until the transaction closes, each company will continue to operate independently. Once it does close, Rohit Gupta, Founder and CEO of Palerra, along with fellow co-founder, and chief technology office, Ganesh Kirti, will be joining Oracle in some capacity.

Etsy acquired Blackbird Technologies, a company that uses machine learning technology to deliver better search relevance and recommendations. No financial terms of the deal were disclosed.

Blackbird's employees, including its co-founders, the company's CEO and CTO, will be joining Etsy.

Etsy will incorporate Blackbird's technology to improve its search results. Eventually, the company says, it may also use the technology in other areas that don't involve search, such those "that will help strengthen our markets and seller services platform."

Blackbird will shut down in the coming months following the deal.

Api.ai users will be able to continue using its developer platform to build conversational user interfaces.

Founded in 2014, over 60,000 developers are using API.AI to build conversational experiences, for environments such as Slack, Facebook Messenger and Kik.

Under the terms of the agreement, Infoblox stockholders will receive $26.50 per share of common stock in cash.

Apple is said to have been most interested in Tuplejump's opensource project FiloDB.

The lead engineer on FiloDB has been working at Apple since May.

Twilio, a cloud communications platform, entered into a definitive agreement to acquire proprietary WebRTC media processing technologies built by the team behind the Kurento Open Source Project. No financial terms of the deal were disclosed.

Upon completion of this transaction, the team behind Kurento will join Twilio to lead the integration of the new technologies and enable the development of advanced video in web and mobile applications.

Over the next several months, following the close of the transaction, the Kurento Media Server capabilities, including large group communications, transcoding, recording and advanced media processing will be integrated into Twilio Programmable Video.

The proposed transaction is expected to close in the fourth quarter of 2016.

The acquisition will allow Metromile to underwrite its policies, and to expand new states in the U.S. and continue building its platform.

Airware, a drone data analytics company, acquired Redbird, a cloud solution for commercial drones in the construction, mining, and quarry industries. No financial terms of the deal were disclosed.

The two companies and founders built a strong relationship over the past two years. Redbird was one of the first companies that Airware’s Commercial Drone Fund invested in, back in May 2015.

The Redbird office in Paris, France will become Airware’s European Headquarters. The team in Paris will continue to build the Redbird solution, and they will also support Airware’s expansion to Europe.

Redbird’s partner, Caterpillar, continues to support and confide in Redbird, and supports the merging of the Redbird and Airware products.

The two companies will continue to operate as a standalone business in the near term, and there will be no immediate impact on Trip4Real's experience hosts or current bookings

Founded in 2012, Trip4real had raised $3.1 million in venture funding from investors including Kibo Ventures and Caixa Capital Risc.

A consortium led by Shanhai Capital acquired all of the outstanding shares of Analogix, a manufacturer of high-performance analog and mixed-signal semiconductors for the digital media market. The acquisition price was over $500 million.

The transaction is subject to regulatory approvals and is expected to close in late 2016.

Verisae brings applications that can react and respond in real-time, and connect facilities and equipment to the teams that service and support them.

The acquisition brings together the ability to strategically plan, to execute those strategies, and to proactively manage daily operations across the complete lifecycle, with the capability of the IoT and mobile field service management.

LexisNexis, a computer-assisted legal research solution, intends to acquire Intelligize, a provider of the U.S. Securities and Exchange Commission intelligence. No financial terms of the deal were disclosed.

The acquisition would expand the LexisNexis securities and M&A offering with new content, tools and analytics while complementing the capabilities of the company’s existing securities solution, Lexis Securities Mosaic.

Founded in 2007, Intelligize had raised $3.59 million in venture funding.

Closing of the transaction is subject to certain customary conditions.

Versa Capital Management, a private equity firm, acquired the assets and business of SynCardia Systems, a medical technology company. No financial terms of the deal were disclosed.

SynCardia will continue to be headquartered in Tucson, AZ and led by President and CEO Michael P. Garippa.

Founded in 2001, SynCardia is  focused on developing, manufacturing and marketing the SynCardia temporary Total Artificial Heart, an implantable system designed to assume the full function of a failed human heart in patients suffering from end-stage biventricular (both sides) heart failure.

More than 1,625 implants of the SynCardia TAH-t account for over 550 patient years of life on the device.

Tech Data, a sistributer of microcomputer-related hardware and software products, entered into an agreement to acquire Avnet's Technology Solutions operating group. This was a stock and cash transaction valued at approximately $2.6 billion.

Under the terms of the agreement, Avnet will receive $2.4 billion in cash and 2.8 million shares of Tech Data common stock, currently valued at approximately $200 million. Upon completion of the transaction, Avnet expects to realize a gain of $3.75 to $4.75 per share.

Additionally, Avnet and Tech Data intend to partner on delivering IOT end-to-end solutions to the market.

The closing of the transaction, which is subject to customary regulatory approvals, is anticipated to occur in the first or second quarter of calendar 2017.

CashFlows, a provider of merchant payment solutions, completed its acquisition of iCheque Network, an online payments company. No financial terms of the deal were disclosed.

The acquisition of iCheque broadens the product portfolio for CashFlows and enables it to continue delivering card acceptance for merchants, particularly across borders, while also improving fraud prevention and reducing risk.

iCheque's systems have processed over €1.5 billion since launch in 2011.

Demand Media, an Internet company comprised of several media and marketplace properties, acquired The Other Art Fair, an art fair for discovering emerging artists. No financial terms of the deal were disclosed.

Since the launch of its first London fair in 2011, The Other Art Fair has seen 327% growth in onsite attendance; its October 2016 edition to be held in London is expected to host approximately 15,000 attendees.

The Other Art Fair will continue to be headquartered in London and led by its founder Ryan Stanier.

Thomson Reuters signed a definitive agreement to acquire REDI, a trading technology provider. No financial terms of the deal were disclosed.

The acquisition is intended to help Thomson Reuters deliver an integrated workflow solution to the buy-side trading community.

In 2013 Goldman Sachs spun out the REDI business into a collaborative, industry-backed consortium including Bank of America Merrill Lynch, Barclays, BNP Paribas, Citadel and investment funds affiliated with Lightyear Capital, LLC, as well as Goldman Sachs. Bank of America Merrill Lynch also transferred its InstaQuote EMS to REDI as part of its investment.

The acquisition is expected to close by the end of Q4 subject to customary closing conditions including regulatory approvals.

Accenture, a  global professional services company, entered into an agreement to acquire Kurt Salmon, a  global strategy consulting firm. No financial terms of the deal were disclosed.

The acquisition will expand Accenture Strategy’s capabilities in delivering end-to-end strategy consulting services to top retailers and private equity firms in a world disrupted by digital.

Founded in 1935, Kurt Salmon has more than 260 employees serving clients across the world, and offices in the U.S., Germany, UK, Japan and China.

Trybeca, a marketing analytics platform, acquired Pipes, an app that allows users to track the things they love. No financial terms of the deal were disclosed.

The app will be pulled off the market as Trybeca is looking to take the technology behind Pipes further.

The product & development team at Pipes will be joining Trybeca, including the founders. Pipes’ CEO, Vinay Anand will lead new initiatives within the company.

Supercell acquired a majority stake in Frogmind,  the developer of BADLAND series. No financial terms of the deal were disclosed.

All current and future employees still own 49 percent of Frogmind, with Supercell owning 51 percent. The company will continue to have ownership of its games and studio.

Nucleus, an intercom system for the home, acquired Insensi, the maker of ILY, a phone for families. No financial terms of the deal were disclosed.

The vast majority of the Insensi team is now part of Nucleus, but Ilan Abehassera, Founder and CEO at Insensi, will not be taking a full time position.

Everyone who pre-ordered Ily via the company's website or on Kickstarter will all receive g a full refund or a Nucleus device for each unit purchased.

CA Technologies signed a definitive agreement to acquire BlazeMeter, a provider of open source-based continuous application performance testing. Terms of the agreement were not disclosed.

The acquisition of privately-held BlazeMeter will enable CA Technologies to extend its DevOps portfolio. BlazeMeter will integrate with CA’s continuous delivery solutions to further improve testing efficiency and accelerate the deployment of applications.

Founded in 2011, BlazeMeter has offices in Tel Aviv, Israel and Palo Alto. The company had raised $9.7 million in venture funding.

The transaction is expected to close by the end of the year.

Apogee, a provider of residential network and video solutions for higher education, acquired digital media company Orca TV. No financial terms of the deal were disclosed.

As a result of the acquisition, OrcaTV has been integrated with Apogee’s Stream2 IPTV and Cable TV services. Rajiv Shenoy, Founder and CEO, OrcaTV, will continue on as the Senior Director of Stream2.

Day-to-day operations, current and pending projects will continue as usual for all of Apogee and OrcaTV clients.

Founded in 2012, Orca had raised an undisclosed amount of funding from Campus Televideo.

Shiftgig, an on-demand mobile marketplace, acquired BookedOut, a logistics platform. No financial terms of the deal were disclosed.

For the time being, it will be business as usual fir BookedOut's app and platform.

Founded in 2014, BookedOut offers access to brands such as Nature Valley, the NFL, Ford, NBC, Bic and Grey Goose.

Webroot, a provider of next-generation endpoint security and threat intelligence, acquired the assets of CyberFlow Analytics, a company applying data science to network anomaly detection. No financial terms of the deal were disclosed.

This acquisition enhances Webroot’s ability to address the explosion of internet-connected devices and an increasingly complex threat landscape.

Founder and CEO at Insensi. 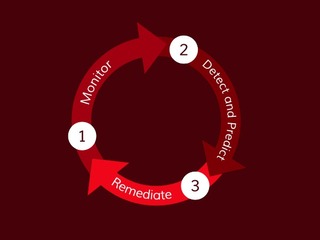 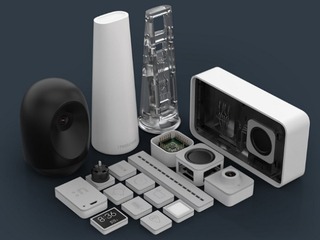 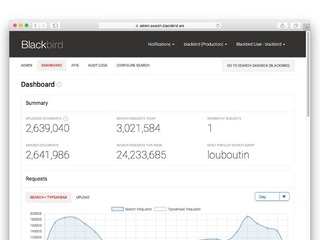