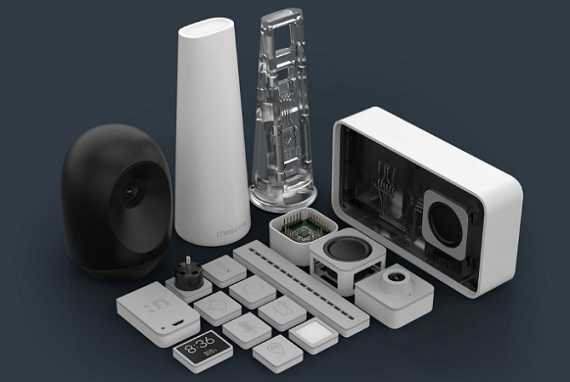 While most probably still don't think of Facebook as a hardware company, that has become an important aspect of the business. It bought Oculus a few a years ago, along with its virtual reality headsets, but it's also sending satellites and drones into space in order to beam Internet to remote parts of the world as part of its "connecting the world" initiative.

To help improve the development of its hardware, Facebook has acquired Nascent Objects, a company offering a modular consumer electronics platform, which helps speed up hardware development. The purchase was revealed in a note on the Nascent Objects homepage, posted on Monday.

Excited to announce that we are joining @facebook! See a message from our founder & CEO @BabackE on https://t.co/Xqb5WrZf38

No financial terms of the deal were disclosed, but Baback Elmieh, CEO of Nascent Objects, said that his team will be joining Building 8, a research lab formed earlier this year to focus on the hardware it is building, which is based on Facebook software.

"We’re excited to build products that can open the world to everyone and create on a scale we couldn’t have imagined before," he said.

Becoming part of Facebook will help the company achieve the vision on which it was founded, to make hardware production simple and easy.

"People have become used to the idea that with software, you can have whatever you want, whenever you want it. We want to make this happen with hardware – and we think Facebook is the best place to make this a reality," said Elmieh.

For Facebook, getting its hands on the team and technology from Nascent Labs will help the company advance its own hardware capabilities, which have includes drones and satellites (one of which was recently accidentally destroyed by SpaceX).

In a Facebook post, Regina Dugan, a former Googler who was hired to lead the lab in April, said that Nascent Objects is a company that brings a vision of "designing, building and delivering a hardware product in just weeks. Instead of months, or even years," closer to being a reality.

"Together, we hope to create hardware at a speed that’s more like software," she said.

She also posted this video to show off what Nascent Obects can do:

Nascent Capital had raised an undisclosed amount of funding from Orestone Capital and Co-Creation Capital.

This is only Facebook's Third  acquisition this year. It previously purchased face swapping app Masquerade in March, and spatial audio technology company Two Big Ears in May.