Vroom will use the funding to grow geographically, and build out its brand 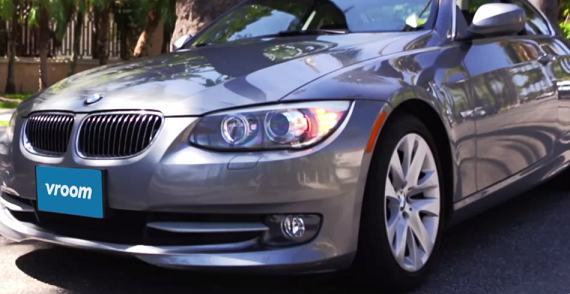 After years of putting it off, I'm finally learning how to drive. It's easier than I expected it to be, however one thing does worry me: actually being able to afford to buy a car once I actually get my license. That will not be easy.

Perhaps the answer to my troubles lies with Vroom, an online pre-owned car retailer.

Vroom allows customers to find refurbished, pre-owned cars online with the exact, no-haggle price, which also includes all local taxes and fees. They order it for free delivery to their front door, anywhere in the country.

Vroom had previously raised $168 million in funding, including a $95 million round in December of last year. This latest financing brings Vroom’s total funding to $218 million.

The company will be spent on four key elements, Vroom CEO Paul J. Hennessy told me in an interview.

First it will entail expanding geographically. The company currently has a physical presence in Dallas and Houston, along with its corporate office in New York, but Hennessy wants to expand to other areas of the country.That could mean the southeast, perhaps in Florida, as well as the northeast in Boston, New York or Philadelphia, or to the west coast, in Los Angeles or Las Vegas.

"We built an outstanding reconditioning and fulfillment center, based off the acquisition of Texas Direct Auto. On the back of that level of success, our intentions are to take the show on the road, find the right geographic hub and spokes approach to get closer to the consumer, and shrink the last mile a little bit," said Hennessy.

"We want to improve the overall customer experience, and have more regional presence, rather than a single location in Texas."

The second element will involve building out the Vroom brand.

"We are not a household name, and its our mission to be top of mind when a customer is in a car buying mindset. It will take some money to drive transactions online, and we are working hard at investing into that. We have to tell them about the customers experience Vroom has to offer," Hennessy said.

Third will be expanding the inventory set, diversifying the company's vehicle offerings, to give more choices to the consumer.

Finally, all of this will take more manpower, which means expanding the team, including engineers and product developers. The company currently has more than 550 employees, and Hennessy wasn't able to say how many would be added.

"We haven't mapped out the exact number of heads. The number people will match demand. We don't want to overload and hope demand comes, so we'll take a more prudent approach."

The company is expected to generate well in excess of $1 billion in revenue in 2016, up from $900 million last year.

Hennessy became CEO of Vroom in June, following a stint as CEO of Priceline. I asked him what his vision for the company is, and what he learned at Priceline that will help him achieve that vision at Vroom.

"Vroom is dedicated to simplifying the car buying experience, and all the elements around it. That means engaging with the website, finding great vehicles that suit you, getting a diversity of options, along with all of the tools to help you sort and filter and find the perfect car that is shipped to your driveway. Focusing on all of those touch points and trust points will get customers engaged and satisfied," he said.

The vision is to become the bonafide perfect substitutable solution to what people currently do," which is buy from local dealers. Hennessy acknowledged that the company has "a long way to go to get to that level," but there's a huge opportunity for it to grab.

"If we keep doing what we’re doing, keep simplifying the process, and do that at scale while building a brand in the US, we can become the go-to place for all things cars. We have the right view of the platform and that will ultimately win customers."

He sees multiple similarities between where Vroom is now, compared to where Priceline was when he started working there 15 years ago.

"Secondly, there was Priceline's laser-like focus on customer experience. We were focusing exactly on what customers needs were, innovating with experimentation, and I learned a lot about the e-commerce world. That translates perfectly into this space. There are a lot of logical extensions into online car sales."

Ultimately, Hennessy believes that giving customers the right experience, including the white glove service of delivering cars directly to them, along with a good diversity of supply, will help the company drive conversion, and gross profit.

"I have a lot of optimism and reasons to be excited," he said. 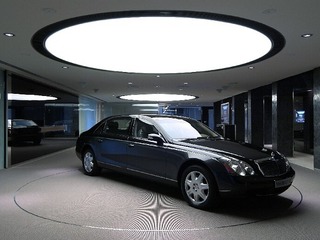 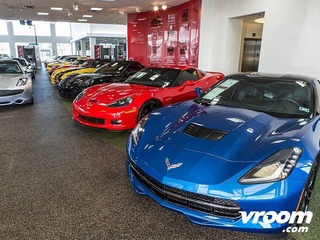