After Silicon Valley and New York City, the list of places where you’d expect to find tech entrepreneurs and investors starts getting pretty narrow. There’s Seattle, Austin, a few international hubs, and… the Midwest? 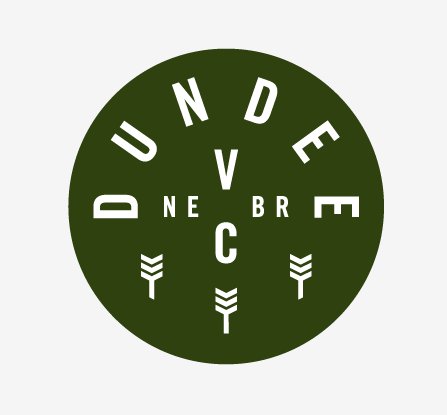 Dundee Venture Capital, an Omaha-based investment firm, announced today that it has raised $20 million for its Fund III to continue investing in tech startups in the Midwestern United States.

The massive pipeline of companies waiting to be reviewed by Dundee isn't the only evidence that the Midwest is a big opportunity for the tech industry. With $494 million invested in the second quarter of 2016, the Midwest moved up to fifth place in a ranking of 18 regions by amount of venture capital investments, according to a Thomson Reuters’ and NVCA’s Fundraising Report.

“I think a lot of the self-esteem issues of the Midwest are disappearing,” said Mark Hasebroock, founder of Dundee Venture Capital, in an interview with VatorNews. “The next generation of developers and innovators are saying, ‘Why can’t I do this out here? The costs are a third of what they are in the rest of the country. I have access to pretty good talent. The time to market is the same as it is anywhere else, and yet I need maybe half as much capital to get it done.’”

Fund III has already doubled the total amount raised in Dundee’s history. The firm first closed $2 million in 2010 to test the market, and then followed that with an $18.5 million second fund in 2013. Dundee is targeting to close $30 million for Fund III by the end of the year.

“The people who were on the fence previously, wondering what this might be about, are now the ones jumping into the third fund,” said Hasebroock. “We’ve just had a lot of success.”

Hasebroock said the investors contributing to Dundee’s new fund are, like its portfolio companies, based in the Midwest: Fund III has received $15 million from the Omaha area and $5 million out of Chicago. So far, investors are high-net-worth individuals with a connection to the firm or its founders, though Hasebroock is optimistic about eventually attracting institutional capital as well.

As with the previous two funds, Fund III will be invested in startups across the “broader Midwest region,” which for Dundee includes Denver, Omaha, Lincoln, Kansas City, Madison, Minneapolis, Indianapolis, St. Louis, and Chicago. (Denver is a bit of a stretch, but the rest of the cities are solidly Midwest U.S.) With such a broad swath of U.S. cities to choose from, it should be no surprise that Dundee would find some startups worth backing.

Dundee invests in companies at the seed or early stage, with one highlight being Phone2Action, a digital communications platform for civic organizations. The company was originally based in Kansas City and didn’t have much revenue when Dundee invested.

But Hasebroock says the company averaged 15 percent growth in the business per month over the last three years, ultimately culminating in a move to Washington D.C. for closer access to its clients. In July, the company closed $4.7 million in a Series A round led by Osage Venture Partners with participation from Foley Ventures, ACM Acquisitions, and Dundee Venture Capital.

“It’s probably the blueprint of what we like to point to: excellent co-founding team, great combination of technical and sales ability, [and they] identified a market that didn’t have a unique solution and developed it,” said Hasebroock.

Today there are over 30 companies in Dundee’s portfolio, including:

In addition to the new fund, Dundee also announced that it has partnered with Lakewest Venture Partners, a Chicago-based firm also doing seed- and early-stage investments. As part of that deal, Lakewest co-founder David Mann will officially join Dundee while Lakewest co-founders Buzz Ruttenberg and Jonathan McCulloch will contribute as strategic advisors to Fund III.