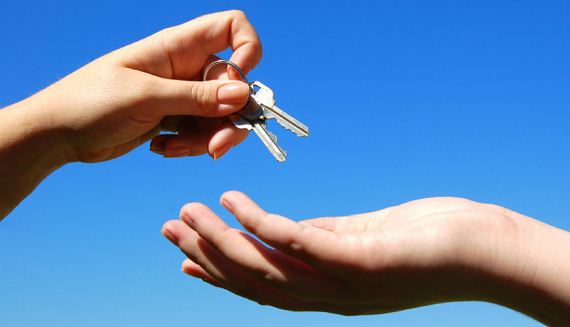 Diabetes monitoring platform Glooko merged with competitor Diasend . No financial terms of the deal were disclosed.

The newly merged companies will continue to operate under the name Glooko, with all employees of both companies keeping their jobs. Rick Altinger, Glooko's CEO, will be CEO of the merged organization, while Anders Sonesson, Diasend's CEO, will manage Global Operations for Glooko. All of the four current offices held by the two companies will remain: Mountain View, Chicago, London, and Gothenburg in Sweden.

Launched at the end of 2010, Glooko had raised $27.7 million in venture funding on its own from investors that have included Canaan Partners, Medtronic, The Social + Capital Partnership and Samsung.

The Gothenburg, Sweden-based Diasend was founded in 2005 and hadn't disclosed and investment information.

Salesforce acquired consulting agency gravitytank. No financial terms of the deal were disclosed.

Upon the close of the transaction, gravitytank will apply ots expertise in design, research and strategy to help Salesforce’s customers shape their customer company vision and connect with their customers, employees and partners in new ways.

Concur, a provider of integrated travel and expense management solutions, signed a definitive agreement to acquire Hipmunk, a travel search company. No financial terms of the deal were disclosed.

The Hipmunk team and their innovations will further Concur's strategy to deliver consumer-grade products to corporate customers.

The transaction is expected to close in October 2016.

Mobile payments company Stripe acquired Tonic, a tool for prototyping server-side JavaScript. No financial terms of the deal were disclosed.

Tonic has been rebranded as Runkit. The company will continue to operate independently, working from its office in the Haight in San Francisco.

RunKit notebooks are interactive playgrounds connected to a complete node environment right in your browser.

With this acquisition, Teads will offer integrated access to Brainient to all its marketplace buyers, streamlining the process of creating and delivering interactive video ads at scale for its clients.

Founded in 2009, Brainient had raised $2.65 million in venture funding.

Verizon acquired Sensity Systems, a company that provides conversions to LED lighting. No financial terms of the deal were disclosed.

a startup based out of Sunnyvale (also home to Yahoo!) that has built solutions to help businesses and others convert older lighting systems to connected LED systems, making them controllable remotely. This is a straight push for Verizon’s wider Internet of Things “smart city” business, ThingSpace, which will integrate Sensity’s business and technology.

Founded in 2010, Sensity now has 42 smart city installations across the globe. The company had raised $74 million in venture funding.

The acquisition is subject to customary regulatory approvals and is expected to close in fourth-quarter 2016.

Avocarrot's programmatic exchange will soon integrate with  Glispa's Ampiri Mediation platform. It will feature a single user interface, a single SDK, and a combined integration of ad-networks and DSPs, all on the same platform.

Dichotomy Founder and CEO Adam Goodman will bring his full staff and other Dichotomy assets to the company. Goodman will oversee Le Vision Entertainment (LeVE) and report to LeEco Vice Chairman Zhang Zhao.

As president of LeVE, Goodman will be responsible for English-language original entertainment content. LeVE will employ a filmmaking strategy that mirrors Dichotomy's approach to producing tentpole films for global audiences, while also utilizing the Dichotomy Micro Studios banner in the lucrative micro-budget film business.

Investec acted as the sole advisor to the transaction.

John Wiley & Sons, a global publishing company that specializes in academic publishing, acquired Ranku, which licenses recruitment technology and predictive analytics to universities. No financial terms of the deal were disclosed.

Ranku will join Wiley under the Wiley Education Services business, and will continue to operate under its current leadership from its office in Seattle.

Ensono, a provider of IT solutions that help organizations operate their IT infrastructure, acquired Attenda, a provider of critical applications and hybrid IT managed services. No financial terms of the deal were disclosed.

Founded in 1997, Attenda has partner accreditations with Microsoft, AWS, VMware and SAP.

Throughout the transaction, Arma Partners acted as the exclusive financial advisor to Attenda with legal counsel provided by Travers Smith LLP. Webster Bank, N.A. is acting as Administrative Agent, Joint Bookrunner and Joint Lead Arranger for the financing. NewStar Financial, Inc. is acting as Joint Lead Arranger and TD Securities (USA) LLC is acting as Syndication Agent for the financing. Legal counsel for Ensono was provided by Ropes & Gray LLP and Goodwin Procter LLP.

Ensono is owned by Charlesbank Capital Partners and M/C Partners, which acquired the company in 2015.

Luxoft Holding, a provider of software development services and IT solutions, acquired Pelagicore, a provider of open source software platforms and services. No financial terms of the deal were disclosed.

Pelagicore has strong relationships with premium automotive OEMs, Tier-1s and silicon vendors. Its approach to system design is highly complementary to Luxoft’s business model in automotive and across other verticals.

Finalsite CEO Jon Moser will continue in his current position, and serve on its board of directors, and Patrick Bassett, former President of the National Association of Independent Schools, will continue his service on the board as a director.

Will Ethridge, former CEO of Pearson North America, Yves de Balmann, former Co-Chairman and Co-CEO of Deutsche Banc Alex. Brown and former director of Laureate International Universities, and Jonathan Harber, former CEO and co-founder of SchoolNet, Inc. who also served as CEO of Pearson K-12 Technology after SchooolNet was acquired by Pearson, will join the board of directors. Alok Singh and Tom Manley of Bridge Growth will also join the board, with Singh serving as Chairman.

Evercore provided M&A advice to Bridge Growth Partners on the transaction while Aeris Partners did likewise for Finalsite. Based in Glastonbury, Connecticut, Finalsite is a learning and communications platform.

Boris FX, a provider of integrated VFX and workflow solutions for video and film, signed a definitive agreement to acquire GenArts, a developer of premium special effects plug-ins. No financial terms of the deal were disclosed,

Founded in 1996, GenArts had raised $22.4 million in venture funding from Insight Venture Partners.

Extreme Networks, a provider of software-driven networking solutions, acquired the wireless LAN business from Zebra Technologies . No financial terms of the deal were disclosed.

Extreme will acquire customers, personnel and technology assets from Zebra. Extreme Networks will continue to invest in the newly acquired technology which will bolster the company's software-driven solutions portfolio which includes ExtremeWireless, ExtremeManagement, ExtremeControl, ExtremeAnalytics, ExtremeSwitching and ExtremeCloud.

The transaction is expected to close in the fourth quarter of 2016, which is the second quarter of fiscal 2017 for Extreme Networks, subject to customary closing conditions including regulatory approvals.

Vindicia was founded in 2003 and had raised $37.6 million in venture funding from BDMI, DCM Ventures, FTV Capital, Leader Ventures and ONSET Ventures.

Brite:Bill was founded in 2010 and had raised $3.7 million in funding from Enterprise Ireland, NCB Ventures and Ulster Bank Diageo Venture Fund.

Together, these acquisitions are expected to contribute 1.5% to 2.0% to total company revenue for the full fiscal year 2017.

Google acquired Urban Engines, a platform that combines big data and spatial analytics to improve urban mobility. No financial terms of the deal were disclosed.

The company is joining the team at Google Maps.

Logitec, a provider of personal computer and tablets accessories, acquired Saitek, designer of flight, farm and space simulation game controllers. No financial terms of the deal were disclosed.

The acquisition included the Saitek brand and the Saitek line of products, which will be integrated into the overall Logitech G portfolio

Wave a gigabit fiber and broadband services company, acquired two fiber-optic broadband companies: CoastCom, a provider of high-speed internet, data, and voice services for businesses, and SawNet, a broadband services provider. No financial terms of either deal were disclosed.

CoastCom's and SawNet's combined 55 employees have joined Wave, and the company will invest in additional technology to accelerate local network growth and customer service.

Elastic, the company behind open source products  Elasticsearch, and the Elastic Stack, acquired Prelert, a provider of behavioral analytics technology. No financial terms of the deal were disclosed.

Elastic will integrate the Prelert technology into the Elastic Stack, and will offer it as part of its subscription packages in 2017, giving Elastic customers more capabilities to solve complex use cases such as cybersecurity, fraud detection, and IT operations analytics, among others.

In addition to its offices in Washington, DC and Santa Monica, CA, the acquisition will expand Event Farm’s presence with a Boston office.

Founded in 2013, Attend had raised $6.6 million in venture funding from .406 Ventures and Comerica Bank.

As part of the transaction, Intermedia's shareholders, led by Oak Hill Capital Partners will sell their stake in the company to MDP and company management. Michael Gold will remain Intermedia's CEO. 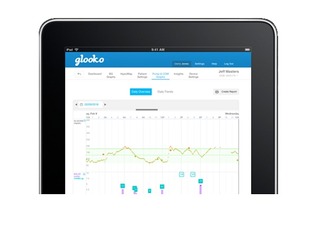 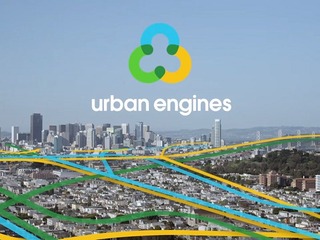