Hartz stepped down from his role as CEO of Eventbrite last year, but he remains Executive Chairman 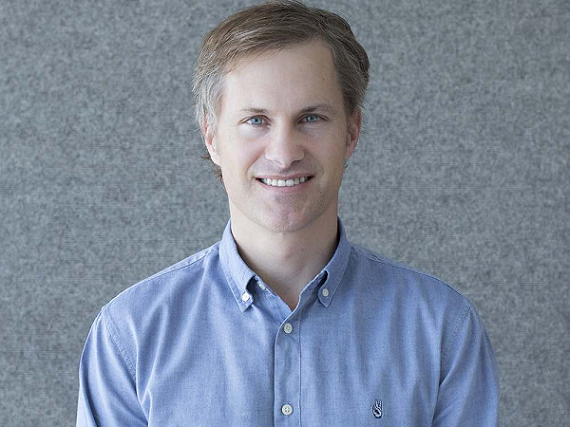 Kevin Hartz, co-founder and, until recently, CEO of ticketing startup Eventbrite, has officially found his next gig: he's going to be a venture capitalist.

Hartz will be joining Founders Fund, where he will be a partner, it was announced in a blog post on Medium on Wednesday.

"After founding and operating two companies day-to-day for 15 years, I’m looking forward to a new chapter where I can prioritize an old and growing passion of mine — investing in people and transformational technologies. I can’t wait to get to work on finding and supporting the next generation of great founders," he wrote.

Before founding Eventbrite, Hartz was also the founder and CEO of Xoom Corporation, an international money transfer company, which serviced more than 40 countries worldwide. Xoom was backed by, among others, Peter Thiel, who founded Founders Fund (say that three times fast).

Hartz's connections to the team behind Founders Fund go even further back than that, as he was an angel investor in PayPal, which was co-founded by Thiel along with with Luke Nosek and Ken Howery, who also co-foundered Founders Fund.

Xoom, it should be noted, was bought by PayPal last year.

"As one of the earliest investors in PayPal, I’ve gotten to know Peter, Ken, and Luke both professionally and personally over the course of many years. As I met the rest of the Founders Fund team, it was obvious that this is a group of individuals obsessed, as I am, with transformational technologies and emerging industries," said Hartz.

Hartz has also made angel investments in companies that include Airbnb, Yammer, Pinterest, Trulia, Thumbtack and Uber.

Through those investments, he said, he has "had the opportunity to watch them grow from ideas into businesses that change the way millions of people live and work. My new role will allow me to support more companies in an even more significant way, as I’ll be investing across all stages and sectors."

Eventbrite was founded in 2006 by Kevin Hartz, along with his and wife Julia Hartz. He served as CEO, while Julia was President, until November of last year, when he said he was stepping down "temporarily" due to what he called a “non-life threatening medical condition.”

Julia was named temporary CEO, and the position became perminent in April, despite Kevin returning to full health. Kevin stayed on as Executive Chairman of Eventbrite, a position he will continue to hold, even though he will "no longer be involved in the day-to-day operations" of the company.

Founders Fund is well-known as one of the first investors in Facebook, Spotify, and many other high-profile companies, including Stripe, Airbnb, Lyft, Oscar, Misfit, and Spotify.

The firm raised a $1.3 billion fund, Founders Fund VI, in March. It was the largest fundraising commitment of the first quarter.