This is good news for the daily fantasy sports space, after a year of bad press 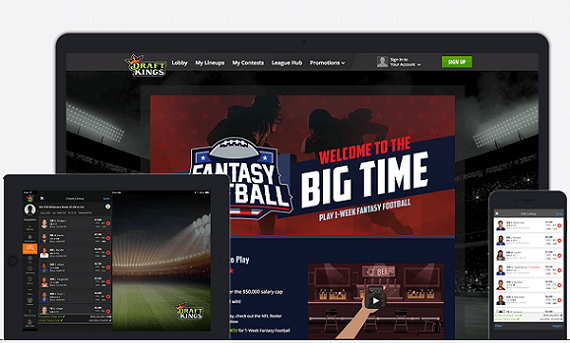 After a year of scandals, regulatory fights and bad press, are the hard times finally over for daily fantasy sports?

DraftKings would certainly like to think so, as it has now raised a big new $150 million round of funding, just in time for football season, which starts a week from today.

The round was led by Revolution Growth, the investment firm co-founded by Ted Leonsis, the owner of the Washington Capitals hockey team and Washington Wizards basketball team. It also included additional, undisclosed participants.

“I am excited to announce that DraftKings has closed a $150 million round of funding. The round was oversubscribed and participants include several new investors, such as Revolution Growth. Revolution Growth is a tremendous new partner for DraftKings, with an entrepreneurial outlook and spirit of innovation that meshes perfectly with the culture of our company. They also have deep expertise in sports, technology, and policy," Jason Robins, CEO and Co-founder of DraftKings, said in a statement provided to VatorNews.

In addition to the new funding, it was also revealed that Steve Murray, partner at Revolution Growth, will be joining the board of directors at DraftKings.

"We welcome Steve Murray of Revolution to our board of directors and look forward to working alongside him and the rest of the Revolution team to realize our vision of building a transformational global sports entertainment and technology platform," said Robins.

A spokesperson for DraftKings wouldn't comment on the company's valuation following this new round, but it is being reported that it now valued "substantially lower" than the $2 billion the company got when it raised a $300 million round in July of last year.

That makes sense, for a few reasons. First, down rounds are currently in vogue, as the market has started course correcting after years of inflated valuations. Even Snapchat, which was able to raise a substantial new round this year, saw its valuation stay flat. So, getting a higher valuation is difficult for any company, let alone one that has been put through the ringer like DraftKings has.

Last October, New York Attorney General Eric Schneiderman launched an investigation into whether the DraftKing, and its main rival, FanDuel, had committed fraud after a DraftKings employee named Ethan Haskell inadvertently admitted that he had bet on FanDuel using insider information on NFL lineups before they had been publicly posted. He won $350,000 on the site.

Both companies responded by banning their employees from playing in daily fantasy leagues, along with creating advisory boards to help them sort through legal matters, but Schneiderman continued his pursuit and, in December, a judge in New York banned both companies. That decision was suspended the same day, but both companies ceased operating in the state in March.

Other states have since followed suit, with a number introducing legislation to regulate the space, or to outright ban it.

It got so bad that, at one point, FanDuel and DraftKings were reportedly looking at a merger to help fend off legal challenges.

Things have recently begun to turn around recently, though. Earlier this month, Governor Andrew Cuomo signed a bill into law that would allow daily fantasy sports to resume operations in New York, following the passage of a new law in June, which legalized, and regulated, the daily fantasy sports space.

In addition, both DraftKings and FanDuel launched new products to make their leagues more social, and gave players the ability to create traditional, season-long leagues.

Raising a new round of funding, even if the company isn't worth what it once was, is a good sign for the space, especially since it had taken a big hit in recent quarters.

“Online fantasy sports are just one of the many ways technology has disrupted the sports industry in recent years,” Murray said in a statement. “Building a business is never easy, especially one that is leading the creation of a new marketplace, but Revolution has the expertise to help entrepreneurs execute on their ideas, especially where sports and policy intersect.”

DraftKings wouldn't comment on how the company will use the new funding.

For Revolution Growth, this is the firm's second investment in the sports industry. Last year it led a $44 million round in Sportradar, a supplier of sports and betting-related live data, odds solutions and fraud detection services. 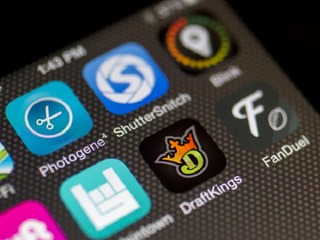 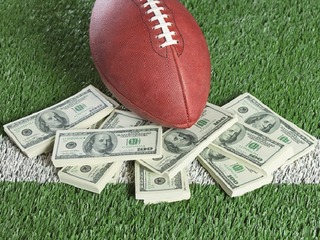 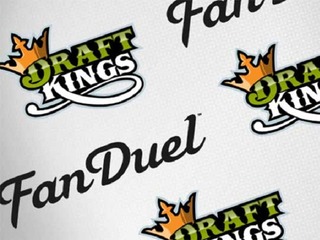