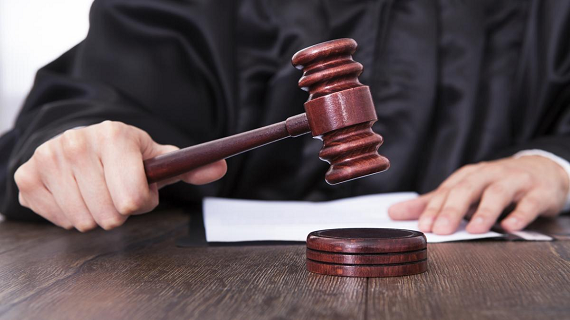 Today was a bad news day for fantasy sports giants DraftKings and FanDuel.

Manuel Mendez, a justice for the Supreme Court of the State of New York, granted New York Attorney General Eric Schneiderman the injunctions he had been seeking to bar DraftKings and FanDuel from doing business in the state.

“The balancing of the equities are in favor of the NYAG and the State of New York due to their interest in protecting the public, particularly those with gambling addictions," said Mendez. "FanDuel, Inc. and Draftkings, Inc. are only enjoined  and restrained in the State of New York, DFS is permitted in other states, and the protection of the general public outweighs any potential loss of business."

On top of that, the Judge also denied FanDuel and DraftKings the right to temporary preliminary injunction and temporary restraining orders, which would have stopped Schneiderman from being able to take action against them.

The reaction to the ruling was quite different from the companies and from the Attorney General, as you might imagine.

“We are disappointed with the Court’s decision, and will immediately file an emergency notice of appeal  in order to preserve the status quo," David Boies, counsel to DraftKings and Chairman of Boies, Schiller & Flexner LLP, said in a statement provided to VatorNews. "Daily Fantasy Sports contests have been played legally by New Yorkers for the past seven years and we believe this status quo should be maintained while the litigation plays out.”

"We will be appealing -- this is only the beginning of the legal process and, perhaps more importantly, the New York legislature is already moving forward on action to ensure our game remains legal and is regulated, which we strongly support.  The court specifically noted that this was not a final determination of the issue and that discovery would be needed to fully resolve the legal question, which we think should be decided in our favor when all of the evidence is in," a spokesperson for FanDuel told Vator.

"New Yorkers have been able to legally play our games for more than six years, and today's preliminary decision was wrong and we expect we will ultimately be successful. A number of issues became very clear in court: first, the outcome of fantasy sports contests are determined by skill, not chance. Second, the Attorney General's argument for season-long fantasy sports being legal does not hold water -- if season-long fantasy is legal, than daily fantasy is legal, and vice-versa.  The court was very concerned about this issue, but found the issue of whether the AG was failing to enforce against seasonal fantasy sports was not yet squarely before the court – but it will be.  As the court itself noted, FanDuel is permitted in other states, making New York very much an outlier on the issue, as most states are moving towards sensible regulations -- not bans, but the Attorney General decided he knows what is best by denying New Yorkers access to a game they have embraced and shared with friends and family for years. We remain committed to ensuring all fantasy sports are available to New Yorkers, and will work to bring our product back to sports fans around the State through our appeal and working with the legislature to enact sensible regulations for fantasy sports."

"We are pleased with the decision, consistent with our view that DraftKings and FanDuel are operating illegal gambling operations in clear violation of New York law.  I have said from the beginning that my job is to enforce the law, and that is what happened today," Schneiderman said in a statement posted to his website on Friday.

FanDuel will be immediately filing an appeal with the Appellate Division on Judge Mendez's ruling on the preliminary injunction, and also seeking a stay of Judge Mendez's preliminary order to allow the company to operate in NY while Judge Mendez moves towards his final ruling.

Schneiderman first went after daily fantasy sports leagues in October, launching an investigation into whether the companies committed fraud after a DraftKings employee named Ethan Haskell inadvertently admitted that he had bet on FanDuel using insider information on NFL lineups before they had been publicly posted. He won $350,000 on the site.

New York is not the only state that has chosen to go after these sites, though not as harshly as New York has. The state of Massachusetts, for example, has has proposed regulations for the sites, including restrictions on the age of participants and on advertising, things that both FanDuel and DraftKings haveembraced, likely prefering these types of actions to those that would now allow them to operate at all.