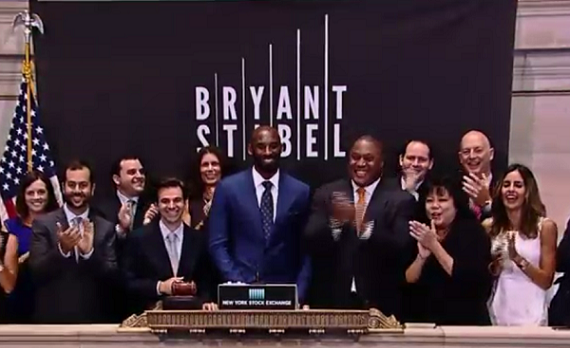 It's hard to even imagine a time when athletes weren't paid very much money, making it so that even the biggest stars had to continue to work once they retired. Roger Maris, the once (and still reigning, if you ask me) home-run champ, owned and operated a brewery for the last two decades of his life. He was not sitting around wondering what to do with his millions.

That's not the case now, of course. These days, athletes are paid a ton of money over the course of their career, and they've got to do something with it. They've got plenty of options, but many of them are now turning to venture capital to continue to grow their wealth.

The latest to get into the game is Kobe Bryant, who has teamed up with investor and entrepreneur Jeff Stibel, to form a new firm, called Bryant Stibel.

Hahaha will keep this in mind as we work on building @BryantStibel https://t.co/FkVt9cY5BO

The two also were on hand to ring the opening bell of the New York Stock Exchange.

Currently, Bryant Stibel doesn't seem to even have a website, nor was there a formal press release announcing the launch, but the pair did reveal details about the firm in an interview with the Wall Street Journal.

Bryant and Stibel will be investing out of a $100 million fund, which they are contributing to personally, without any outside investors at the moment. They plan to invest in tech, media and data companies.

The pair have actually been co-investing for a few years, starting in 2013, and have so far put money into 15 companies, including The Players Tribune, which was started by fellow retired athlete Derek Jeter, as well as mobile gaming platform Scopely, LegalZoom, telemarketing-software firm RingDNA and home-juicing company called Juicero.

While some may question whether or not Bryant is going to be fully committed to being a VC, or if he's just lending his name, so far it seems like he's all in. He even helped design the company’s logo.

“We don’t want to be in the business of investing in companies so someone can use Kobe as an endorser. That’s not interesting,” Stibel told the Journal. “The point is to add real value.”

Bryant is just the latest retired athlete to use their wealth to become an investor.

That includes Magic Johnson, who joined Detroit Venture Partners in 2011, where he served as a general partner, and former Phoenix Suns star Steve Nash, who teamed up with advertising executive Mike Duda to launch Consigliere Brand Capital, which has since been renamed Bullish. Some of its investments include Birchbox, Warby Parker and Harry’s.

Carmelo Anthony, who is still playing for the New York Knicks, launched his own VC firm in 2013, called Melo7 Tech Partners. Investments so far inclue DraftKings, Luxe, SeatGeek and Zirtual.

Bryant's old teammate, and nemisis, Shaquille O’Neal has also made a name for himself as an investor, having put money into pre-IPO Google, as well as investing platform Loyal3.

Of course, it's not only basketball players who become investors. Former NHL star Mike Richter launched Environmental Capital Partners, which provides private equity financing to the environmental industry and green companies. NFL Hall of Famers Joe Montana and Ronnie Lott founded HRJ Capital in 1999, before it shut down in 2009.

The Wall Street Journal asked Bryant about other athletes who become investors, and if he feels any competition with them (I have to imagine that this was a line of question mostly about O'Neal, who Bryant famously feuded with when they played on the Lakers together).

Bryant, however, sees it differently. With so many athletes, both current and retired, becoming VCs, he envisions a world where they form a sort of club, where they can assist each other with their investments.

“I think it’s interesting that the immediate reaction from people would be competitiveness between myself and others. I’m more interested in how I can help Shaq, Melo [Anthony] or [NBA player Andre] Iguodala," he said. 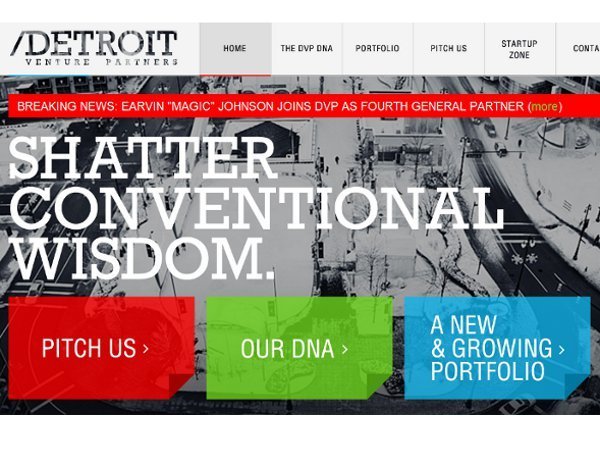