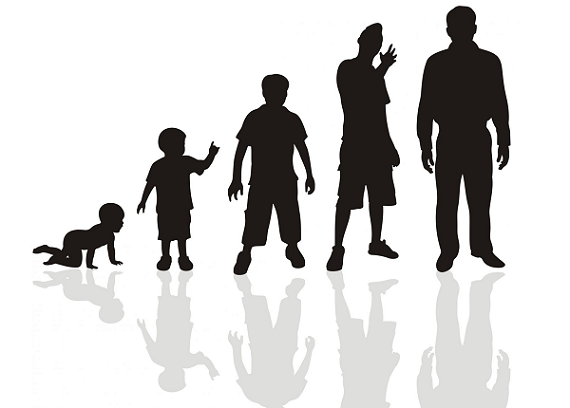 Since the beginning of this year, Vator has been doing a series of articles called When they were young, in which we take a look back at the modest days of startups to see what traction they had in their first few years, and how they evolved.

We started with Facebook, and have since covered some of the biggest companies in tech, including Uber, Twitter, Snapchat and Delivery Hero. [Editor's Note: if you'd like to be profiled, email newsroom@vator.tv]

Now that we've done a fair amount of these - 13 in all - we can see if any patterns emerge in how companies, which all started small, became big.

1) They all have more than one founder

One thing that is common among every single company we have covered is that they have more than one founder. Most of them actually have three, except for WeWork, Uber, Lyft and Instagram, which had two.

Not one of the companies were founded by a single person. As they say, it takes a village.

2) They raised their seed round in their first year

Another thing that becomes clear: these companies do not wait around, waiting for someone to fund them. They put the pedal to the metal right away, and often raise money within their first year.

WeWork took a bit longer and didn't raise its first funding, a $1 million round, until it was at one year and eight months old.

A few companies even raised their Series A rounds as their first round: Instagram raised a $7 million round at seven months, Delivery Hero got €5 million at six months, Nextdoor raised $18.6 million at one year and 11 months, and Twitter raised its $5 million Series A at one year and three months.

The exception to this was Airbnb. Even though it took seed funding quicker than the rest, it didn't raise its Series A until it two years and three months old.

We often think of companies starting life fully formed in their current incarnation. That, of course, is not true at all. All companies change from their initial idea, at least somewhat. Evolving and adapating is just part of building a company.

Many, in fact, are pivots away from another idea entirely. Nextdoor, for example, was a pivot from the company's previous incarnation, called Fanbase, an online crowdsourced almanac of professional and college athletes.

Lyft, meanwhile, started a side project of Zimride, an online service that connected passengers and drivers via their Facebook profiles to share the cost of a road trip. Lyft eventually became the whole business, and Zimride was sold off in 2013.

Pinterest also started life as another idea, woman’s fashion catalog Tote. The founders built a tool on Tote for organizing items and interests, the early incarnation of what would become Pinterest.Instagram was spun out a site called Burbn, an HTML5 mobile Web app that let users check in to locations, make future check-ins, earn points for hanging out with friends, and post pictures. Eventually all of Burbn's features were ditched, except for photo-sharing.

Twitter started life as twttr, a product of podcasting company Odeo. The first Twitter prototype was used as an internal service for Odeo employees, and was eventually bought by Obvious Corp., which was started by Twitter's founders. It was then spun out into a separate service.

Even companies that were founded from the ground up pivoted, like Facebook, which started out as Facemash in October 2003 in Mark Zuckerberg's Harvard dorm room. It was an "hot or not" type website aimed only at other Harvard students. That's obviously not what the current Facebook looks like.

Or any changed their name: Uber was originally UberCab and Snapchat was Picaboo.

The lesson here is that the first idea is very often not the best idea, though it may contain the seeds of success.

5) They got significant traction in their first month to four months, after launch

Another trend that emerges is that many of these companies got significant traction pretty early on, a good indicitation that they would eventually become major players.

HelloFresh was already active in seven German cities and five countries, including Australia, France, the Netherlands, and the UK, after only two months. In the same timeframe, Lyft had just 150 drivers, but had given tens of thousands of rides in San Francisco. Snapchat reached 40,000 active users in three months.

There are a couple of exceptions. It took Airbnb nearly a year just to reach 25,000 users worldwide. Nextdoor struggled early on, getting to only 100 neighborhoods in its first year, while still in private beta. It's now adding 100 new neighborhoods every day.

6) The current CEO is a founder

One thing that is also common among every company we covered: one of the founders of the company is currently in charge.

7) They got media coverage within their first two years

A company has to really know they've made it when the media starts paying attention to them. A number of big companies started getting exposure within their first couple of years.

Airbnb, for example, was highlighted in VatorNews' Startup Sessions, less than a year after it launched. Pinterest founder Ben Silbermann also spoke at the L2 Innovation Forum a year after development of the product started.

Zuckerberg sat down with Vator's founder and CEO Bambi Francisco a little over a year after launching.

Nextdoor's first media coverage came at one year and four months,when the company was highlighted in a piece by NBC's Bay Area affiliate. Snapchat was talking to the media a year and three months after it was founded, with Spiegel being interviewed by AllThingsD's Liz Gannes.

Probably the earliest coverage came for Instagram, as Systrom was interviewed by O'Reilly Media at the Web 2.0 Expo in March of 2011, only eight months after it was founded.

While these traits are shared by many companies that would grow to be leaders, ultimately, none of these should be taken as indicators of success or failure. While some companies take a while to raise money, or to get users, and eventually go on to do great things, there are probably just as many that started right out of the gate only to collapse before reaching the finish line.

When Postmates was young: the early years

Postmates started out as Curated.by, a real-time tweet curation platform, before pivoting