Cuban isn't afraid to speak his mind when it comes to entrepreneurship, venture capital or politics 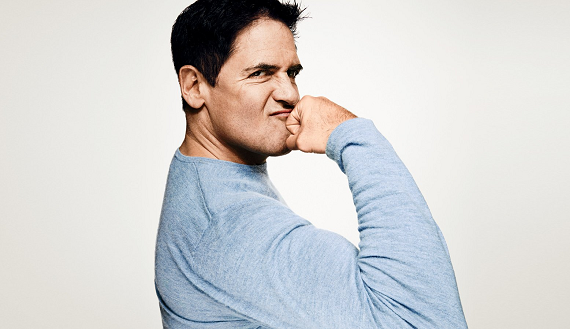 Our 6th annual Splash LA conference on October 13 is always one of our best events of the year. Maybe it's the venue; perhaps it's the weather; it might be that the beach always makes people a little more relaxed? It's probably all of the above and the fact we always get great speakers. Last year, we had Michael Dubin, Founder and CEO of The Dollar Shave Club, which was acquired by Unilever. We've also had Jessica Alba, actress and co-founder of The Honest Company. This year, among other awesome speakers, we're joined by Mark Cuban.

Cuban is one of the hosts of Shark Tank, the popular startup pitch show on ABC. He's also the owner of the Dallas Mavericks, Landmark Theaters and Magnolia Pictures. He's also an author of a book, "How to Win at the Sport of Business." He'll be on stage as one of our judges of the startup competition. Note: If you want to see if you can make it on stage, apply here. Splash LA 2016 cohort.

Given how varied his interests are, and all of his different levels of expertise, there are multiple topics that Cuban can speak on. These are just a few that we will touch on during the interview:

Being a great entrepreneur

One of the topics we always like to ask our speakers at Splash is what advice they have for entrepreneurs, and how they were able to become successful despite any challenges they faced.

Cuban's career started when he started selling garbage bags door to door when he was 12 to pay for basketball shoes. His first success came when he created MicroSolutions, a computer consulting service, which he sold to CompuServe for $6 million in 1990.

He then founded Internet radio company Broadcast.com back in 1995. By 1999, the company had 330 employees and $13.5 million in revenue, and it helped launch the first live-streamed Victoria's Secret Fashion Show. The company was sold that same year to Yahoo for $5.7 billion in Yahoo shares.

In 2003, Cuban co-founded media group 2929 Entertainment, which bought Landmark Theaters that same year. It owns and produces numerous television shows, including an updated version of the TV show Star Search, which was broadcast on CBS. The company also pioneered the same day DVD release strategy with Bubble, a 2005 movie directed by Steven Soderbergh. The film was distributed by Magnolia Pictures, which Cuban also owns.

Cuban currently has a net worth of $3.2 billion, making him the 527th richest person in the world, and number 198 in the United States, according to Forbes.

With that kind of experience, Cuban will no doubt be filled with great advice for how young startups can reach the same level of success.

With his role on Shark Tank, Cuban is probably best known to most people for being an investor.

Some of the companies he has put money into include Box, where Cuban actually wrote the first check to the company, a $350,000 angel investment, in 2005. However, due to a disagreement with founder and CEO Aaron Levie on the direction of the company, he sold his shares at cost to Draper Fisher Jurvetson in Box’s 2006 Series A round, costing him potentially millions is profit when the company went public.

Cuban has seen numerous exits from his investments: he put seed funding into SlideShare in 2008, which was bought by LinkedIn in 2012, as well as Weblogs, which was bought by AOL in 2005. He also put Series A money into Red Swoosh, a peer-to-peer file sharing company from eventual Uber founder Travis Kalanick. The company was acquired by Akamai Technologies in 2007.

Cuban has also made a large number of investments through his involvement with Shark Tank, putting $19.85 million in 85 deals so far, at least on air (the actual deal numbers are likely different from was agreed on the show).

His largest Shark Tank investment so far has been $2 million put in Ten Thirty One Productions for 20 percent of the business.

Cuban has also made numerous, sometimes controversial, comments, about the venture capital landscape. For example, in May of last year, he wrote a blog post entitled, "Why This Tech Bubble is Worse Than the Tech Bubble of 2000."

"If we thought it was stupid to invest in public internet websites that had no chance of succeeding back then, it’s worse today," he wrote."To the investor, its the hope of a huge payout.  But there is one critical difference. Back then the companies the general public was investing in were public companies. They may have been horrible companies, but being public meant that investors had liquidity to sell their stocks."

The provocative article sparked a national conversation. Many disagreed with Cuban's assertions, but it's that kind of willingness to say what he really believes that makes him such a fascinating figure.

The other thing that Cuban is probably best known for is being the owner of the Dallas Mavericks, in which he purchased a majority stake in January of 2000 from Ross Perot for $285 million. Perot retains 5 percent ownership.

In the 20 years before he took over, the Mavericks made the playoffs six times, and won only 40 percent of their games. Under Cuban's leadership, the team was able to turn itself around: since 2000, the team has won 69 percent of their games, and made the playoffs ever year but one. The team also won its first ever championship in 2011, when they defeated the Miami Heat.

The Mavericks are valued at $1.4 billion, making it the ninth most valuable team in the NBA. That means the team is now worth $1 billion more than it was when Cuban bought it.

There are actually a number of entrepreneurs/VCs who have bought sports teams. One of the first to do it was Microsoft co-founder Paul Allen, who bought  the Portland Trail Blazers for $70 million in 1988, and the Seattle Seahawks for $200 million in 1996.

There's also Joe Lacob, a partner at Kleiner Perkins Caufield & Byers, who became the majority owner of the Golden State Warriors in 2010 for $450 million, and Vivek Ranadivé, former CEO of TIBCO, whose ownership group purchased 65 percent of the Kings for approximately $348 million in 2013.

One of the more notable instances of someone from the tech world getting into sports is former Microsoft CEO Steve Ballmer, who bought the LA Clippers for $2 billion in 2014.

Part of what makes Cuban such a great interview is not only the fact that he is so multi-facteted, being a TV star, the owner of a major sports franchise and an investor, but that he's not afraid to speak his mind.

In no area has that been more clear than when it comes to politics. Cuban, who has openly talked about one day possibly running for President, has not been shy about letting his feelings about the current state of the election be known.

Just earlier this week he sent out this Tweet:

This election will be determined by the battle of science vs anger. Ground game vs the draw of the angry voter. Polls won't tell the story

Cuban has also been outspoken about Republican nominee Donald Trump. In early 2015, Cuban seemed to support Trump's candidacy, calling him "probably the best thing to happen to politics in a long, long time."

"I don't care what his actual positions are," Cuban wrote. "I don't care if he says the wrong thing. He says what's on his mind. He gives honest answers rather than prepared answers. This is more important than anything any candidate has done in years."

More recently, though, Cuban has changed his tune, endorsing Hillary Clinton in July, while also using some choice language to describe Trump.

"Leadership is not yelling and screaming and intimidating," Cuban said. "You know what we call a person like that in Pittsburgh? A jagoff. Is there any bigger jagoff in the world than Donald Trump?"

"At the beginning, he was a businessperson and I wanted to see a change from the traditional politician, but then he went and opened his mouth," said Cuban. "He had a really good chance to be different and really have a chance to change things, but he doesn’t do the work. He’s lazy."

Cuban is a man who isn't afraid to say what's on his mind. We can't wait to see what he has to say at Splash LA! 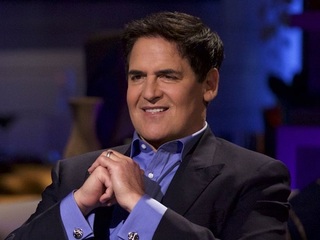 Mark Cuban to speak and judge at Splash LA 2016