The History Project takes funding from The Associated Press 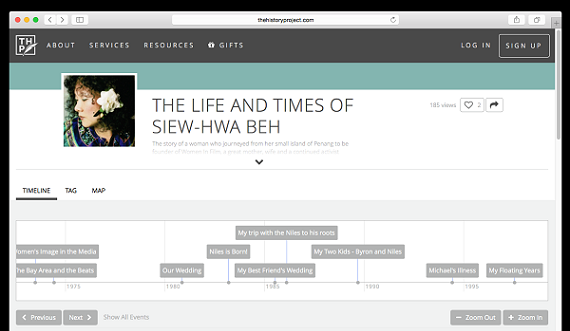 The History Project, a company that seeks, to be a modern reinvention of the time capsule, has raised an undisclosed amount of funding from The Associated Press, it was announced on Wednesday.

The round is an extension of the company's $2 million seed round, which it raised in November from The New York Times Company, with additional investment by Matter Ventures and Altpoint Ventures, as well as several angels.

The company had also previously raised $500,000 in a friends and family round.

Founded in 2014, The History Project connects memories and artifacts, which have been scattered over various digital, social, and physical platform, allowing users to collect them in order to collaborative, and interactive life narratives.

Users can import media, including YouTube clips, Facebook posts, even maps that can be layered on top of each other to see how multiple generations have crossed each other. It now has over 2,000 projects that have been started.

In the last few months, companies like the New York Times and The Associated Press have begun to leverage the platform, Niles Lichtenstein, CEO and co-founder of The History Project, told me in an interview.

"People really enjoy being able to go back to different moments, and including things like music, and now news is something we are blow out a lot more," he told me. "We will allow them to capture the front pages during specific times, like when their daughter was born. It will almost be like a Pinterest of emotional belonging."

In the next quarter, The History Project users will gain access to AP images, content and video.

In addition to the funding, the company also announced a bunch of new names to its advisory board.

"We wanted to add a ton of different perspectives, where the platform and The History Project can thrive and serve specific needs," Lichtenstein said.

The new members are:

"Dean is well known for his expertise in the storage and security space. Users love building projects, and they want to ensure that its secured and stored. Dean has experience with this, having founded Barracuda Networks, so he's able to think through solutions," said Lichtenstein.

"Since we launched in December we have had celebrities, including Jewel, create their own project. We've also been talking to other. Jay represents well known artists, people who have been famous for decades, and who wanting to control their narrative."

"There was great alignment With Ancestry. She also helps on the marketing, branding and PR side to understand different segments we can go after," Lichtenstein said.

"YesVideo and Legacy Republic are the primary digitization companies. I've known Michael for a while, since we were both in the mobile ad space togeher. I wanted someone who knows about bringing physical assets online," Lichtenstein said.

It was important for me to have someone like that to partner with, who has a ton of insight in the translation of physical to digital, so that becomes part of our offering to users."

"Hashem brought in financial experience, which he has looked at from an international experience. We are not going to go there yet, but we have noted just how global the notion of personal history and narrative is."

"I'd known him, and his experience, in being a technical expert, and building SaaS based products and infrastructure. They have also just gone through a number of rounds, so he is well versed in that," said Lichtenstein.

The company will use the new funding to build out its team, including a Head of Partnerships, and more members of the tech team.

It currently has 8 employees, and will be between 10 and 12 by the end of the year.

The History Project (THP) is changing the way our history is captured and told by re-inventing a new form of digital time capsule. As a pinterest of emotional belongings, THP has created a space between social media and cloud storage to unify our most important memories and curate them beautifully into collaborative multi-media narratives that transcend generations.  We are the opposite of snapchat and recognize that as digital content explodes there needs to be a place where the most meanigful things can be preserved forever, richly and beautifully. 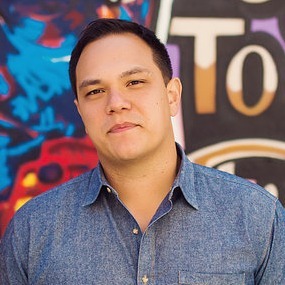 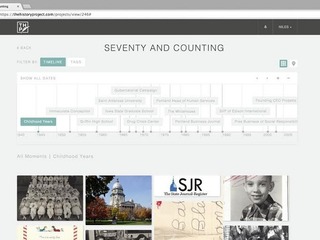