Taxis managed to survive, a dearth of IPOs and flurry of unicorns, and a terrible ad campaign

Just when you think you've been living and breathing technology for so many years that nothing could surprise you, along comes a year like 2015, where taxis are still thriving, giant tech companies refuse to go public, and the bubble just gets bigger and bigger.

Here are five of the most surprising events related to the sharing economy from 2015. 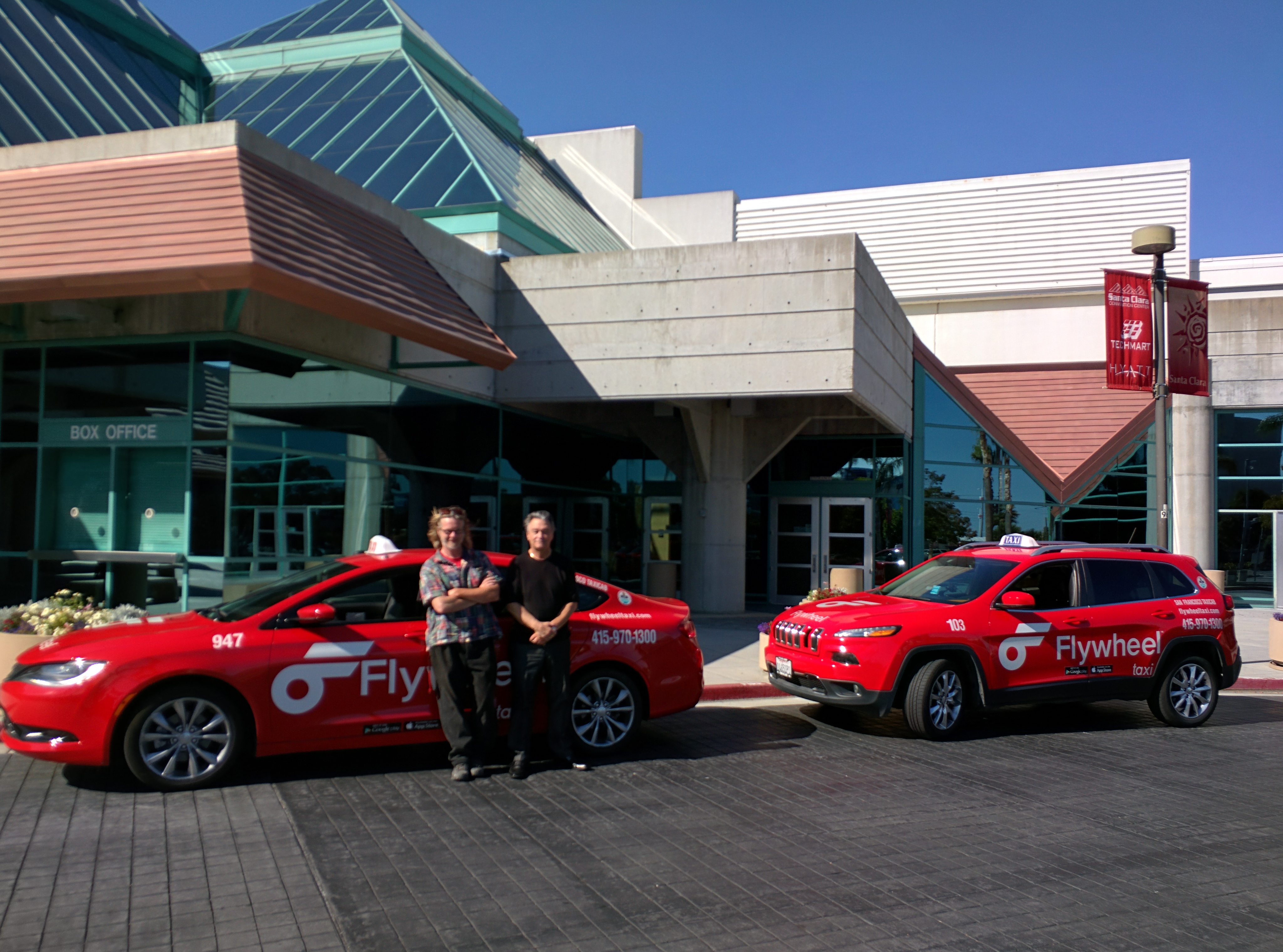 A year ago, I remember telling a colleague that I actually enjoyed traditional taxis. Their drivers, I argued, know how to drive around the city, they don’t have surge pricing, and the rise of Uber and Lyft means you can actually hail empty cabs on every street (something that wasn’t true a few years ago).

My colleague, of course, laughed. This is San Francisco—we embrace new technology heartily, especially when that new tech fixes a real, nagging problem (like the problem of the poor taxicab experience). And yet, look around. San Francisco and other major cities across the country still, bafflingly, have taxis driving around.

It’s not just appearances either. Sales of taxi medallions dipped a little bit this year, but not nearly enough to indicate that taxis are dying or even that they’re trending downward. Not only that, but several startup companies today offer taxi-hailing apps, including Flywheel and AsterRIDE. The former won big earlier this week when California approved its TaxiOS technology for cabs, meaning taxis along the west coast will new look a lot like Uber with an all-in-one smartphone metering, navigation, and payment system.

Taxis aren't dying. On the contrary, they might be thriving.

From an outside perspective, at least a dozen sharing economy companies appeared to be ripening for an initial public offering (IPO) at the end of 2014. Uber and Airbnb are perhaps the most obvious candidates, but you could probably make the case for several other big-name services, including Lyft, WeWork, Instacart, and Thumbtack.

If you look at the one that did go public, however, it becomes apparent that perhaps the rest made the right decision.

The only sharing economy company to go public in 2015 was Etsy, the peer-to-peer marketplace for handmade or vintage items. Its shares hit the Nasdaq under the ticker symbol ETSY in mid-April, popping 88 percent to close at $30 on the first day. The IPO raised $267 million for the company, ultimately valuing it at $3.3 billion. Those were big, bold numbers, but they unfortunately didn't last long.

Today, just eight months later, the company’s stock is trading for just under $9 per share. Etsy, like Square and Box, was emblematic of the rocky IPO market for tech companies this year.

3. The bubble got even bigger (until very recently)

From 2011 to 2013, each year saw exactly five new unicorns minted in the U.S., according to PitchBook. In 2014, this number exploded, with 34 new American unicorns emerging in that single year. So, at the end of 2014, most of us may have expected this to be an anomaly, not a trend.

On the contrary, things got even crazier in 2015, with a new unicorn minted nearly every week of the year.

In all, almost $33 billion was invested in unicorns this year, with the median deal size of $158 million. Six of those deals alone were at least as big as $1 billion, with Uber snagging several of these. (We’ll get to that in a moment.) Of course, the bigger the bubble, the greater the fears that everything will come crashing down when everyone comes back to reality. Thankfully, however, the last few months of 2015 didn’t end catastrophically but rather marked a healthy downward trend in sky-high funding rounds and unrealistic private market valuations. 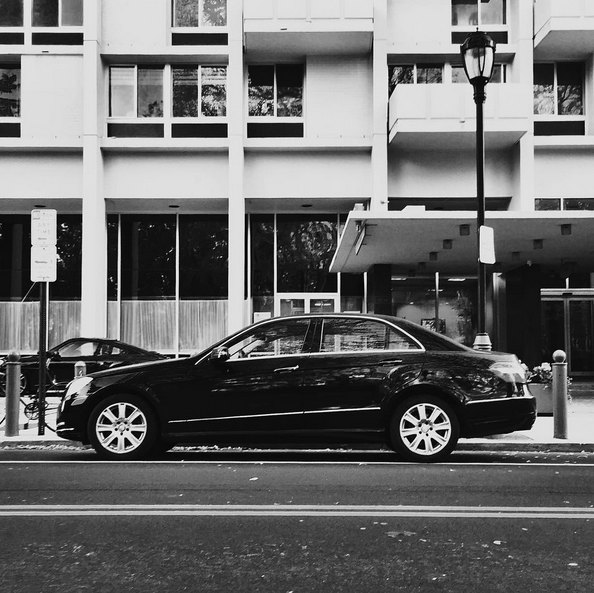 I’m using similar logic here as I did in the previous section. In 2014, Uber raised two $1.2 billion rounds, so it would have been fair to predict that in 2015 the company would either ride the momentum of that cash or maybe seek an exit, likely an IPO.

Not only did Uber not go public, but the company dipped into investors’ coffers for $1 billion rounds four more times. Why? Among likely many other reasons, Uber has had to hire aggressively, it is attempting to expand into several major international markets (in both Asia and Europe), it is facing stiff competition in every market, it must contend with the incumbent taxi market as well as regulations new and old, and it must even battle against its own drivers in court, who are demanding either the right to unionize or full-blown employee status.

The first two times Uber raised new $1 billion rounds (in January and February), you could tell our astonishment at the news just by reading the headlines: “Unbelievable: Uber takes another $1.6B in funding!” and “Uber just added an additional $1B. Seriously.” By the year’s third and fourth $1 billion rounds, it just seemed to be a matter-of-course. And perhaps that’s the most surprising thing of all.

Perhaps I shouldn’t have been surprised. After all, a cynic might argue, we all know that most tech companies are anti-government, anti-tax, hardcore libertarian organizations that dream of everything being regulated and controlled by the free market alone.

And yet, when Airbnb rolled out its awful advertising campaign across San Francisco passive-aggressively complaining about having to pay hotel taxes, I couldn’t help but ask aloud, “Who approved this?”

Far from a little tweet or even a botched email campaign, this was a city-wide billboard campaign that must have been approved by Airbnb’s top head of marketing, if not by others on the executive team. And, as I and many others wrote when the news broke, whining about taxes when you’re a $25 billion company is misguided at a minimum. Doing so while in the same breath condescending to essential city organizations--including the Public Library, Public Works, and the Board of Education--is just plain stupidity.

Thankfully, Airbnb reacted swiftly and strongly, pulling down the ads, apologizing, and doing its best to move on. 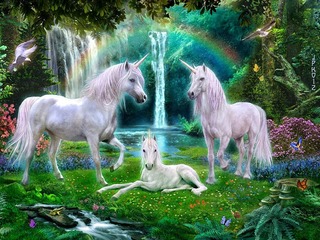 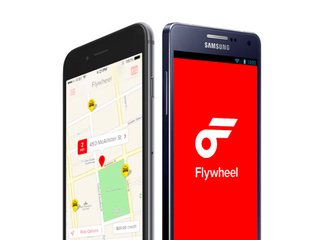 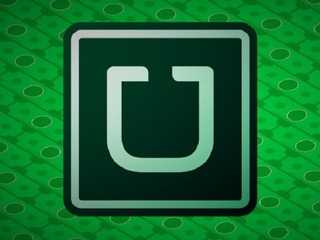 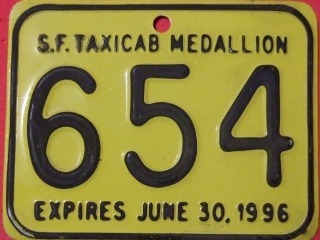 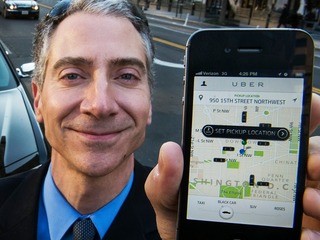 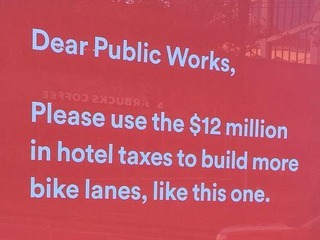