CB Insights sees fewer companies that may go public, but some that may be forced to by the market 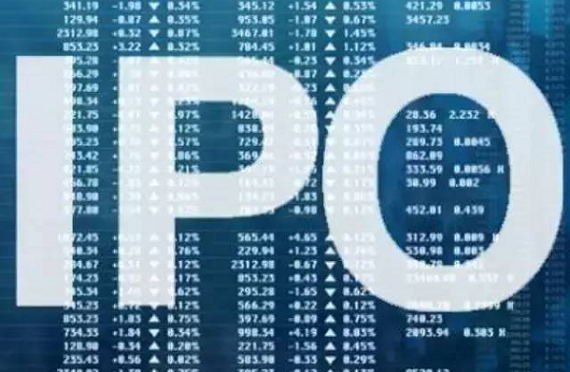 By any measure, 2015 was a terrible year for the IPO market. Absolutely awful. There were 169 IPOs, which raised $30 billion in 2015. Not only was that a 39 percent drop in volume, and a 65 percent drop in money raised, but numbers were the lowest since 2009, which was right in the heart of the recession.

So everyone has to be hoping that 2016 will be better. But the obvious question is, will it be? How is that the pipeline shaping up for the next year?

There are 531 venture capital and private equity-backed technology companies that could go public in 2016, according to the Tech IPO Pipeline Report out from CB Insights on Thursday. That is down from the 588 tech companies identified for last year's report.

On the other hand, the average amount raised by 2016 pipeline companies is $182 million, up from
$111 million for last year's companies. There were also nearly double the number of mega rounds from the year before, 92 to 48 in 2014.

So it looks like the companies that might go public in 2016 are actually stronger than they were in 2015, even if there are fewer of them. Part of that simply has to do with the metrics that CB Insights now uses to gauge the potential IPO candidates.

"The number of companies in the Tech IPO Pipeline has actually decreased this year. In past years, the number has grown but we're applying more predictive analytics and data to the recommendations resulting in fewer companies making it through," Anand, Co-founder and CEO of CB Insights, told me.

"Things like hiring growth, customer signings, news chatter, etc are all influencing our assessments of private company health a great deal more so the bar is even higher."

The majority of the companies that are likely to see IPOS are Internet companies. There are 340 of them, which make up 64% of the 2016 Tech IPO Pipeline. Mobile & Telecom companies are a distant second with 77 companies, but they also include some of the potential blockbuster IPOs, including Uber and Snapchat.

The rise of the number of companies with billion dollar valuations, or unicorns, may help explain why so few companies went public in 2015. There were a dirth of exits due to the high valuations of these companies.

In just the last two years, the number of companies in the pipeline have gone way up. There were 16 in 2011 through 2013. There have been 62 in the past two years, and 39 in the last year alone.

We have started to see some investors devalue their unicorn companies, and given that environment, some companies have be forced to go public, since investors will no longer allow them to rack up the same huge valuations they have for the last couple of years.

When it comes to which investors are most likely to make out like bandits from the 2016 crop, that would be Sequoia Capital, which had the most investments in Tech IPO Pipeline companies this year. Rounding out the top five were Andreessen Horowitz, Kleiner Perkins Caufield & Byers, Accel Partners, and NEA, making it the same five that topped the list last year.

Interestingly, all of those firms did the majority of their investing in the Series A round. Sequoia did 19 investments, while Andreessen Horowitz did 17, Kleiner Perkins did 16, Accel did 15 and NEA did 14. They were all big Series B investors as well.

Most likely to IPO

So who actually really might wind up being a public company when all of this is said and done? Of all of those companies, CB Insights has picked five that are most likely to become publically traded in the next 12 months. They are:

3. Nutanix, a Web-scale converged infrastructure company that has raised $317.6 million in funding, including a $140 million Series E funding round in August of 2014. Investors include Blumberg Capital, Lightspeed Venture Partners, Khosla Ventures and Battery Ventures.