Videopixie, a video creation and production company, raised $1.1 million in seed funding from Jawed Karim, 500 Startups and other angels.

Dutch informatics firm Bluebee raised €1.8 million ($1.9 million) in a round from Buysse & Partners and Delft University of Technology.

DataHero, provider of self-service Cloud BI, raised $6.1 million in Series A round led by Foundry Group.

Local commerce mobile messaging app Lookup raised, a $3 million Series A round from Biz Stone and along with other investors.

Health insurance recommendation engine Stride Health raised a $13 million Series A round led by Venrock, with participation from Fidelity Biosciences and NEA.

Thoughtful Media Group, a global multi-channel network, raised a convertible round of financing totaling $8 million from investors across the US, Europe and Asia.

BetterCompany, a social platform centered around employees' work day, raised a $6 million Series A round led by BlueRun Ventures.

Bd4travel, a provider of predictive analytics for the online travel industry, raised a $4.2 million Series A round led by Hoxton Ventures. Talis Capital, and Robin Klein.

Online solar power marketplace EnergySage raised a $1.5 million Series A round led by Launchpad Venture Group. with participation from The New York Angels and the Clean Energy Venture Group.

WayBlazer, a provider of intelligent discovery for the travel and leisure industry, raised $5 million in Series A funding led by The Entrepreneurs’ Fund and IBM, with participation from Gobi Partners.

Speakeasy, a provider of mobile-first conference calling software, raised a $5 million Series A round from Bessemer Venture Partners and Salesforce Ventures.

Tumblbug, a South Korean crowdfunding platform for the creative arts, raised $15.5 million in a Series A round from DCM, Strong Ventures, and Naver.

Drizly, a company powering a superior shopping experience for beer, wine and liquor, raised $13 million in Series A funding from Polaris Partners with participation from First Beverage Group and existing investors.

Centro, a provider of enterprise-class software for digital advertising, raised $30 million in a round led by Neuberger Berman Private Equity Funds, along with FTV Capital.

Coho Data, a provide of Web-scale flash storage for the enterprise, raised $30 million in a Series C round led by March Capital Partners, with participation from Hewlett Packard Ventures, Intel Capital, Andreessen Horowitz and Ignition Partners.

Teamleader, a software company helping companies manage their data in the cloud, raised €2.5 million in funding from Fortino.

Hightower, an online platform for the commercial leasing industry, raised $13 million in a Series B round led by RRE Ventures, with participation from Bessemer Venture Partners, Thrive Capital, and Pritzker Group Venture Capital.

Open source application development platform Meteor raised $20 million in a round led by Matrix Partners, with participation from Andreessen Horowitz and Trinity Ventures.

iSpot.tv, acompany that tracks national TV ads and correlates digital responses in real-time, raised a $21.9 million Series B round led by Insight Venture Partners, with participation from Madrona Venture Group.

Feedzai, a data science company for the banking and commerce industries, raised a $17.5 million Series B financing round led by Oak HC/FT, with Sapphire Ventures and Espirito Santo Ventures.

Meteor is an open-source project for building top-quality web apps in afraction of the time, whether you're an expert developer or just gettingstarted.

YCharts is growing rapidly with almost 50,000 unique visitors. We are also contributors to SeekingAlpha and syndicated to many of the top financial publications.

Our team is based in Chicago and New York with experience at Google, Bear Stearns, Lehman Brothers , Tribune and WallStreetView.

YCharts was founded out of frustration with current investor research options that focus on snapshot data, real-time prices, technical analysis and ignore the long-term core business trends. It still takes 2-4 hours to analyze a single company’s fundamental business trends and even longer if you try to factor in other companies, industry performance and economic indicators. YCharts eliminates the manual process of analyzing company/market trends and makes them visual, interactive and social.

YCharts visualizes massive amounts of market information to identify companies with long-term competitive advantages and appropriate valuations. Fundamentals matter and we believe it’s important to understand how companies perform over time and relative to their peers. We cover over 5,000 U.S. companies and manage over 40 million investor trends in real-time. We’re confident that the insights we create from over 10 years of actual business results – are valuable for users who are looking to improve their understanding of company trends. "Risk comes from not knowing what you’re doing.” Warren Buffett

YCharts provides you with insights on company valuation, growth and profitability trends in real-time. Feel free to post ideas and suggestions here. You can also follow us onTwitter or check out the latest press coverage.

Avocarrot is a platfrom that helps brands engage and acquire new customers on mobile. We do this by transforming their promotional offers into rewards for mobile users.

EnergySage is the "Expedia of Solar", the industry's first and only online marketplace for turnkey solar PV systems and financing options.

The disruptive platform helps consumers easily & quickly request, review and compare competitive quotes for turnkey solar PV systems and financing options online from a network of prescreened, high quality solar installers.  Consumers value the simplicity, choice and transparency that the online platform offers, and solar installers benefit from access to qualified prospects and a simple bidding platform.  EnergySage targets the $9B+ residential and small commercial solar PV market, that is projected to grow at >50% annually over the next 5 years. 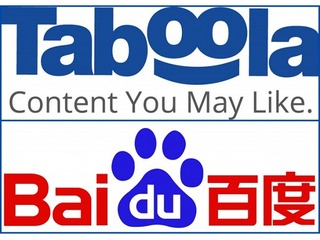 Taboola takes investment from Baidu to expand to China 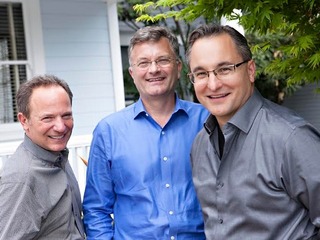 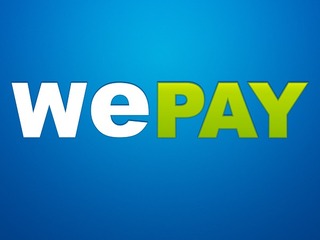 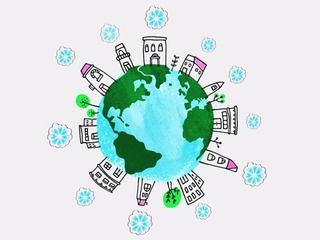 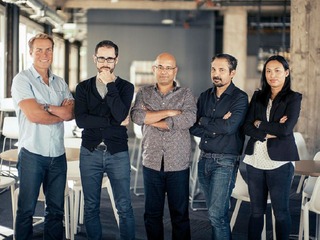