Some of the new rules may favor local companies, like Uber's biggest Chinese rival, Didi Kuaidi 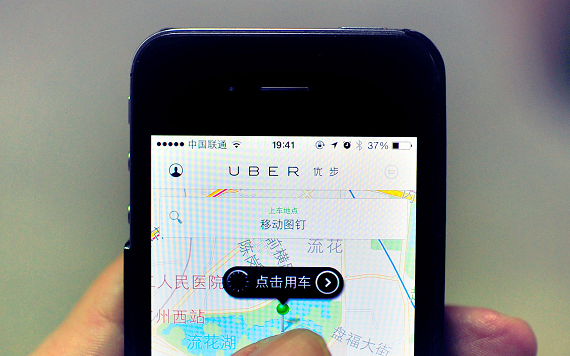 It's no secret that Uber thinks of China as perhaps its most important marketplace. It has put billions in resources into the country and has big plans for expansion.

China, though, may have other plans and they may not make Uber too happy.

The Chinese government has plans to impose some new rules onto car-hailing services like Uber, according to a report out from the Wall Street Journal on Sunday, which may hinder the company's ability to operate effectively in the country.

Some of the rules that are being considered by The Ministry of Transport including making sure that providers have  their servers in China, that they share their data with local transport authorities, that they register their cars as taxi services, sign labor contracts with their drivers (we all know how Uber feels about that one) and insure their cars and passengers.

Some of the rules seemed designed to give favor to local services.

On top of that, foreign companies (that would be Uber) must obtain a license to do business in the country. Those companies are also going to subject to national security checks.

Another proposed rule would forbid drivers from working for multiple ride-hailing app providers at the same time.

If that were the case, drivers would be no doubt more likely to go with a homegrown services. Basically such a rule would help out Didi Kuaidi, Uber's main rival in China.

Didi Kuaidi just recently raised a $3 billion funding round, after it raised a $2 billion round of funding in July.

Uber has its work cut out for it in China. It only operates in 11 cities in the country, though CEO Travis Kalanick said last month that he wanted that to be 100 cities by next year.

The company has taken a lot of money from Chinese companies, including $1.2 billion in September, with Baidu as one of the investors. Also, recently leaked documents showed that Uber had taken investments from two other companies in China: the state-owned China Life Insurance Co. and China Taiping Insurance, though the amounts of those rounds were not revealed.

At the same event last month. Kalanick also said that he expected new regulations later this year, which will govern ride-hailing services in China, and which will benefit Uber. Seems like he may have been wrong about that last point.

The good news for Uber is that none of this is yet set in stone. The rules are open for public comment in the next month.

Also, the fact that these rules are being proposed at all is a step forward for the industry in China, as bnoth Uber and Didi Kuaidi both haveseen regulatory trouble. Working with the Chinese government to specify what the rules are would allow Uber to operate more freely, even if not all the rules are in its favor.

VatorNews has reached out to Uber for comment. We will update this story if we learn more.