HeartThis will remain live for now, while its engineers go over to ThumbTack 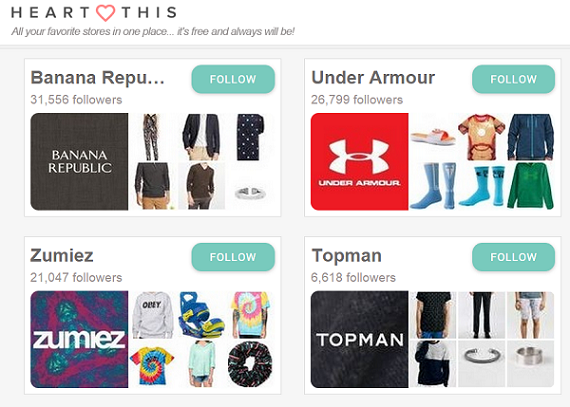 Local services marketplace Thumbtack may have raised a hefty $100 million round a year ago, marking it as one of the top companies in its space, but it still has plenty of competition from established players, including Yelp, Angie's List, and TaskRabbit.

For it to really make its mark, Thumbtack needs not only a strong ecosystem of customers and professionals, which it already has, but also a strong engineering team on the back end to strengthen its platform. So the company has decided to make its first ever acquisition, hiring the team from mobile and web shopping application HeartThis. No financial terms of the deal were disclosed.

This is purely an acqui-hire for Thumbtack; it will not be acquiring either HeartThis' product nor its technology and the company will remain live for the time being. It was not revealed how many employees of HeartThis will be making their way over to ThumbTack, or what they will be working on when they get there.

Founded in 2013, HeartThis is an app that aggregates multiple shopping destinations into one single destination. Stores on the site include Banana Republic, Urban Outfitters, Zumiez, Converse, J. Crew, Footlocker and Nike.

"After meeting the team, it was clear that this seriously talented group shares our enthusiasm for developing a better experience for connecting customers to the right service professionals for their projects," Mark  Schaaf, VP of engineering for Thumbtack, wrote in a blog post. "This excitement and their demonstrated expertise in solving complex problems at scale are the reasons why I’m so pleased to welcome the HeartThis team to the Thumbtack family."

“Our team is thrilled to join Thumbtack during this exciting time," Andrew Gadson, founder and CEO of HeartThis, said in a statement.

With their successful business model and the large scale technical challenges they are tackling, we can’t wait to join them in making a real impact to Thumbtack professionals’ businesses.”

Thumbtack is a company that attempting to upend the traditional way that people and professionals connect. Rather than having the customer search and browse through listings, they instead tell Thumbtack what they need. The company then takes that information to the professionals, who decide if the job is right for them.

Founded in 2009, Thumbtack has over three million projects requested every year in over 700 categories, including house paintings, wedding caterings and even people wanting to learn Spanish. At an average price of $600, that is $1.8 billion worth of business being funneled through the site.

VatorNews has reached out to both Thumbtack and to HeartThis for more information regarding the acquisition. We will update this story if we learn more.

(Thumbtack was the winner of our very first Vator startup competition and event, all the way back in October 2009. We will be holding another Vator Splash event in LA on October 15. Speakers will include Adam Goldenberg Founder & CEO of JustFab; Brian Lee. Co-Founder & CEO of The Honest Company; Michael Dubin, Founder & CEO of Dollar Shave Club; and TJ Sassani, Founder & CEO of zozi. Get your tickets here!)