VC capital invested rises to $1.18 billion for the month of May, buoyed by strong Series A deals 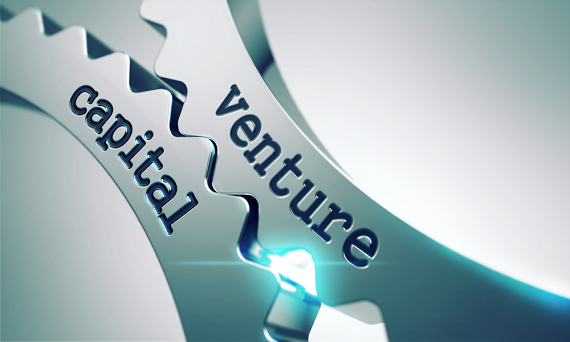 There was some good news and some bad for venture capital last month. While the amount being invested is still hitting extremely high numbers, deals are going in the opposite direction.

On the plus side, it was the third straight month where more than $1.1 billion went into early stage startups, according to data out on Thursday from CB Insights. The $1.188 billion invested in May was up from $1.175 in April, though still down significantly from $1.515 billion invested in March.

The bad news is, though, that the number of deals fell for the second consecutive month, falling to 358 in May, down from 419 in April, and 462 in March. 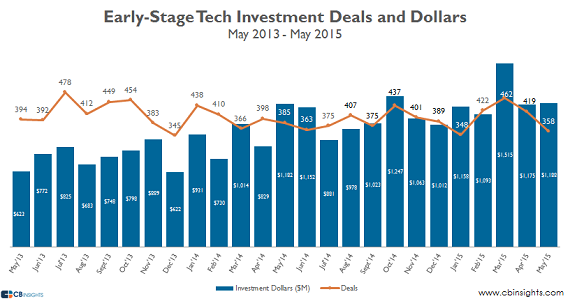 The median round size across all early-stage tech deals topped $1.8 million for the first time since October 2014. This is the third-highest monthly median in the past two years.

Overall, early deals topped a $1.8 million median deal size for the first time since October 2014. This is the third-highest monthly median in the past two years. 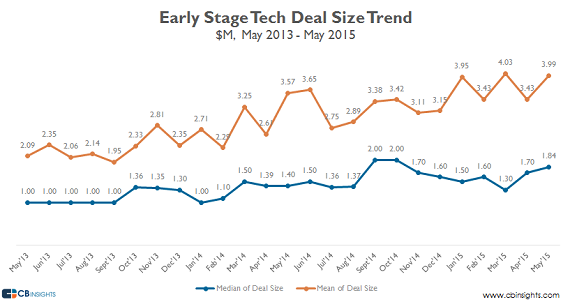 But the category was buoyed by Series A deal, which saw its ninth-straight month of at least $5 million in median deal size. Seed stage deals remained flat at $1 million, while Angel round for a second straight months, with the median deal size reaching just $490,000 in May 2015, the lowest median size of the past two years. 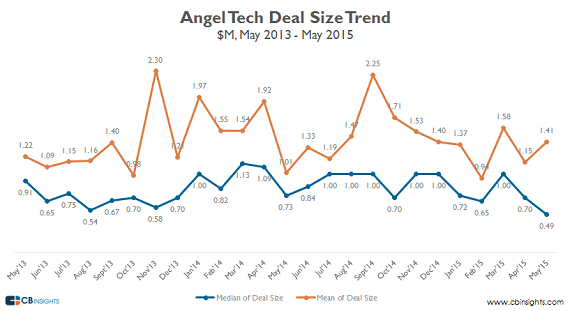 For the fifth-straight month Internet deal-share topped 60%,with Internet startups accounting for 64% of all early-stage tech deals in May. Mobile startups were up slightly, taking 26% of all deals, versus 25% in April.

Interestingly, Internet startups saw 60% of all funding in May, the lowest dollar-share of investments so far in 2015. Software startups took 8% of all dollars, including large deals to Visible Alpha and eVolution Networks, among others.