Marissa Mayer was the best paid female CEO in the country, with a salary of $42.1 million 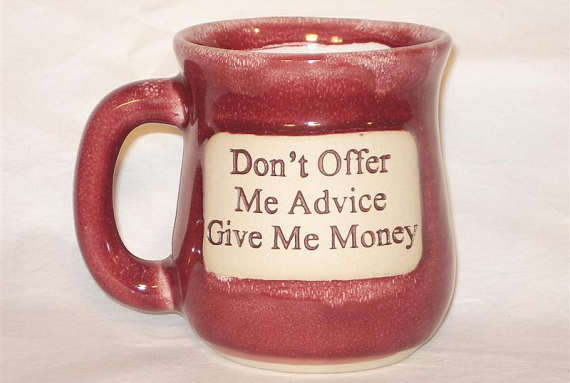 Man, it really does pay to be a CEO. Of course, there's a lot more to it than that, especially when it's a giant company and there's a ton of media scrutiny that you have to deal with, not to mention investors and shareholders. But, still, that paycheck. And what a paycheck it is.

Equilar, an executive compensation research firm, has released the list of the 200 highest paid CEOs in 2014, including base salary, bonuses, stock awards compensation and perks, and what some of them take home it almost mind boggling. Median pay for the 200 CEOs was $17.6 million, a growth of 21% year-to-year.

Since we are a tech blog, we are going to focus on those CEOs in our industry.

The highest paid CEO, by far, Discovery Communications’ CEO David Zaslav with $156.1 million. While he's not a tech CEO, that was a a notable number because it makes him the highest paid CEO since Tim Cook of Apple received $376 million in 2011. Cook, by the way, didn't even make the top 200 at all this year.

Out of the top 10 CEOs, four of the executives were from technology companies, with the highest pay going to one of the newest CEOs on the list: Microsoft's Satya Nadella, who was only named to the position in February of 2014.

Nadella took home $84.3 million last year, on a relatively low-base salary (for a company of Microsoft's size) of $918,917, but more than made up for that with $79.7 million in stock awards.

Right below him was GoPro CEO Nicholas Woodman, who took home $77.4 million. Again, a lower base salary, this time $800,000, was offset by extremely large stock awards of $74.6 million.

At number 7 was Oracle CEO Larry Ellison, who walked away with $67.2 million. His base salary was only $1, buy Ellison made $65 million in option award.

Ellison, who was the highest paid CEO of 2012, is saying goodbye to this list, as it was revealed last year that he has stepped down from his position after 37 years.

Notably, among the top CEOs, the highest paid woman was Yahoo CEO Marissa Mayer, who made $42.1 million, putting her at 14th on the list. Her base salary was $1 million, and she walked away with $42 million stock and option awards. Mayer may be taking a lot of flack from her shareholders right now, but she's definitely the most powerful woman in tech.

Besides Cook, a few notable people missing includes Facebook CEO Mark Zuckerberg and Twitter CEO Dick Costolo. Interestingly, there was one CEO of a social network that did make the list: Jeff Weiner, the chief exectuive of LinkedIn, came in at number 126, with $15.6 million in pay. 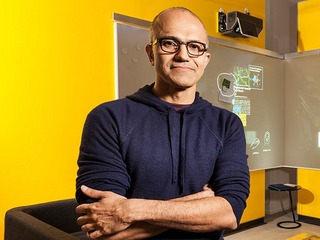 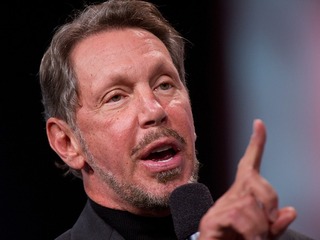 End of an era: Larry Ellison steps down as Oracle CEO