After PayPal split, Andreessen resigns from eBay board 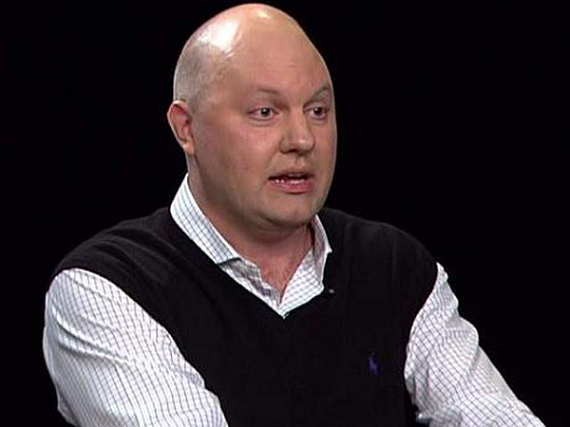 At the end of September, eBay announced that it was splitting PayPal off into own separate, standalone company. The decision was pushed by activist investor Carl Icahn, who owns 2% of eBay, but opposed by venture capitalist, and eBay board member, Marc Andreessen.

Icahn obviously won the fight, and now that Andreessen has lost the fight, he has decided that this is a good time for him to pack it in.

After serving on the eBay board of directors for six year, Andreessen revealed in a series of tweets put out early Monday, that he was stepping down from the position.

1/After 6 years of service + completed decision to split, I've decided now is a good time to step off the eBay Board of Directors.

2/It's been an absolute privilege to serve with John, Pierre, and team, and I could not be more proud of what we've accomplished.

3/I wish eBay, and both of its successor companies, all the best in the years to come & will seek to continue to help as much as I can.

This move by Andreessen comes after months of verbal sparring and personal attacks between him and Icahn.

In February, Icahn accused Andreessen of having conflicts of interest in the 2009 sale of Skype from eBay to a group of private investors, which included Andreesen Horowitz. The group then sold Skype to Microsoft for $8.5 billion. We even listed Andreesen Horowitz as one of the big winners in that deal at the time.

Icahn accused the group, and Andreessen, of "preempt[ing] a planned Skype IPO (in which stockholders would have ended up making multiple billions of dollars)" in order to buy 70% of the company "for less than what eBay had paid to acquire it," Icahn wrote in a letter to eBay shareholders.

Andreessen, he said, was enthusiastic about the company's prospects, but failed to share his feelings with John Donahoe, president and CEO of eBay, in order to be able to turn a profit on the company.

"One cannot help but wonder what happened to Mr. Andreessen’s fiduciary responsibility to share his feelings with Mr. Donahoe and the board rather than preempt the planned IPO to further his own interests."

Earlier this month, Icahn went so far as to call Andreessen “what’s wrong with corporate America," in an interview with Bloomberg. In response, Andreessen has had his own words for Icahn, telling CNBC earlier this month that he was like an "evil Capitan Kirk."

The bad blood between Andreessen and Icahn did not go down to Donahue, who only had good things to say about Andreessen and his tenure at the company.

“Marc has been an extraordinary board member, and we greatly appreciate the leadership, insight and expertise he has provided over the past six years," Donahoe said in a subsequent statement. "He has provided invaluable support to me, the board and the entire company.”

As per the deal to, Donahoe, who had also opposed the split, will be stepping down from his role as CEO of eBay once PayPal becomes its own business. Devin Wenig, currently president of eBay Marketplaces, will become CEO of the new eBay company, while Dan Schulman was appointed President of PayPal, and CEO-designee of the standalone PayPal company following its separation.

The eBay and PayPal split is one of many such deals to arise recently, with Hewlett Packard also announcing that it was becoming two companies, one for its enterprise technology, and the other for its printing business. Antivirus company Symantec also said it would be splitting itself in two, breaking off its cyber-security and data-storage divisions,