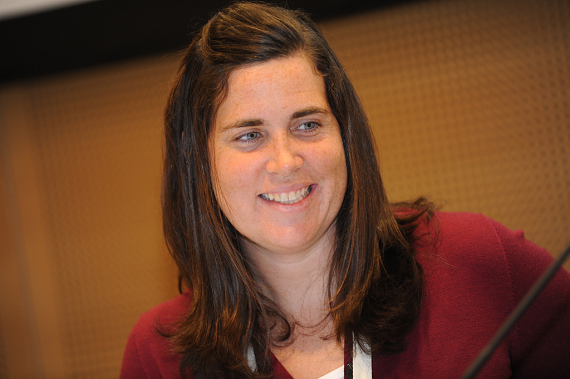 (Updated with confirmation from Google)

It's kind of hard to believe it, given how long the Internet has been around now, but the 2008 Barack Obama presidential campaign is generally credited as being the first one to really utilize technology to its advantage. Sure, others has campaign websites and online stores, but none truly tapped into the way young people use technology, including spreading the word through social media, before him.

Since then there has been a kind of melding of Silicon Valley and Washington, with tech people going to work on campaigns, and vice versa.

The latest example of this is Stephanie Hannon, Google's director of product management for civic innovation and social impact, who has been tapped by the Hillary Clinton campaign to be its new chief technology office, it has been confirmed to VatorNews by a Google spokesperson.

The company could not provide any further details, however, including when she be leaving her current position and if her replacement had been named yet.

The news was first reported by the Washington Post on Wednesday.

Clinton, who reportedly rented out a space in Brooklyn last week to be her campaign headquarters, would hire Hannon to serve on her senior staff and to oversee a team of engineers and developers who would "devise Web sites, apps and other tools for the former secretary of state and her staff to engage with supporters and voters."

Hannon has spent the last two years and change at Google; she had previously worked there from 2004 to 2011 as a group product manager. She also spent time a product manager at Facebook from 2012 to 2013, and as VP of International at Eventbrite from 2011 to 2012.

VatorNews also reached out to Hannon for confirmation. At this point, Clinton has not even announced her candidacy yet, but we will update this story if we do learn anything more.

As I said earlier, Hannon is just the latest example of Silicon Valley and Washington D.C. becoming dependent on each other.

Last year, Uber hired David Plouffe as its new Senior Vice President of Policy and Strategy, it was announced on Tuesday. Plouffe, of course, is famous for being Barack Obama's campaign manager in 2008 and a Senior Advisor to the President when he got to the White House.

Plouffe's job is to manage all global policy and political activities, communications, and Uber branding efforts. Essentially to build up Uber's brand in the same way he did for Obama, to get out ahead of the taxi industry, and to get both customer and regulators on Uber's side.

Megan Smith, the currently Chief Technology Officer of the United States, who assumed office in 2014, was previously an executive at Google, where she had been vice president of Google[x], and was vice president of business development at Google for nine years before that. She was also the former CEO of Planet Out.