Jill Hazelbaker worked on the 2008 McCain campaign, is Google's Senior Director of Communications 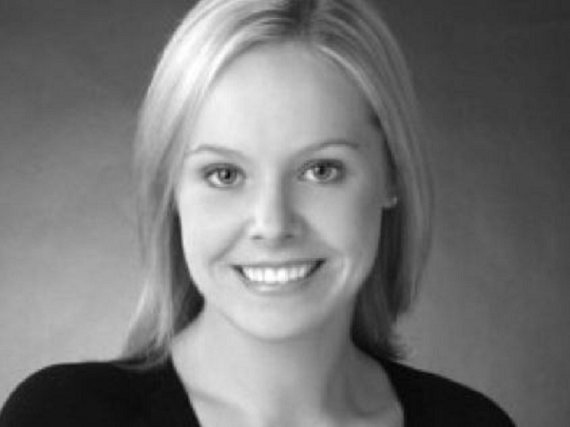 There are few startups that I can remember that had as meteoric a rise as Snapchat. I mean, it seemed like almost out of nowhere the company was making front-page news, and was all of the sudden on a huge number of phones.

Of course, with any kind of rise like that, there's always bound to be some negative press as well. And Snapchat has had its fair share, including salacious college e-mails from its CEO and a public court battle between its founders. So the company went out and hired what can only be called a PR rock star to help get things back in line.

While a company spokesperson could not tell me any more regarding what her responsibilities would be, Hazelbaker herself told ReCode, which first reported her hiring on Monday, that she "will be responsible for managing the public image," of Snapchat. Her job, essentially, will be to put the best possible face on the young startup, which very well may have more skeletons (and scandalous e-mails) in its closet.

Hazelbaker will be moving to Los Angeles from London, which is where she is currently stationed for Google, and will start work at Snapchat in mid-October.

Described by the Harvard Business Review as the "fastest rising senior executive in the Fortune 100," and the youngest in that data set, Hazelbaker has been working for Google since 2010, first as Senior Director of Corporate Communications and Public Affairs before moving to her current position.

Before that, she worked as a political consultant for a number of Republican candidates, including New York City Mayor Michael Bloomberg. She also worked as National Communications Director for John McCain’s 2008 presidential campaign.

This is obviously someone with a huge amount of experience in public relations, and it's interesting that Snapchat felt the need to hire someone with her extensive background to handle its affairs going forward.

So far, Snapchat has had two very big, embarrassing incidents, including the leaked e-mails from Snapchat CEO Evan Spiegel from his time in college, in which he refered to women as "bitches" and "sluts." A sample e-mail read, "LUAU FUCKING RAGED. Thanks to all of you. Hope at least six girl [sic] sucked your dicks last night. Cuz that didn’t happen for me.” Signed affectionately, “fuckbitchesgetleid. Spiegel.”

Then there was the public battle between Spiegel, CTO Robert Murphy and their former frat brother Reggie Brown, who sued the company claiming that he had actually come up with the idea for Snapchat. It was finally settled earlier this month, but no terms were disclosed.

Look, lawsuits of this kind are nothing new. We all saw the Social Network, right? But Snapchat is such an interesting case because this is not a company that does anything quietly. This is, after all, the company that turned down a $3 billion offer to be purchased by Facebook. There is no shortage of confidence, or bravado, going on over there.

So, of course, it would make a big splashy hire in the form of someone like Hazelbaker, who is obviously qualified for the position. But maybe picking someone with a less flashy resume would be a better way to get people like me to stop talking about these types of incidents.

Snapchat has already raised $163 million, most recently a $50 million round in December of last year, which puts its valuation at $2 billion.