David Plouffe will be in charge of Uber's branding, global policy and political activity 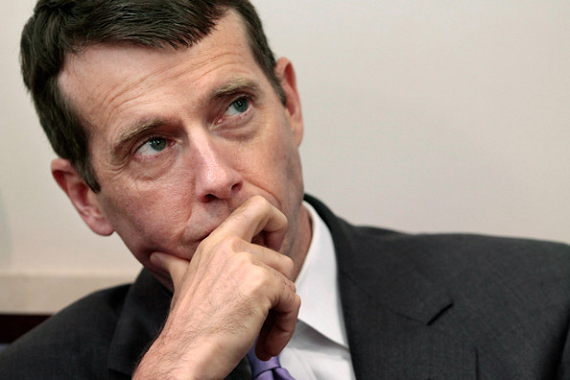 Everywhere that Uber goes, it seems, politics get in the way of the rollout. Its either the local government, or taxi commissions, or both, that are constantly fighting to shut the service down.

Well, Uber is sick of it and it is ready to come out fighting.. The company has now, finally, hired someone who knows a thing or two about rough and tumble politics.

Uber has hired David Plouffe as its new Senior Vice President of Policy and Strategy, it was announced on Tuesday. Plouffe, of course, is famous for being Barack Obama's campaign manager in 2008.

This is the man who took an untested, unknown, one-term United States Senator and built up his brand to the point where he was able to convince the country to turn Obama into a two-term President. Obviously Uber is now expecting Ploufee to take those very skills, and use them to convince local governments that Uber would be a benefit to their city.

Uber's mission "has become a surprisingly controversial topic," Uber CEO and co-founder Travis Kalanick wrote in a blog post, one that he now sees as a "political campaign" with Uber as the candidate.

The company's opponent, he wrote, is "the Big Taxi cartel," and it "has used decades of political contributions and influence to restrict competition, reduce choice for consumers, and put a stranglehold on economic opportunity for its drivers."

So far, Uber has been fighting all of its fights alone, without someone with the kind of experience that Plouffe has in the political world. This is something that Kalanick now sees as a mistake.

"Our roots are technology, not politics, writing code and rolling out transportation systems. The result is that not enough people here in America and around the world know our story, our mission, and the positive impact we’re having," he said. "Uber has been in a campaign but hasn’t been running one. That is changing now."

Plouffe's job will be to manage all global policy and political activities, communications, and Uber branding efforts. Essentially to build up Uber's brand in the same way he did for Obama, to get out ahead of the taxi industry, and to get both customer and regulators on Uber's side.

"Uber has the chance to be a once in a decade if not a once in a generation company. Of course, that poses a threat to some, and I’ve watched as the taxi industry cartel has tried to stand in the way of technology and big change. Ultimately, that approach is unwinnable," Plouffe wrote,

"But I look forward to doing what I can right now to ensure drivers and riders are not denied their opportunity for choice in transportation due to those who want to maintain a monopoly and play the inside game to deny opportunity to those on the outside."

With Plouffe's mix of political experience, and skills at branding, Uber has just sent a clear signal to the taxi industry: it is ready to fight, and fight hard.