Look out: Series A rounds are growing larger than ever!

With seed rounds expanding quickly, perhaps it shouldn't be surprising that Series A rounds are too 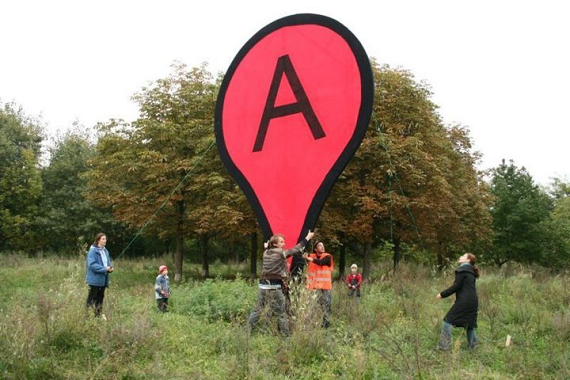 With the definitions between funding rounds becoming increasingly blurred, what used to be called a seed rounds have started to become bigger and bigger over the last few years. And now the same thing seems to be happening to the Series A round as well.

In 2014, the size of Series A round went through the roof, according to a report from CB Insights, with rounds of $10 million or more going up 64% last year.

Each quarter saw at least 50 such deals, while no quarter going back to 2009 had had more than 40. In the fourth quarter of 2014 alone, there were over 80 Series A deals of over $10 million. That alone is proof that something is happening here.

Some may think that the rise in larger Series A deals is due to the fact that the number of rounds, in general, are also rising. And yes, the number of overall deals is likely rising, but so is the percentage of larger deals.

That is not the case, though. The percentage of larger Series A deals ticked up to 17% of overall A deals in 2014, after going up to 12% in 2012 and 2013. Just because there are more Series A deals than before, that does not seem to be what is leading to this plethora of larger sized deals. 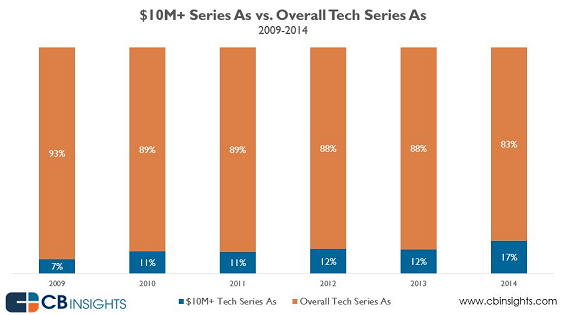 The answer likely lies in what is happening in the round just prior. While seed rounds used to be between $500,000 and $1.5 million, and Series A rounds were between from $2 million and $3 million, and sometimes as high as $5 million, now companies are raising more in  their earlier stages than ever before.

A report from CB Insights back in October found that that the number of companies that have raised over $3 million in funding without a Series A is seven times what it was in 2010. If a company has raised a $6 million seed round, then a $10 million Series A suddenly becomes a lot more reasonable.

"With abundant capital available in the seed VC ecosystem and private markets in general, investors are increasingly willing to fund big A rounds for companies with momentum," CB Insights wrote.