More and more startups putting off raising a Series A

When I do my weekly funding roundups, even though its not always clear what stage the funding is, I can usually tell just by the size. If I see a $1 million round, that's mostly likely a seed. A $6 million round? Probably a Series A.

I have begun to notice some blurring of the lines, though, with some pretty impressive rounds, upwards of $3 million sometimes, being called a seed round. Not only is it confusing sometimes, but its often strange for me to call some of these rounds "seed funding" when they are so clearly not.

Now there is some actual data to back this up after a report out from CB Insights on Thursday showed an increasing number of companies not only raising $3 million before raising their Series A, but $6 million as well.

It can be seen in two graphs: 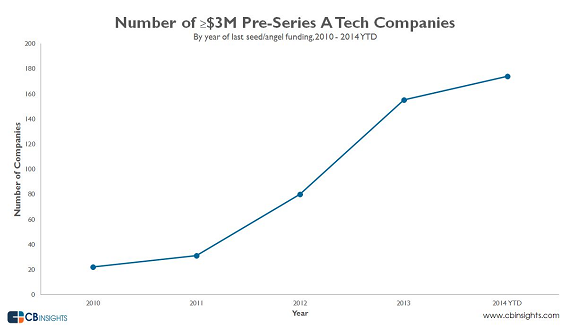 This first one showed that the number of companies that have raised over $3 million in funding without a Series A is seven times what it was in 2010. 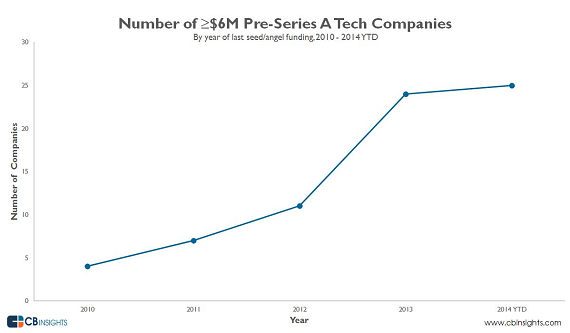 And this second one shows the number of companies raising over $6 million without a Series A has risen six times in the same span.

The rise of the seed fund

Mark Suster, partner at GRP, shared some of his thoughts on this  subject in a blog post earlier this week, the impetus of which came from this tweet from Marc Andreessen:

Cautionary note: No competent VC is actually fooled when you show up after raising $6M in seed financing and say you're now raising an A!

As Suster points out, seed rounds used to be between $500,000 and $1.5 million, Back when he first became a venture capitalists in 2007, he said, "there weren’t a lot of seed funds," and most of it came from "angels, funding consortia or sometimes early-stage funds that existed then" such as First Round Capital, True Ventures and SoftTech VC. At that time, Series A rounds were between from $2 million and $3 million, and sometimes as high as $5 million.

So what changed since then? The fact that it became so much cheaper, thanks to the cloud and mobile, to build a company. This gave the company founders more freedom to choose where they wanted to raise, and gave VCs less incentive to

"What changed — and why the definition changed — was it became 90+% cheaper to start companies and thus seed funds appeared en masse as did angels so the size of seed rounds actually INCREASED and the size of A-rounds in many instances decreased," Suster wrote.

"My speculation is that entrepreneurs had more options and wanted to take less dilution so the old $5 million for 33%-40% of your company no longer made sense and on the VC side it made no sense to pay $20 million pre ($25 million post, which implies the VC gets 20% of the company = 5/25)."

This resulted in VCs beginning to write some smaller A-rounds and, in turn, "entrepreneurs started demanding that VCs call their first-round financings 'seed' rounds even if they were $3 million."

"In the end, like most things in life, none of it will matter unless you build shit people care about and use en masse and thus you can attract capital even if you call it a Z-round," said Suster. "But my advice to entrepreneurs – stop sweating the silly optics. It’s more likely a negative signal to VCs than a positive one." 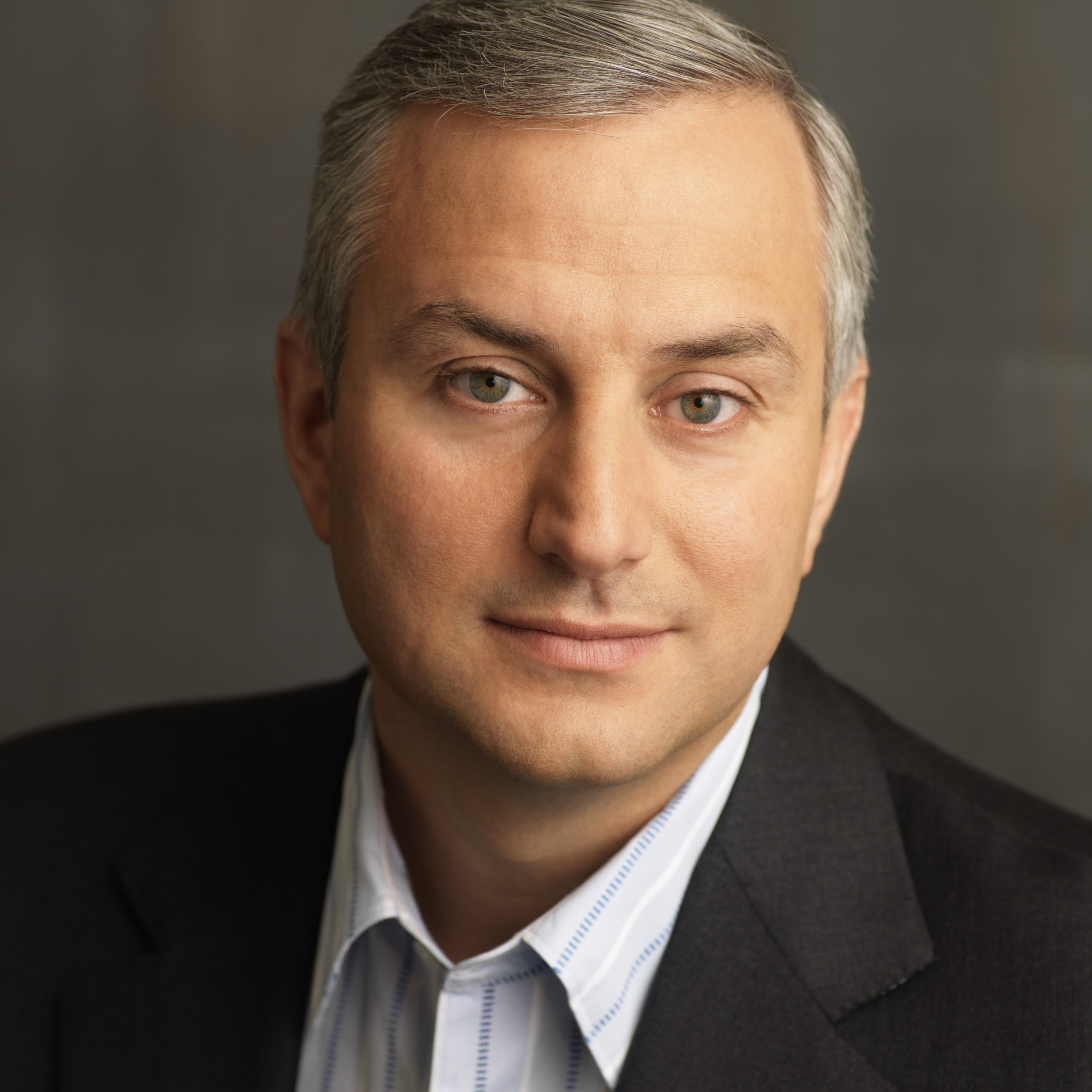 Mark Suster is a 2x entrepreneur who has gone to the Dark Side of VC. He joined GRP Partners in 2007 as a General Partner after selling his company to Salesforce.com.