Amazon could potentially use 2lemetry technology in AWS Lambda 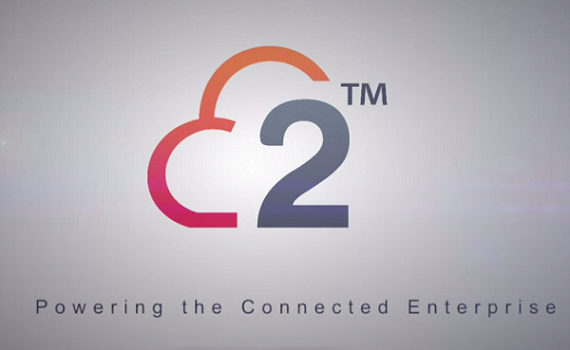 Amazon is taking a deeper dive into the Internet of Things, with its second acquisition of 2015.

The company has purchased 2lemetry, it was revealed on the FAQ section of the company's website on Thursday. While no financial terms of the deal were disclosed, it was revealed that 2lemetry will remain operating independently from Amazon.

"As you may have heard, Amazon has acquired 2lemetry. Our existing service has not changed, and with Amazon we will offer our same customer support. We still have the same name and branding as before," 2lementry wrote.

No other terms of the deal or any other future plans were revealed. When VatorNews has reached out to both Amazon for more information an AWS spokesperson would only say, "We can confirm that Amazon has acquired 2lemetry, and we look forward to continuing to support 2lemetry customers."

We have also 2lemetry to find out more, and we will update this story if we hear back.

Founded in 2011 by CEO Kyle Roche and CTO Chris Chiappone, the Denver-based 2lemetry is an IoT cloud platform. 2lemetry’s solutions help enterprise companies transform their IoT data into powerful applications and actionable insights, ultimately giving them the ability to improve the efficiency of their operations, accelerate product innovation and better service their customers.

It's main products is 2lemetry Integrate, makes connect enterprise device data to the Salesforce application platform quicker, saving weeks of development time, It can scale to handle tens of thousands of transactions a second.

"What makes 2lemetry unique is that the company has dramatically reduced the complexity and ramp-up time for implementing IoT solutions," it says on its website.

"What historically has been a complex and expensive undertaking, requiring significant upfront capital and taking months or years to implement—2lemetry makes possible within days or even hours. 2lemetry supports customers in a range of industries including transportation, oil and gas, manufacturing, mining, HVAC and industrial machines."

The acquisition comes only a couple of months after 2lemetry raised $4 million in funding from Salesforce Ventures and several private investors, bringing its total amount raisedto $9 million.

While its unknown what Amazon's is planning to do with 2lemetry, but it is likely that it will become a part of Amazon Web Services, and will help Amazon compete against Google and Microsoft, both of which have also been making moves in the Internet of Things department.

This is Amazon's second acquisition of 2015, after it bought Annapurna Labs, which is described as "a super-stealthy Israeli company that is reportedly working on new chip technology," back in January.

Amazon has been making moves in IoT on both the front and the back end.

On the front end it has its own Home Automation store, where it sells devices such as smart lighbulbs, theromostats, wearables and security camera.

On the back end, Amazon has introduced some new platforms that could be a precursor to developing its own IoT platform,

In 2013 it introduced Kinesis, a fully managed service for real-time processing of high-volume, streaming data. It allows customer to store and process terabytes of data an hour from hundreds of thousands of sources, making it easy to write applications that take action on real-time data such as web site click-streams, marketing and financial transactions, social media feeds, logs and metering data and location-tracking events.

Amazon could use 2lemetry's technology to take information from IoT connected devices to put into applications.

It is more likely that Amazon would the 2lemetry tech it in its Lambda cloud service, which was introducedin November. Amazon described it as " a compute service that runs developers’ code in response to events and automatically manages the compute resources for them, making it easy to build and manage applications that respond quickly to new information."

When 2lemetry got a chance to see Lambda up close last year, the company was excited about it, saying, "AWS Lambda is a perfect complement to our real-time data services."

"Our ThingFabric IoT platform is great at ingesting endless feeds of data and routing them, storing them, and invoking actions based on defined thresholds," wrote 2lemetry at the time." What about taking actions on the data itself in-flight? What if you want to define your own actions on the data without running an application of your own? This is where ThingFabric and Lambda were made for each other."

This news was first revealed by TechCrunch earlier on Thursday.