The two companies have taken different tracks in the space, but both want a piece of the pie 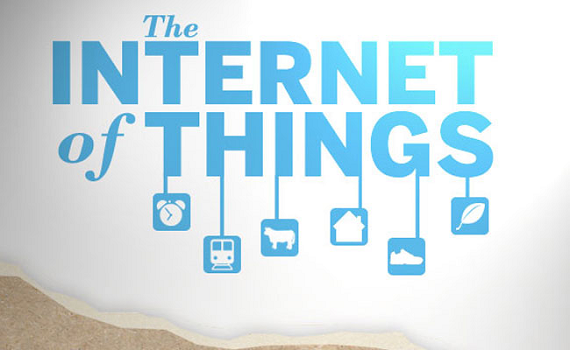 All indications show that the Internet of Things space is about to absolutely explode. I mean, this is going to be HUGE. It is going to be so big, in fact, that a recent BI Intelligence report found that it will eventually be bigger than the smartphone, tablet, and PC markets combined.

That is because just about any device you can think of can eventually be fitted with sensors. Anything from a fork, to a houseplant to your refrigerator can become both connected and smarter. So, it's no surprise that some of the world's biggest companies would want to get in on this market.

That includes Google, which has made its intentions to get in on the IoT space clear with $3.2 billion acquisition of Nest last month, which was the most the company has ever spent on an acquisition, outside of the $12.5 billion it spent on Motorola in 2011.

Another sign of that are reports from earlier this week that Microsoft is about to expand its own Internet of Things offerings. The company has, up until this point, purely focused on the enterprise side of the business, but seems to have its sight set on the consumer side going forward.

[Editor's note: We'll be looking at The Future of The Internet of Things at our two-day Splash Oakland event on May 6-7. Be sure to join us! Register here: https://vator.tv/events/splash-oak-may-2014)

Of the two companies, Google has definitely been the one making bigger headlines in the space, not only with the Nest purchase, but also through its efforts with self-driving cars and devices like smart contact lenses.

The company announced, back in August of 2012, that it had completed over 300,000 autonomous-driving miles, without seeing a single accident.

The possibilities for this type of technology are myriad. For example, say that you drive to a bar, get too drunk to drive and need to take a cab home. With this technology, you could send your car home and not have to leave it sitting for hours. Or if you are moving cross-country, you could have the car drive itself to meet you when you get to your new home.

On top of that, as everyone knows, Google has also started getting into wearable technology, most notably with Google Glass.

Let me clarify something: when it comes to Google Glass, though, I tend to not really consider it to be part of the space. To me, the Internet of Things really refers to smarter versions of items that people would already have, not devices, or computers, that people would buy as a special purchase. I think the line has to be drawn between wearables, like Glass, and connected devices, like the Nest thermometer.

Where wearables and the Internet of Things might intersect, though, is in another advancement that the company has recently announced: the smart contact lens.

It would measure glucose levels in the wearer’s tears via a tiny chip and mini glucose sensor embedded between two layers of contact lens material. Project co-founders Brian Otis and Babak Parvis say they’re testing prototypes that would test glucose levels once per second, and that they’re looking into integrating tiny LED lights that would flash to let the wearer know when glucose levels have gone above or dropped below certain thresholds.

That is also not to say that Google Glass could not become part of the IoT space. It would be a great device for managing all of those connected devices, allowing users to easily control them from a single platform.

Another sure sign that Google is making a big bet on the Internet of Things: the eight robotics companies it bought in a six month period last year, including FlexyCore.

While Google has been out front and center, making splashier moves, Microsoft has also been working in the space, but in a much quieter, and less flashy way by focusing on the enterprise side of the space.

Microsoft has been putting its efforts entirely in the background until this point, with its Windows Embedded, the company's family of operating systems that are designed for use in embedded systems. Its mission so far has been to help clients leverage the data traffic on their Internet of Things devices, rather than creating such devices themselves.

One of Microsoft's efforts to be the backend of the IoT is HomeOS, which was released in April of 2012. It is an operating system that is basically designed to make all of a consumer's devices work together. The system was coupled with a HomeStore app market, where users can obtain apps that are compatible with devices in their homes.

In July of last year, Microsoft also announced the debut of Lab of Things, a research-device platform based on the HomeOS system, which allows virtually any type of device to be interconnected to the infrastructure through an open-driver model.

Developers can write a driver in the event that their device is not supported by HomeOS, and that driver can then be shared with the research community.

A report out from Gartner in November stated that the company's key strength right now was its portfolio of operating systems.

Gartner also, however, pointed to its lack of "offerings and presence in 'simple consumer and industrial things'" as a major weakness going forward.

"The consumer side of the IoT is showing significant business activity, with a variety of companies investing in products such as wearable fitness monitors and medical monitors such as glucose meters," Garnet wrote. This also includes verticals like toys, plants and pets, it said.

And Microsoft is currently missing the boat.

"Microsoft's WEB team has not yet demonstrated an in-depth focus or execution in developing its business in this market space, especially for these low-cost consumer IoT devices," said Gartner.

"This is a gap for Microsoft's intelligent systems strategy, since many of the simple consumer IoT systems will eventually have holistic products and strategies that will compete in the more important and lucrative healthcare, retail, manufacturing and automotive segments."

While that was an issue for the company a few months ago, that all might be changing soon, if reports turn out to be correct.

Earlier this week, ZDNet reported that the team has both changed its name, and broadened its focus, as evidenced by the update of a few LinkedIn profiles, including Steve Teixeira, who became the Partner-level Director of Program Management for the IoT team as of December of last year.

In his LinkedIn profile, Teixeira stated that he is "Partner, Director of Program Management, Internet of Things," which seems to indicate that the team has a new name; it used to be known as Microsoft Embedded.

He also updated the profile to say that the team’s role is to build "the operating systems and cloud services that power non-PC/tablet/phone/console 'things' such as industry devices, wearables, automobiles, consumer electronics, etc. We enable intelligent systems to be built from these things across a broad range of industry verticals."

In addition, there is that the fact that Microsoft management moved the Embedded team from under the Windows Server group to the operating system division last fall, which also indicates a move away from enterprise and toward consumer groups.

Microsoft has a new CEO in place, and one that the company hopes will move faster than his predecessor. Perhaps he also has a broadened vision of what the company can accomplish in one of the fastest growing spaces as well.

The company seems to have its sight sets on the same space that Google currently occupies. If it does, Microsoft could find itself in a firm position, having a strong grip on both the front end, and back end, of the Internet of Things devices going forward.

We reached out to the company to find out more about its IoT strategy going forward, as well as its view on the space, but no one from the company would comment.