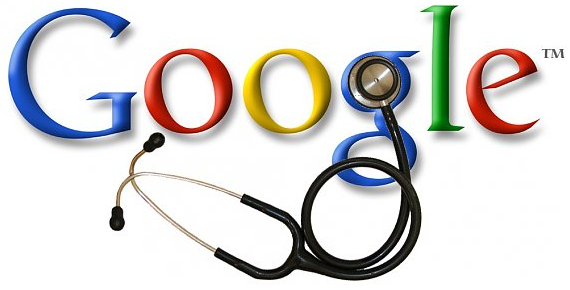 The Internet has been the greatest source for knowledge ever invented. I have learned more from a simple Google search than I ever learned in school. And yet, somehow, it is still lacking in certain areas. Specifically health.

Search for a health problem and you are bound to get two types of results: half will be fear mongering, telling you to run to the doctor right away over something trivial. And the second will be misinformation, home remedies and general ridiculousness from the online community. Obviously neither is very helpful. Even though that category currently accounts for one in every 20 Google searches, it has so far gone unfixed.

Google knows it's lacking in a pretty important category, so it has decided to do something about it, announcing on Tuesday that it will be giving users improved health search results starting this week.

It will start showing "relevant medical facts right up front from the Knowledge Graph," including typical symptoms and treatments, and details on how common the condition is, including whether or not it is critical, if it’s contagious, what ages it affects, and more.

"For some conditions you’ll also see high-quality illustrations from licensed medical illustrators. Once you get this basic info from Google, you should find it easier to do more research on other sites around the web, or know what questions to ask your doctor," Prem Ramaswami, Product Manager at Google, wrote in the blog post.

To create this information, Google worked with a team of medical doctors, led by Dr. Kapil Parakh.

"All of the gathered facts represent real-life clinical knowledge from these doctors and high-quality medical sources across the web, and the information has been checked by medical doctors at Google and the Mayo Clinic for accuracy," said Ramaswami.

Google wants it to be clear, though: do not mistake these search results for real medical advice. It's giving you more information, but it still stressed that people should go to the doctor if they feel like they need to. (Translation: we're not taking responsibility for your medical problems, so don't sue us!)

The new results will be rolled out over the next few days, in the U.S. in English to start.

Eventually, Google says that it plans to "cover many more medical conditions," but first wants to give this initial rollout to more countries around the world.

Health has been a big topic of concern for Google for a while now.

Many of its so-called "moonshot projects" have had to do with health and well being. That includes a smart contact lens for monitoring diabetes, as well as something called Baseline Study, which will involve the collecting of genetic and molecular information from a group of people.

It also bought Lift Labs, the creators of an electronic device that improves the quality of life for those with Parkinson’s and essential tremor, in September of last year.

EDITOR'S NOTE: On February 12th, Vator will be holding its first ever Splash Health event in Oakland, where speakers such as Dr. Katrina Firlik, Tom Lee, Founder & CEO of One Medical, and Ryan Howard, Founder & CEO of Practice Fusion, will be talking about the state of the healthtech space, and where they think it is going. (Get your tickets here).