Work communication platform looks to stay ahead of the competition, including Facebook At Work 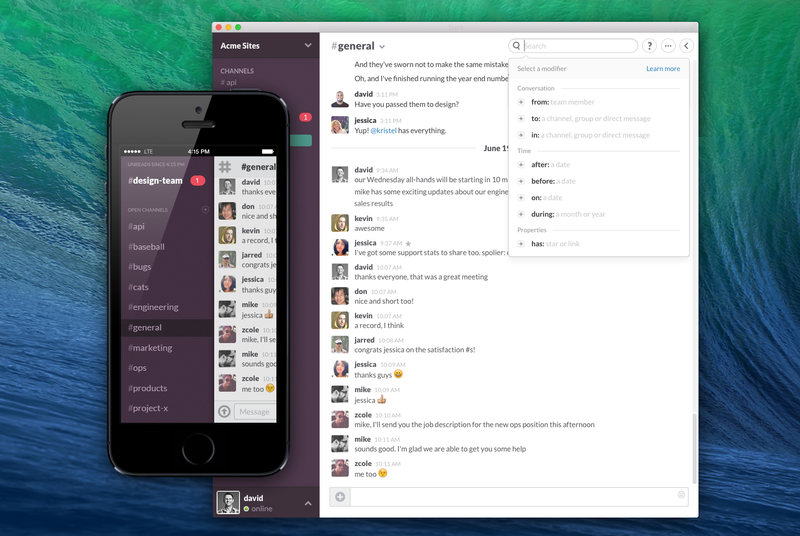 With Facebook and other well-established players, potentially hot on its heels, workplace collaboration company Slack is looking to up its game, and add more features to stay ahead of the competition.

The San Francisco-based startup has acquired Screenhero, a screen sharing platform, along with its entire six-member team, for an undisclosed cash and stock deal, it was announced in a blog post on Wednesday.

Slack made the acquisition on the heels of its own $1.12 billion valuation and an impressive $120 million round  of financing back in October 2014, making good on its promise to expand upon its services.

Founded in 2013, Screenhero is a provider of real-time collaboration web tools, including the ability to share screens, high quality voice chat, the ability to edit video and draft documents.

Screenhero differentiates itself from other screensharing applications out there by giving each view its own mouse. Typically, most screen sharing applications require the users to select a "active user" and a "passive user," translating only one of the two with the ability to move the mouse and type text at a time. Screenhero, instead, bypasses this problem and equips the users tools with two cursors, which allow all parties to control the app at the same time.

At the same time, Screenhero is noticably good at controlling who performs tasks at any given time. For example, if one user is typing, it won't let the other person travel to a new tab. This tool is a great asset for colleagues collaborating with harmony on a project.

So what does this acquisition means for Screenhero's subscribers? Screenhero's features will be migrating to Slack over the coming months and during this time, current Screenhero and Slack customers can use Screenhero for free. There will be no new signups to Screenhero and the standalone will be phased out.

Even though, Slack claims be the "fastest growing B2B application ever and is used by over 350,000 daily active users," it may find itself pitted against a formidable competitor: Facebook's own workplace collaboration service that it launched a few weeks ago

Facebook At Work, as it is called, has two two killer advantages over any newcomers: the company's massive user base, reported at 1.35 billion active users, as well as users conversance with its feel, look and tools.

At the same time, though, Facebook users have increasingly become dissatisfied with the platform and have expressed great "dislikes" for multiple changes to its feeds display and for what is perceived as a cavalier attitude toward the reselling of personal data to third-parties.

And a backlash has been felt. It's no longer just teens leaving Facebook for Instagram, but developers are walking away frustrated by the need for constant retooling of their apps, high ads rate and sexier mobile platforms. Users and developers are more and more looking for other platforms to use, and Slack has tapped into that dissatisfaction just at the right moment.

Furthermore, Slack, who was only launched in February 2014, is heading in the right direction by merging with other favorites. Its latest acquisition of Screenhero, a graduate of Y Combinator, comes with the backing of a $2.6 million seed round  from True Ventures, Andreessen Horowitz and Elad Gil, among others.

Other well-established competitors in this space that Slack will have to compete with are Google and Yammer.

At the time of going to press, Vator has not heard back from Slack for additional comment and the story will be updated if we obtain additional information.