Redfin has doubled the number of market is serves, to 48, in just the past year 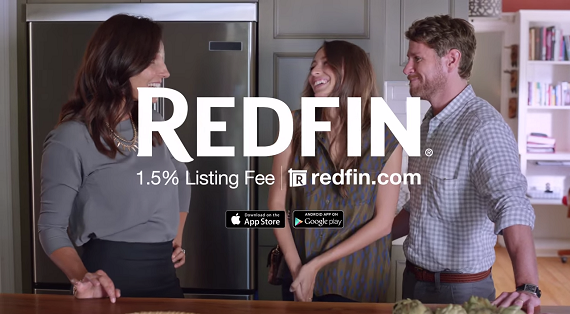 I'm now at an age where a lot of my friends are getting married and having kids. That's all par for the course. But a few of them have also bought houses and that kind of blows my mind! It seems like something that only people should be doing. It probably shouldn't feel that way, but it does.

I wonder if any of them used online real estate company Redfin, which has now raised $70.9 million in new funding, it was announced on Thursday.

Redfin had previously raised just under $96 million in funding, most recently securing a $50 million round in November of 2013. This latest round brings the company's total funding to $166 million. Previous investors in the company include Greylock Partners, Globespan Capital Partners, DFJ Venture Capital, Vulcan Capital The Hillman Company, Madrona Venture Group, Vulcan Capital, and Draper Fisher Jurvetson.

The company says it will use the money to support geographic expansion, and to fuel development of new technology.

The expansion will be domestic "for now, as we currently serve 48 markets across the U.S. and are looking to offer our unique service to more and more Americans," Rachel Musiker, Public Relations Manager at Redfin, told me.

The company will be announcing launches in Detroit, Richmond, and San Antonio on Friday.

She could not give me many details about future tech developments or features, but would say "we’re always focusing on creating new ways to help consumers with the home-buying and selling processes."

"Redfin will put this capital to good use," Redfin CEO Glenn Kelman said in a statement. "As our business grows, our agents can be more local, and our ability to get people into homes quickly increases. With more market-share, we can pair buyers and sellers more efficiently. We have already seen this happen over the years in our most established markets, but now we can invest in accelerating that process in new markets."

Founded in 2004, the Seattle-based Redfin is an online brokerage for residential real estate that represents people who are both buying and selling homes.

It works by having customers search for homes on the website, then arranges home tours with Redfin. Once they have found a home they like, they can get started on an offer via our website. For each transaction, the same Redfin real estate agent handles the negotiations, contingencies and paperwork.

Redfin makes money on commission and referral fees. Agents also earn a bonus based not on the sale, but on how satisfied the customer is with the sale. Redfin agents tell customers when to walk away from a bad deal, in addition to getting them a good one.

The company also announced some growth milestones, revealing that it has doubled the number of markets it serves over the past year, bringing that number to 48 in the United States, up from 22 in 2013.

Redfin real estate agents have closed $20 billion in home sales, and saved customers more than $200 million in real estate fees. The average customer saves more than $10,000 in commissions. The company is currently seeing annual revenue is north of $100 million.

The company is also coming off its first ever acquisition, having purchased bought Walk Score, an online service started to score homes based on their walking distance from restaurants, groceries and bars, back in October.

VatorNews has reached out to Redfin for mor information about this latest round. We will update this story if we learn more. 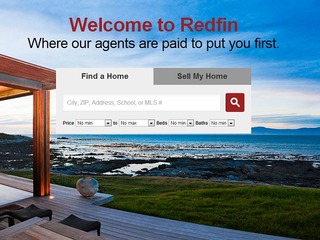