Uber steps in it again during Sydney hostage crisis 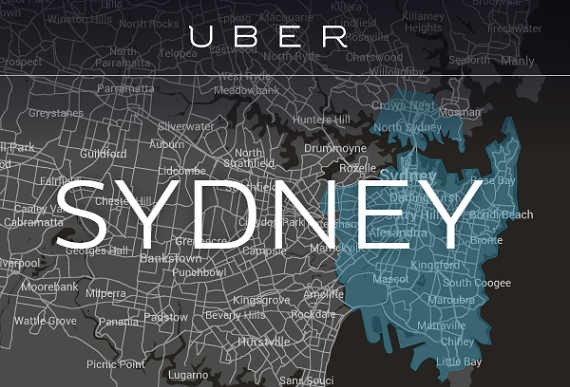 While on vacation all last week, I was hanging out with some of my old friends, and the subject turned to work. I was peppered with questions regarding different companies that I cover and my thoughts about them. When asked about Uber, my answer was this: "This is a company that faces so much legal trouble for its business model that it has to, essentially, be perfect. Because people are just waiting for it to stumble so they can rip it apart. But it just keeps making stupid mistake after stupid mistake!"

Case in point: price surging during a citywide crisis.

Earlier today an armed man took several people hostage in a cafe in Sydney, Australia. In all, a reported 13 people were being held captive. Police shut down area of the city, leaving people stranded. So what was Uber's response? To drive up prices. Seriously.

The surge was announced on Uber Sydney’s Twitter account on Monday (Australian time), which it said was necessary in order to encourage drivers to come and pick people up from the area:

We are all concerned with events in CBD. Fares have increased to encourage more drivers to come online & pick up passengers in the area.

Some even reported fares going up as high as four times the usual rate, according to Mashable. A ride from the area to the airport cost some passengers between $145 and $185, for a ride that would normally cost $100.

The decision to inflate prices during a crisis caused quite a bit of an uproar on Twitter, as you might imagine. Here are just a few of the responses that the company received:

@Uber_Sydney @joshgnosis Absolutely disgraceful. You should be capping the prices much lower rather than taking advantage! Shockingly bad

@Uber_Sydney Seriously? How much more of an awful company could you be?

Your business model is vile. MT @Uber_Sydney: Fares have increased to encourage more drivers to come online & pick up passengers in the area

@uber_sydney What a shameful disgrace.

So it decided to completely change course, giving out rides for free instead.

Uber rides out of the CBD today are free for all riders to help Sydneysiders get home safely. See https://t.co/UIwoom25Bm for more info.

An Uber spokesperson has also informed VatorNews that the company will actually be refunding passengers who already paid for their rides:

"We are all concerned with the events happening in Sydney. Uber Sydney will be providing free rides out of the CBD to help Sydneysiders get home safely. Our thoughts are with those affected and the NSW Police Force. We are in the process of refunding rides," the spokesperson said.

"If you have been charged during these hours leaving the CBD please email supportsydney@uber.com. Please note that surge pricing is only used to encourage more drivers to come online and pick up passengers from the area. Updates will follow on Twitter – @Uber_Sydney."

Uber's price surging has always been a controversial topic, but CEO Travis Kalanick has repeatedly defended the practice, and explained it as a necessary evil for Uber to be able to compete.

In two blog posts, he has made it clear why he feels the increased pricing is necessary during peak times.

The reason it is necessary, he has said, is because raising the price gets more drivers out, which is more important during high demand periods like New Year's Ever.

The times when it would seem to more likely increase the number of drivers on the road would be during bad weather, especially heavy snowfall, when many drivers would, obviously, think twice about whether it would be worth driving in. During those times it is understandable to give drivers an extra incentive to do business.

I see where Kalanick is coming from with this, even if I don't like it, but instiuting price surging during the hostage crisis in Syndney was just another unforced error for the company, which has ton of bad press in recent weeks.

There was the incident in which VP Emil Michael suggested that the company should devote $1 million to dig up dirt on the personal lives and families of journalists who say mean things about the company. There were the accusations by Lyft of Uber purposely canceling rides and then of its former COO stealing documents to give to Uber.

Last week the company was banned in multiple cities in India after one of its drivers raped a passenger.

Uber eventually did the right thing and offer free rides for people trying to get away from a masked gunman, but why was their first instinct to gouge customers? And why does this company constantly seem to be putting its foot in its mouth? 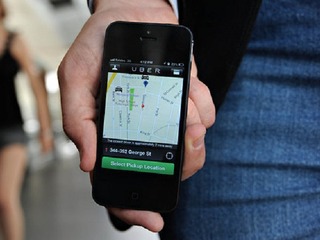