Amazon Travel, which will target independent hotels, will be competing in a very crowded market 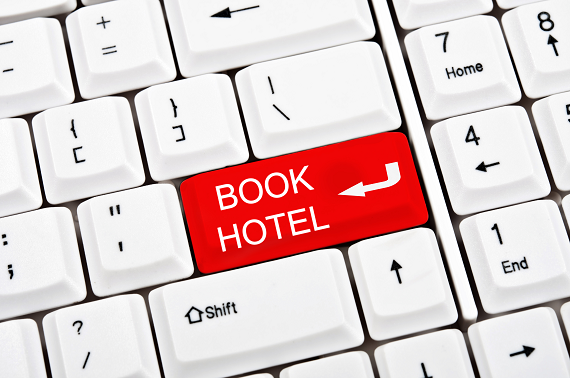 So you're going on vacation. Depending on where you're going, you might need a new bathing suit, maybe some suntan lotion, new flip flops, a beach towel, hiking boots, a kayak, a guidebook, or whatever else you need. So you turn to Amazon, because that's the easiest way to just get everything at once, right? You go there for the convenience and because no one wants to go on a bunch of different sites to get their stuff.

Except that you had to go somewhere else to get your hotel! Damn you, Amazon, for making me have to open a new tab! You call yourself an e-commerce site? Well, I'll tell you what you can do with your e-commerce, you... wait, Amazon is getting into the hotel business? Oh, cool.

Yes, Amazon is all set to launch its own travel site, where visitors will be able to book hotels and resorts, according to a report from Skift on Thursday.

Called Amazon Travel, it is set to feature a "curated selection of hotels within a few hours’ drive from New York, Los Angeles, and Seattle." And you won't have to wait all that long before you can use it, because the service is rumored to be going live in early January.

For the hotels, they will simply load their room types, availability, pricing information, and photos into an Amazon extranet. Then they pay a 15% commission to Amazon for the prepaid bookings, the hoteliers at the independent properties said.

It may seem odd that Amazon would get into travel, but this is something that it already does via the Amazon Local site. The company recently posted employment ads for travel market managers for Amazon Local in both Boston and New York.

The real question is, how will Amazon compete in an already extremely crowded marketplace? Not only do you have services like Expedia, Travelocity, Orbitz, Priceline and Hotels.com to contend with, but newer ones that have been raising oodles of cash..

There is Hipmunk, a series of travel site, raised $20 million earlier this year, bring its total to $40.2 million. And hotel metasearch engine Room 77 which has raised nearly $44 million.

GetGoing, a travel site founded in January 2012 that lets you find discounted flights, moved into the market for hotels last year. The San Francisco-based startup, with backing from Y Combinator, Digital Sky Technologies, Lightbank and Data Collective, partnered with Expedia to get access to cheap rooms across 140,000 hotels worldwide.

The gold standard, though, is last-minute hotel booking application HotelTonight, which lets users book same-day rooms on the cheap from their phone. The company has raised a total of $80.35 million, and recently announced that it was opening its platform to 7-day booking.

Even Google is a part of the hotel booking space, with its Hotel Finder service!

So how will Amazon compete? Well, for one thing, its going after independent hotels, rather than the big chains, so it could be looking to fill a void, driving business to hotels that may not have had the reach and success on other similar sites.

Amazon, I suspect, will also be banking on its huge number of visitors, which is somewhere near 80 million per month, to lure hotels onto the platform. And, frankly, that really could work.

VatorNews has reached out to Amazon for comment on this report, but the company was unavailable at this time. We will update if we learn more.