With the end of the year approaching, it's getting close to that time again when we have to start looking back on 2014 in order to see what was trending over the past 12 months. Sometimes what I find surprises me, but I already what one of the big stories this year will have been: the rise of mobile messaging.

With a series of high profile fundraisings and acquisitions, the space has taken off in a big way in 2014, and it portends big things to come. We’re not done yet, though, and now mobile messaging service Kik has announced that it has raised its own big new funding round as well.

Kik has previously raised around $32 million, bringing its total funding to $70.5 million to date. The company says it will use the new money to invest in product development and further grow the company’s engineering and business development teams.

That wasn't all the news out of Kik; in addition to the funding, the company also announced its first acquisition as well. It bought Relay, a mobile messaging service that enables users to find and send GIFs, videos, and images.

No financial terms of the deal were disclosed, but it was revealed to an acqui-hire, meaning that Relay will be shutting down on December 15th, while company founders Jon McGee and Joe Rideout will "take key roles at Kik."

"Since the beginning of Relay, we were in admiration of a much bigger messaging company that also happened to be our neighbour, only 100km west on the 401," Relay wrote in a blog post on its homepage.  "Kik is one of the last remaining independent messaging platforms and with over 185 million users and their innovative mobile platform, Kik is the market leader in content messaging. We're extremely excited to be joining the Kik team to help build new visual content experiences."

The Toronto-based Relay had been downloaded over 700,000 times over the last year, and is currently seeing over 10 million GIF messages sent every month. The company has raised $700,000 in seed funding in February of 2013, from investors that included Valar Ventures, The Social+Capital Partnership, Graph Ventures and Real Ventures.

Founded in 2009, the Waterloo-based Kik currently has more than 185 million users, with more than half using the service each day.

As I said earlier, Mobile messaging has been a very hot space this year,  with a series of high profile deals.

The Facebook deal to buy WhatsApp for $19 billion, of course, led the way. Then there was also Alibaba's$215 million investment in Tango, a company that also boosted its valuation to $1.5 billion through a secondary financing.

Kik was unavailable for additional comment for this article. 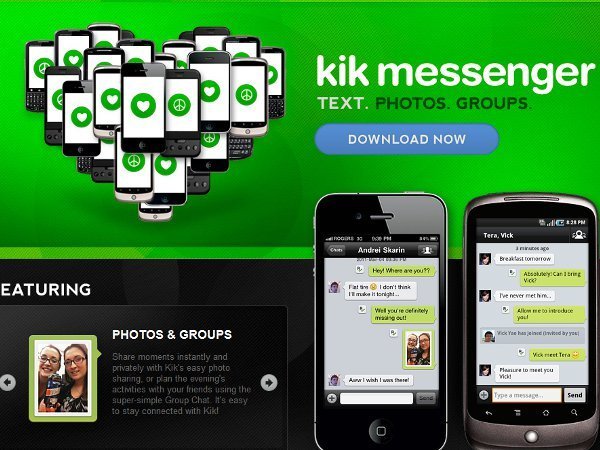