Tango was previously valued at $1.1B when it raised $280 million earlier this year

Even before Facebook said it was buying WhatsApp for $19 billion, mobile messaging was a hot space. Since then, though, it has gone into orbit, with huge amounts of money being thrown into it.

One the biggest beneficiaries so far seems to be mobile messaging app Tango. Only a few months after picking up $280 million, the company is about to be involved with a new financial transaction that could send its valuation even higher, it was reported by Reuters on Thursday.

The transaction "would involve early investors and shareholders" selling their of the company to Warner Music Group owner, and previous Tango investor, Len Blavatnik, in his effort to increase his stake in the company. Other investors could potentially be involved as well, and it could involve as much as tens of millions of dollars worth of Tango shares.

Blavatnik had previously led a $42 million round in Tango back in 2011. At that time it was valued at $160 million.

When Tango raised the $280 million in May, $215 million of which came from Alibaba, with the other $65 million coming from previous investors, it was valued at $1.1 billion. This new deal would increase its value by over a third. It would also mean that it would have increased nearly 10-fold in just four years.

The company rolled out social networking features on in July of last year, and integrated with Spotify in October 2013. Since then, Tango says that hundreds of millions of songs have been shared between its members.

More recently the company has gotten into gaming, launching its gaming platform in 2013, and just last month announcing a new $25 million fund to get the best game developers onto the platform.

Tango has raised a total of $367 million in venture capital financing to date. Investors in the company include Access Industries, DFJ, Qualcomm Ventures, Toms Capital and Translink Capital, as well as Bill Tai, Shimon Weintraub, Jerry Yang, Alex Zubillaga and others.

This has been a big year for mobile messaging. Beyond the WhatsApp deal, and Alibaba's investment in Tango, there was also Rakuten's $900 million purchase of Viber. And also Japanese messaging app Line, which first passed 400 million users in April before announcing it was going public, first in Tokyo then in the United States, this year.

VatorNews has reached out to Tango for comment on this report, but the company was unavailable at this time. We will update if we learn more. 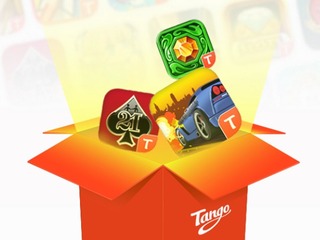