Rubin was the co-founder of Android, is leaving to start his own hardware focused incubator 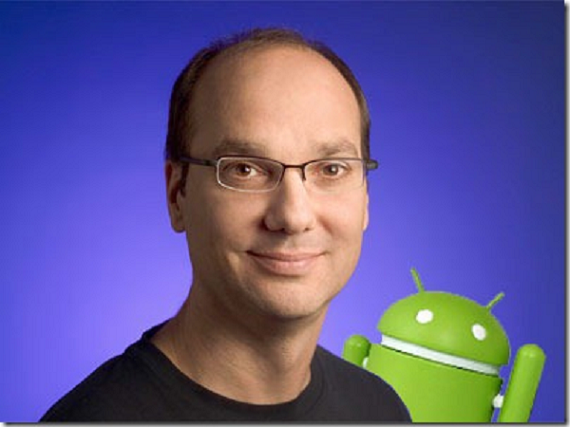 Things are changing might quickly over at Google these days.

Less than a week after it was reported that CEO Larry Page was going to be stepping back a bit by handing leadership of core Google products to  Senior Vice President Sundar Pichai, now comes word that the company has lost a key figure in its executive leadership.

Andy Rubin, co-founder of Android and head of Google's robotics division, is leaving the company, it has been confirmed to VatorNews. The news was first reported by the Wall Street Journal on Thursday.

Rubin has worked at Google since 2005, when it purchased Android, the company he had co-founded in 2003, along with Rich Miner, Nick Sears, and Chris White. Rubin was put in charge of the Android division, which became one of the most successful divisions at the company, until he stepped down 2013. in. He then switched to his current role as head of robotics. His replacement at Android was Pichai.

While there is no timetable given for his departure, his replacement has already been chosen. According to the Journal, James Kuffner, a research scientist at Google and a member of the robotics group, will be taking over as head of the robotics unit.

As for what Rubin will do next, he will be getting back to his roots. He is reportedly starting his own incubator that will put its focus on startups that are "interested in building technology hardware products."

“I want to wish Andy all the best with what’s next," Page said in a statement provided to Vator. "With Android he created something truly remarkable—with a billion plus happy users. Thank you."

Google told the Journal that the company will remain committed to robotics and will also continue investing in the sector. That is not surprising considering how much money the company has already put into the space.

Last year, it bought eight robitics companies in just six months, including military robotics maker Boston Dynamics, as well as Schaft and Meka Robotics. The speculation by many is that, given Google's experiments with a driverless car, it is preparing to use robots for package delivery; kind of like that thing that Amazon wants to do but on the ground instead

This is going to be a crucial time for Google and its future. Part of the reason that Page decided to allocate some of his responsibilities to Pichai, he wrote in a staff memo, was that he was afraid that the company might stop innovating. Less responsibility means being able to look at the bigger picture, rather than focusing on the details.

Still, with Rubin leaving and Page not being as active, it is very possible that we could be looking at a much different Google in just a few years.