Social content aggregation platform Stackla raised $2 million in a round led by rampersand and other private investors.

91mobiles, a product research site for gadgets, raised $1 million in a round led by India Quotient. Umang Kumar and Krishna Motukuri also participated.

Enlitic, a startup that uses AI to assist doctors in the diagnosis of diseases, raised a $2 million seed round led by Amplify with participation from Data Collective.

Business analytics company Tandem raised $950,000 from The Institute for Commercialization of Public Research, and other angel investors including Launa Stayer.

Journalism startup Blendle raised €3 million in a Series A round from Axel Springer Digital Ventures and The New York Times Company.

Whistle Sports, a YouTube network that focuses sports videos, raised $7 million in a funding round led by BSkyB.

Venture capital firm United Ventures raised $80 million for its oversubscribed debut fund. The LPs for United Ventures One include institutions, banks and fund of funds.

WeSwap, a peer-to-peer travel money exchange, raised $7.5 million in a round led by IW Capital, with EC1 Capital participating.

Wysada, an online retailer of home goods and interior furnishings in the Middle East, raised $5 million in a round led Badia Impact Fund, along with the Kingdom of Saudi Arabia and the Gulf Cooperation Council and existing investors.

E-commerce customer experience management startup User Replay raised $3.25 million in a round led by Episode 1, along with EC1 Capital, the FSE Group and previous angel investors.

Segmint, a digital marketing solution, raised a $9 million funding round from undisclosed investors.

IT incident management company BigPanda raised $7 million in Series A funding from Mayfield and Sequoia.

Discount ticket marketplace ScoreBig raised $18 million in a round led by Hearst Ventures, along with participation from both new and existing investors.

Snapdeal, an Indian online marketplace, raised $627 million in a funding round led by Softbank.

Ola, an Indian mobile cab booking app, raised $210 million in a funding round from SoftBank Internet and Media.

Minted, a curated marketplace that connects consumers with designers, raised $38 million in a round led by Norwest Venture Partners, with participation by Technology Crossover Ventures.

LiquidSpace, a real-time marketplace for professional meeting and workspace, raised $14 million in a round led by Roth Capital with participation from Shasta Ventures, Black Diamond Ventures and Lucas Venture Group, as well as strategic investors including Avison Young, GPT Group and Steelcase.

Cardlytics, an advertising an technology company, raised $70 million in a round led by Discovery Capital.

Limeade was founded on the belief that clinical health, well-being and organizational health are inextricably related. We call this employee vitality, and we give companies the scientifically-proven tools they need to measure and improve it.

Employees use Limeade to understand and take charge of their own well-being, connecting with the people, tools and resources they need to improve.

Companies and Benefit Providers use Limeade to deliver employee vitality, including best-in-class wellness solutions, to their employees and members, all under their own brands.

Limeade's modular, adaptable approach allows employers to implement just the right solution. Deployment is a snap, and the employee experience is cohesive and engaging. 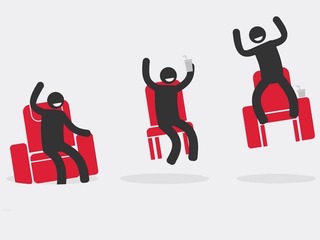