The company is going to do an internal review, writes post refuting claims made in Guardian story 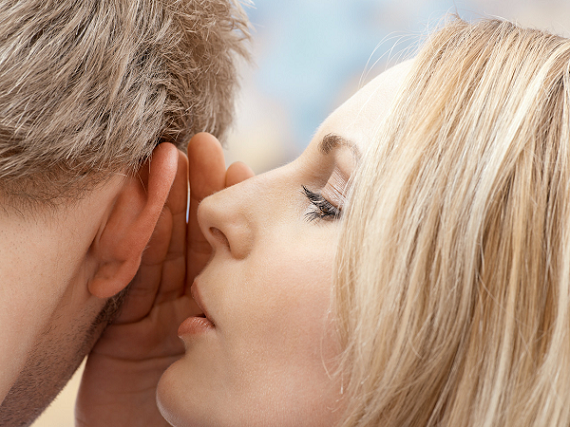 The kerfuffle over Whisper's privacy policy, while has embroiled the company for over a week now, and even earned it the ire of a  sitting United States Senator, has finally led to the company taking some action.

Whisper CEO Michael Heyward announced via a blog post on Sunday that he has suspended members of the company's editorial staff following the bombshell report in the Guardian earlier this month, which accused Whisper of not only collecting user data, and then sharing it with the United States Department of Defense.

"We have placed members of the editorial team involved with the Guardian’s visit on leave, pending the results of our internal review," said Heyward.

The number of people put on leave was not revealed, nor were any specific names mentioned. According to ReCode, the suspensions included editor-in-chief Neetzan Zimmerman.

A Whispers spokesperson would not comment beyond Heyward's post. VatorNews has contacted Zimmerman directly for comment and we will update this story if we learn more.

The rest of what Heyward wrote were answers and refutations to specific accusations in the Guardians report.

According to Heyward, "The Guardian’s reporting was based on a three-day visit to Whisper’s Los Angeles headquarters to explore the possibility of working together on journalistic projects." The visit took place last month, and was hosted by Zimmerman.

What was reported, Heyward said, came from people who did not even have direct knowledge of what they were talking about.

"The Guardian only met with members of our editorial team when they came onsite to explore an expanded partnership," he wrote. "Many of their claims arise from the fact that they made technology-related inferences based on discussions with non-technical people."

For example, the original Guardian story accused Whisper of intentionally tracking users who had turned off their geolocation services, and of having a team, led by Zimmerman, who is "closely monitoring users it believes are potentially newsworthy." That means diving into their activity history and tracking their movements through the mapping tool.

The Guardian said that, "among the many users currently being targeted are military personnel and individuals claiming to work at Yahoo, Disney and on Capitol Hill."

It then accused Heyward of backtracking on how he defined tracking: going from saying that Whisper did not track users, to saying it did not "actively" track them.

"We do not track users passively or actively. We have a history of a user’s Whispers, which are public. If they shared their location, it is randomized to within 500m and publicly displayed on their posts," Heyward wrote. "We promote and feature Whispers, and our editorial team looks at past Whispers from a user to determine their authenticity."

The example he gave is a user potentially claiming to be a doctor treating an Ebola patient in West Africa. If that person never had any Whispers posted in West Africa, "our editorial team would not feature the post."

The Guardian also accused Whisper of storing data, which the company says is so that people can look at old posts, and of giving the information to the Department of Defense.

"The implication that we are sharing our users' information for surveillance is misleading. We did not share any user data. We did a search of keyword frequency on public posts for terms like “suicide” and “depression” to aid the Department of Defense's Suicide Prevention Office in a study on the unfortunately high rate of suicide in our military," he said. "The Whispers were public and in the vicinity of military bases. All users had opted-in to share their location. We regularly talk about how we facilitate such studies."

Indeed, Whisper even started a non-profit organization called YourVoice in 2012 to give Whisper users struggling with mental illnesses a place to share their voice and give them access to resources in hopes that they seek professional help.

Finally, Whisper is accusing the Guardian of quoting members of its staff who were not aware that they were on the record during their conversations, specifically in regards to a user "claiming to be a sex-obsessed lobbyist."

Specifically, one Whisper executed was quoted as saying that the lobbyist in question was, "a guy that we’ll track for the rest of his life and he’ll have no idea we’ll be watching him."

That quote, which Heyward says deeply troubles him and "which does not reflect our values," is what led to the suspension of the editorial team.

This whole mess is now starting to devolve into a he said/she said situation, with Whisper even accusing The Guardian of shady journalistic practices. Its not really important if the story is even true anymore. Whisper's reputation has taken a big hit, and no amount of hitting back is going to change that now. 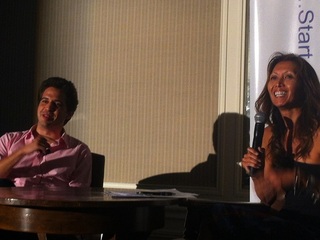 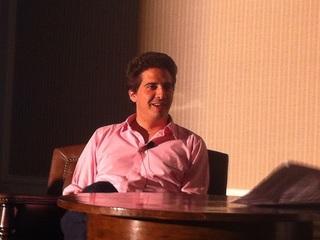 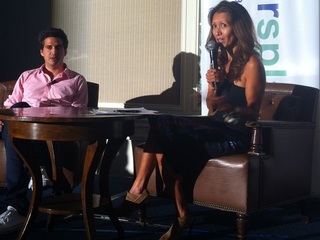 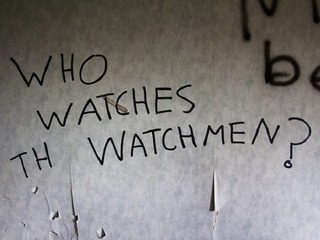