While the two companies seem to have similar goals, they take different tracks to get there 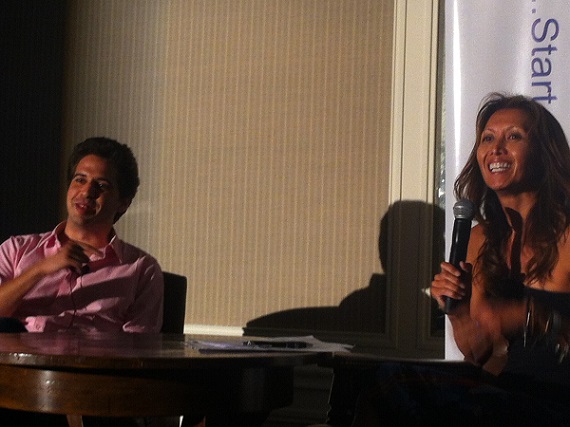 Over the past 10 years, it has been really fascinating to watch the way that social media has not only changed the way that news is consumed, but how it is gathered. Would anyone have imagined how much of an impact that networks like Twitter and Facebook would have on the world?

Actually, Bambi Francisco, Vator founder and CEO, said presciently back in 2006 that Facebook's newsfeed would be akin to tabloid entertainment. Rather tthan consuming stories about celebrities, we would all become the subject of that news.

Fast forward nearly 10 years, and everyone knows that's true. Importantly, sites like Twitter are also becoming news agencies of sorts. Twitter was credited with helping to get the word out about demonstrations in Iran, and with helping to oust Egyptian President Hosni Mubarak.

Whisper wants to have the same kind of impact, the company's CEO Michael Heyward told  Francisco in a conversation at Vator Splash LA last week.

When asked about the economics of a recent partnership between Whisper and VH1, in which a show called Couple's Therapy has been using Whispers to continue the conversation online, Heyward said that this was just one of many cases in which media is using Whisper. In fact, he pointed specifically to news and journalists who are deriving value from the site.

"We have a lot of people, with large microphones, deriving a lot value out of using Whisper. We have news organizations that do this regularly, where they'll post something on Whisper," said Heyward.

It definitely seems that Whisper can create surveys in spades, said Francisco. So how is this changing news gathering, she asked.

In terms of how Whisper is changing news gathering, Heyward said that he is "incredibly proud of everything that we've done in the news and storytelling space."

"When you look at what we've done, there was a complete social media outage in Iraq and we had all this content coming out of Iraq and journalists being able telling what was going on there because you had all of these citizen journalists on the ground, using Whisper. We had a whole thing about Uber drivers and background checks and lax background checks that were going on with Uber drivers. Whisper is very powerful as storytelling platform," he said.

Take for example, the shooting of Michael Brown in Ferguson, Missouri and the subsequent riots and clashes with the police that took place.

"Actually there was nothing really newsworthy about Ferguson, this is something that happens every single week in America: unfortunately, a police officer shoots an unarmed African American," Heyward said. "And because we now all have this ability to broadcast this stuff out into the world, we're able to tell these stories that are not being told. Whether that's you’re a soldier on base and there's some injustice going on there, or you work for a ridesharing platform, and they don’t really do background checks. And the ability to get those stories out is something we're doing every day."

These comments from Heyward line up with something that Neetzan Zimmerman, Whisper's editor in chief, told me a few weeks ago after Whisper was used in a recent incident in which a man who was having a standoff with the police used the platform to document the incident: that the company sees itself as yet another tool for changing the way news it told, and for affecting social change.

"Twitter really wasn’t really a player in the social field until individuals starting using it in different ways to live Tweet what was going on in their lives that people found newsworthy. That means different things that could be positive or negative, but surfacing that info, making it available, is what Whisper has been about," he said "People living their lives, doing something extreme or intense, or just struggling to get out of bed. Ultimately the platform serves the purpose to allow them to express themselves and things that are important to them."

While Whisper and Twitter certainly do have the same goals in the broad sense of wanting to change the world and the way people communicate, Heyward still does make one key distinction between the two networks in terms of how they are used on a smaller, and more personal, scale.

"I'm very long on Twitter and Facebook and I think Facebook's going to be around for 100 years. I tell people all the time that anonymity is not a fad, this is not something new. Go the Sistine Chapel, this idea of a confessional has existed for thousands of years," he said.

"I think that very few people have derived value from tweeting. The data will tell you that less than 1% of those people on Twitter actually tweet. Because you need to have something interesting to say on this one to many model. Whereas Whisper, you don’t need friends or followers to be heard. It's just a different type of media, a different use case. It's not either or. If you're Beyonce, and you're looking to promote your album, Whisper is not necessarily inherently set up to do that."