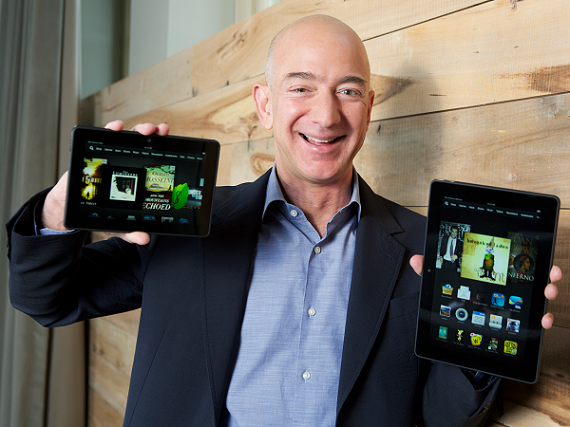 Remember when Amazon was just a website that you went to buy books online? Those days are long gone, with the company putting more and more of its focus on hardware, including tablets, smartphones and televisions.

Now the company is about to enter a new hardware category: smart home appliances, according to a report from Reuters on Wednesday.

That includes what is described as "a simple wi-fi device," one that could allow customers to order goods from Amazon with a touch of a button, simply by placing it in a certain section of the house, like the kitchen or a closet. If that sounds familiar that is because it sounds a lot like Dash, the barcode scanner that Amazon released earlier this year.

The company is also reportedly going to be getting into developing its own wearable technology as well.

Neither of these are surprising places for Amazon to go, as they are both extremely hot sectors with big future potential. I think most of us, if asked, could have guessed that the company would be making some developments in these areas.

In order to make these new devices a reality, though, Amazon is making a big new investment into research and development by putting $55 million into its A2Z Development Center, according to a document posted on the California governor's website.

The center is an offshoot of Amazon's Lab126 division, which was responsible for developing the Kindle. Located in Sunnyvale and Cupertino, it will be adding 798 new staff members. Due to the investment, the document also shows that Amazon will be receiving a $1.2 million tax credit.

Amazon's foray into becoming a hardware company has been something of a mixed bag so far.

The Amazon Fire Phone, however, has not been so hot. It was released in June to pretty harsh reviews and sales.

No actual figures are being released, but it is speculated that only 35,000 Fire Phones were sold in the first month. By comparison the new iPhone 6 sold 10 million units in its first weekend. Sales of the Fire Phone have been so weak, in fact, that earlier this month the price was dropped to a mere 99 cents for a two-year contract.

Amazon's hardware strategy is interesting: the company does not actually makes any money on the Kindle Fire itself, as Amazon CEO Jeff Bezos has admitted. So what’s the point? Each Kindle Fire is a content driver. Customers are more likely to buy books, magazines, and watch movies and TV shows via Amazon Instant Video, so Amazon can afford the loss in order to undercut competitors Apple and Google. Each Kindle Fire also comes with a free one-month Prime trial, the significance of which will be explained in a moment.

Similarly, Amazon's new projects in the Internet of Things and wearables would likely serve the same goal: to increase sales in other divisions, rather than to make a lot of money by selling hardware.

VatorNews has reached out to Amazon for comment on its new R&D investment. We will update if we learn more.