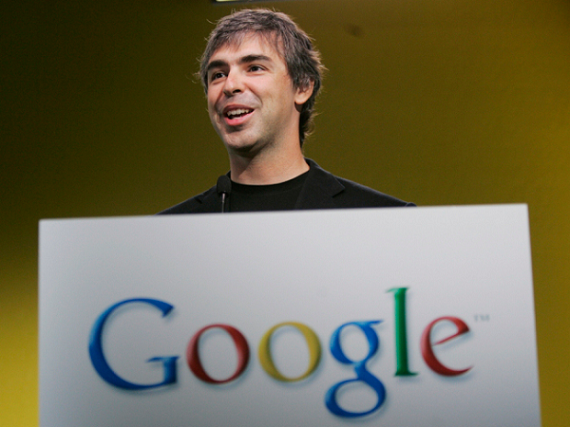 Last summer, Google CEO Larry Page came down with a mystery illness, and was forced to cancel his speaking appearances. It was said that Page had lost his voice but what his actual illness was never revealed.

Almost a year later, Page has finally decided to come forward and reveal the exact nature of his illness, revealing in a lengthy blog post that he is suffering from vocal cord paralysis.

The problem began 14 years ago, Page revealed, when he was diagnosed with left vocal cord paralysis, a nerve problem that causes it to not move correctly.

"Despite extensive examination, the doctors never identified a cause — though there was speculation of virus-based damage from my cold.  It is quite common in cases like these that a definitive cause is not found," Page said.

He also said that the condition never had much of an affect on him "other than having a slightly weaker voice than normal which some people think sounded a little funny" and was told that having the same thing happen to the other vocal cord was "extremely rare."

But that is exactly what happened last summer to Page's right vocal cord.

Though Page revealed that his condition makes it hard for him to now exercise properly since "vocal cord nerve issues can also affect your breathing," and it has softened his voice even further, the tone of Page's post seemed pretty upbeat.

"My friends still think I have way more stamina than them when we go kitesurfing!  And Sergey says I’m probably a better CEO because I choose my words more carefully. So surprisingly, overall I am feeling very lucky," he wrote.

Page also announced that he will be funding a research program through the Voice Health Institute, which will be lead by  Dr. Steven Zeitels from the Harvard Medical School and the Massachusetts General Hospital Voice Center.

Page, who co-founded Google, has been CEO of the company since April 2011, when he replaced outgoing CEO Eric Schmidt.

Google is set to hold its annual developer conference in San Francisco starting tomorrow and it is not clear at this time if Page plans to speak at the event. He was forced to cancel last year due to the same illness.

While the ongoing health concerns of a CEO can sometimes hurt the faith investors have in the company, Page's condition does not seem to be life threatening, nor does it seem like it would be a significant barrier to his being able to affectively do his job.