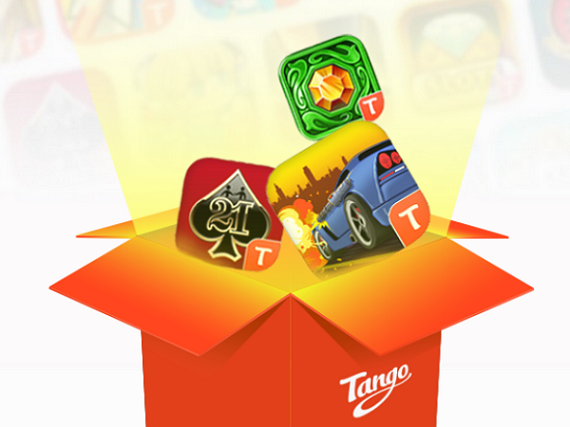 Mobile messaging is hot right now, but one of the more noteworthy apps in the space, Tango, the company that raised $280 million in March, is looking to branch out. Specifically it is looking to expand into gaming.

The company launched its gaming platform in 2013, but is now stepping up development in that department, announcing on Tuesday that it launching a new $25 million fund to get the best game developers onto the platform.

The gaming platform, the company wrote in a blog post, has 'been a big success." It includes a game story, and an SDK  with social features such as leaderboards, friend lists, gifting, and game invites. That, it said, has given it  "a solid foundation for game developers."

Now, the new Global Games Fund, will make it even more enticing for developers to want to build their games specifically for Tango, by getting access to over 200 million registered users.

"This is a major milestone not only for Tango, but the mobile messaging and gaming industries. No other messaging app has made a financial commitment of this size for game developers," the company said.

In addition to the new funds, Tango also revealed that it has hired Jim Ying as its vice president of games publishing. Ying, who was previously VP of Publishing and Partnerships for GREE, actually joined the company back in April. While at GREE he led a $10 million game fund.

"No other messaging app has made a financial commitment of this magnitude," Ying said in a statement. "The Tango Global Games Fund is unique in that it gives developers an amazing opportunity to leverage a leading messaging platform, as well as take advantage of our marketing efforts to launch top-tier games."

For mobile messaging companies, like WeChat and Line, branching out beyond simple messaging seems to be key to success. Gaming, in particular, is a popular way to get users to interact with each other.

Line, for example, offers both games and emoji, or stickers, that customers can purchase and use to communicate with one another as well as personalize their user profiles. Line's revenue in the last three months of 2013 was 12.2 billion yen or $119 million, an increase of more than fivefold from a year earlier. Roughly 60% of that revenue came from its games, while another 20% came from sticker sales.

WeChat also makes the majority of its money from games and stickers. The app is projected to make 6.8 billion Yuan, or $1.1 billion this year and 9.6 billion Yuan next year. About 85% of the money that it makes will come from gaming.

Needless to say, Tango is definitely hoping it will see similar numbers when it gets its own gaming platform off the ground.