POP, an app for turning paper sketches into prototypes for mobile apps, raised $700,000 from ZPark, Golden Gate Ventures, 500 Startups and other investors.

PumpUp, a photo based community for healthy living, raised a $2.4 million seed round from General Catalyst.

WriteLaTeX, a service for creating, editing and sharing scientific ideas online raised an undisclosed amount of funding from Digital Science.

Social Point, a developer of mobile games, raised a $30 million round led by Highland Capital Partners Europe. Idinvest also participated in the round.

FameBit, which connects brands with YouTube Stars to create original video content ,raised a $1.4 million round led by Allen DeBevoise.

Analytics platform Quantifind raised $12 million in a round led by Comcast Ventures and Iris Capital, with participation from existing investors.

Calendar app Sunrise raised a $6 million Series A round from Balderton Capital and existing investors.

EdgeWave, a cybersecurity firm, raised $11 million. $6 million was Series A funding from TVC Capital. The other $5 million was a credit facility from Square 1 Bank.

Swoon Editions, an online furniture business, raised £4 million in Series A funding. Octopus Investments led the round with additional investment from Index Ventures.

FreshBooks, a cloud accounting solution, raised $30 million in a round led by Oak Investment Partners with participation from Atlas Venture and Georgian Partners.

SVIRAL, a developer technologies to solve the problem of inefficient utilization, raised $20 million in funding from Pinetree Capital.

Epion Health, a digital check-in and patient engagement solution, raised a $4.5 million Series A round with Deerfield Management Company.

Timehop, an app that acts a personal social media time capsule, raised $10 million in a round led by Shasta Ventures, with participation from Spark Capital, OATV, and Randi Zuckerberg.

Virtualization startup BlueStacks raised $13 million in a funding round led by Samsung Ventures.

Threadflip, a fashion marketplace for women, raised $13 million in Series B funding led by Norwest Venture Partners, with participation from Baseline Ventures, First Round Capital and Shasta Ventures.

Airware, creator of a hardware, software, and cloud services platform for commercial drone development, raised $25 million in a round led by Kleiner Perkins Caufield & Byers, with participation from Andreessen Horowitz and First Round Capital.

Apache Hadoo distributor Hortonworks raised $50 million in a round led by Tenaya Capital and Dragoneer Investment Group, with participation from Benchmark Capital, Index Ventures and Yahoo.

Edaixi, a Chinese on-demand laundry service, raised $3.2 million in a funding round from Tencent.

Privacy Analytics, a provider of data anonymization solutions, raised $3.5 million in a round led by Vanedge Capital.

Supersonic, an in-app monetization and user acquisition platform, raised a $15 million Series B round led by SAIF Partners.

Dealflicks is Priceline for movie tickets. $40 billion dollars are spent every year on movie tickets, popcorn, and soda, but 88% of movie theater seats are empty. Dealflicks partners with theaters to fill these empty seats by selling movie tickets and concessions for up to 60% off.

Since launching in July 2012, Dealflicks has been featured in CNBC, The New York Times, TechCrunch, NBC, CBS, PandoDaily, Film Journal, and more. Our iPhone app has been featured 4x by Apple, and our Android app at Google I/O 2013. Our annual revenue run rate has now surpassed $1M on 40x+ YoY growth.

Here's our video from Demo Day in February and here's one from July. Here's a current pitch deck and our AngelList profile. Dealflicks is part of Warner Brothers' Mediacamp program and is a 500 Startups accelerator company.

Our mission is to deliver fast and simple invoicing and time tracking services that help you manage your business. We call these Unaccounting Services.

WriteLaTeX is a free service that lets you create, edit and share your scientific ideas easily online using LaTeX, a comprehensive and powerful tool for scientific writing.

WriteLaTeX was founded by John Hammersley and John Lees-Miller, two mathematicians who worked together on the pioneering Ultra PRT Project and who were inspired by their own experiences in academia to create a better solution for collaborative scientific writing. 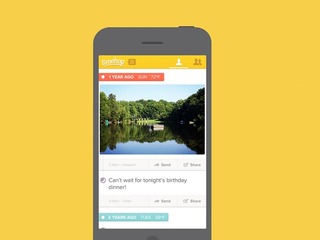 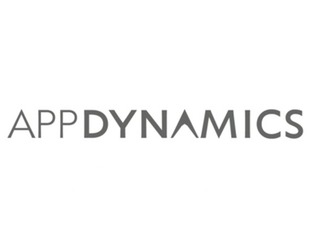