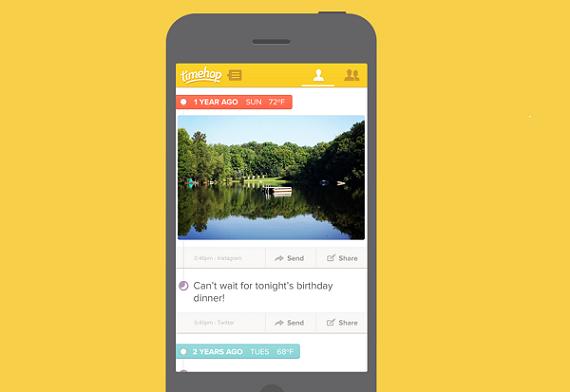 There has been a big movement toward privacy in social media over the last couple of years, with the rise of apps like Snapchat and Whisper and Secret. I get why this is appealing: it's hard to feel secure with what we put on the Internet, given what we now know about the NSA. Plus, if a message deletes itself after 10 seconds, there's much less of a risk of it coming back to bite you a decade from now.

At the same time, though, I've been using social media for over a decade now and I get a kick out of seeing the things that my friends and I wrote to each other when we were 18. Sure, some of it is embarrassing, but its cool that it exists. No previous generation has that ability.

That kind of feeling is surely what explains the success of Timehop, an app that does the exact opposite of the self destructing app: it acts a personal social media time capsule, giving access to a user's social media history. Now the company has just raised $10 million in new funding, it has been confirmed to VatorNews.

Shasta Ventures led the round, with participation from Spark Capital, OATV, and Randi Zuckerberg. Timehop had previously raised $4.1 million, including a $3 million Series A in July of last year.

Timehop will use the new funding to build out both its engineering and product teams, and some management hiring, Timehop co-founder and chief executive Jonathan Wegener told me in an interview. The company currently has 10 employees, and plans to have that number up to between 25 and 30 by the end of the year.

The app has seen tremendous growth in the past year; in July of 2013 100,000 users were opening the app every day. In a single year, that number has ballooned to 3 million opening the app daily. It is currently the fastest growing, and the highest ranked, app in New York City.

It has become to popular, in fact, that Facebook is already creating its own version of the same service, which would show users their top posts from their News Feed from same day the year before.

So what makes this product so appealing? It's that it goes against what so much of the Internet is about, Wegener told me.

"The opportunity is that the Internet is, so far, entirely focused on real time and what’s happening right now. We call it the bark of the tree, meaning the outside edge. The inside of tree is old stuff. We are the trunk of the tree," he said.  "The product all about you, and getting value out of what you’ve done in the past. You've been creating content for years, and our app pays dividend for that."

While he doesn't see the app going beyond the "this day in history" format it currently operates, Wegener said he could envision eventually creating a new product, one that would actually allow users to be able to go in and manually access their entire social media history.

"We are the first major service that is all about the past and digital history, not the real time," he told me. "We allow user to reminsince, talk about and share the past."

The other apps I mentioned at the top of the article have all have recently raised big rounds of funding.

Whisper has raised $60 million in the last fifteen months, from CAA Ventures, Tencent, Thrive Capital, Sequoia Capital, Shasta Ventures and Lightspeed Venture Partners. It raised a $36 million round in May at a reported valuation of $200 million.

And then there's Snapchat, which has raise $120 million from investors such as Tencent, SV Angel, Lightspeed Venture Partners, Benchmark, General Catalyst Partners and Institutional Venture Partners. The company has been valued at $2 billion.

Obviously there is a lot of money in the "privacy above all else" space, but Timehop is also showing that there's plenty of value in keeping our social media histories alive as well. 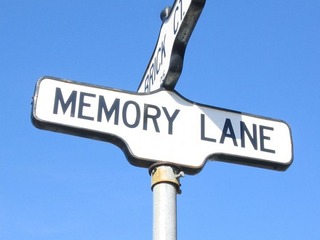 Facebook testing feature to take you back to the past