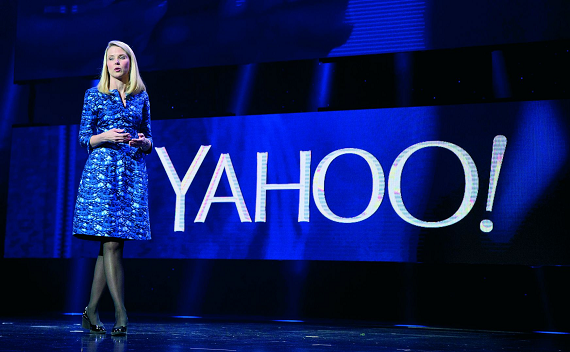 Marissa Mayer's time as Yahoo CEO has made at least one thing clear: video is very, very important to the company's future. It has made numerous deals to launch both classic and original content, and it has purchased a large number of start-ups in the space as well.

The latest is Israeli company RayV, a company dedicated to delivering high-quality streaming video to online and mobile audiences. RayV made the announcement on its homepage on Friday and while no financial terms of the deal were disclosed, it was revealed that the RayV team will be joining the Cloud Platforms and Services Team at Yahoo.

The company made it clear what the advantage will be for RayV going forward: getting access to Yahoo's scale and user base will help the RayV team do things it never would have been able to otherwise, the company said.

"Our RayV adventure now comes to a pivot, and we couldn't be more excited. We believe Yahoo will be a perfect fit for our people and capabilities, as Video and Mobile offerings are a central part of Yahoo’s vision," the team wrote in the blogpost. "Yahoo’s global scale and broad content base, combined with its amazing leadership and appetite for success, creates an ideal environment for our team to thrive and be pushed to the next level."

Founded in 2005, RayV is a web platform that tries to solve the difficulties of streaming HD quality video to large global audiences over the Internet. The company had raised at least $16 million, including an $8 million round in 2007.

Video is, as I mentioned, a space that Yahoo has paid a lot of attention to over the last couple of year with acquisitions, content and apps.

Last year it bought video app, Qwiki, as well as photo and video sharing app Ptch and live concert streaming platform Evntlive. This year, it bought Distill, a provider of a video interviewing and scheduling service for recruiters.

Yahoo also launched a new video-streaming app built for iOS, called Yahoo Screen, in September to allow users to flip through Yahoo's video content, including clips from Comedy Central shows, and original content, such as Ghost Ghirls, which stars Jack Black and Losing It With John Stamos. The company also announced last year that it struck a deal with Broadway Video to exclusively stream 38 years of archived Saturday Night Live footage.

Most recently, Yahoo made headlines when it struck a deal to air the sixth season of cancelled NBC show Community, a move that the company is likely goes as well as Netflix's plan to resurrect Arrested Development last year.

This is Yahoo's eighth purchase this year.

Imagine being able to broadcast HIGH QUALITY LIVE TV to an unlimited number of concurrent viewers.

Use RayV to:
* Broadcast Live to millions at no cost
* Create your own linear TV channels
* Promote your brand by using our embedded player on your website
* Generate Revenue through ads or subscriptions
* Create Your Own TV Offering by distributing other RayV channels
* Join the RayV Community and help others make TV